Today at 4:31 pm by PurpleSkyz

» Would you expect anything else from 2020? RARE and spooky FULL MOON on Halloween

» Testing the association between blood type and COVID-19 infection, intubation, and death

» What are They Hiding? Human Rights Groups Blocked from Monitoring Julian Assange Trial

Today at 7:35 am by PurpleSkyz

» The Little-Known Sordid History Of Psychiatry

Today at 7:29 am by PurpleSkyz

» All Hail the dickheads! – the months of their scamdemic


The following was submitted to us by the person known as “The Asian Insider” (#1). He makes some valid points and so we are sharing them here.

Posts : 338
Join date : 2016-09-29
Age : 56
Location : EARTH-UNIVERSE
So, what you are basically asking for is, "Money" right? Yeah, with QUADRILLION of dollars worth Central Account stashed away in a secret bunker (Remember the HATCH in the TV hit series LOST?) in Indonesia, China and Taiwan, you still need a 20 dollar donation from us poor people? What a bunch of nonsense! Get a life and start telling the truth from today! Otherwise, even your own Cat and Mouse or Dog would start gnarling and growling at you!

Posts : 338
Join date : 2016-09-29
Age : 56
Location : EARTH-UNIVERSE
Please people! I want you all to read my message very carefully. These guys are real CON ARTISTS. Don't believe in a single thing they say, whether they claim they KNOW the Rothschild Family, or they know about the Rockefellers etc. Just ignore them, lock, stock and barrel. Neither does Benjamin Fullford nor does this Keenan guy have ANY IDEA how money world works. The Gold Standard currency system has long been "Abolished". Since 1974, this ancient system was replaced by what we now know as "The Equity based Currency System". Study a bit about Sovereign Wealth Fund and see how these SWFs actually control, circulate, profit from and help poorest of nations build up towards a progressive state. Each SWF has over $50 TRN dollars in their accounts and they hand out at least $5 TRN every year as Lines of Credits for nations that borrow from it to run their governments etc. Sometimes, or more or less, every borrower country, takes such LOCs from these SWFs and never intends to, or returns this loaned amount. It doesn't matter to the SWF because they still do make about 36% interest from their overall lending system. The top banks that work with such SWFs in the "Movement" of money between nations (NATO and NON-NATO) are:
CITI, BOA, HCBC, JPMCHASE, WELLS FARGO, BANK OF ENGLAND, BANK OF BAHRAIN, BANK OF CHINA, ROYAL BANK OF SCOTLAND, DUETSCHE BANK, BARCLAYS BANK, CITY NATIONAL BANK and of course the Mother of all, GOLDMAN SACHS. Every transaction that happens over the WIRE, also known as the CHIPS WIRE TRANSFERS (Clearing House for Instruments and Paper Notes System) the intermediary bank usually makes between 3 and 5% of the transaction amount. Goldman Sachs makes close to 5% of $20TRN every year. So, you can imagine why these BANKS never fail completely. Go and do some research about all these things before sending even a PENNY to these CON ARTISTS like Ben Fullford and Keenan-Sheenan. If you send money to Ben Fullford, the first thing he would do is "Buy 5 Pounds of Marijuana". 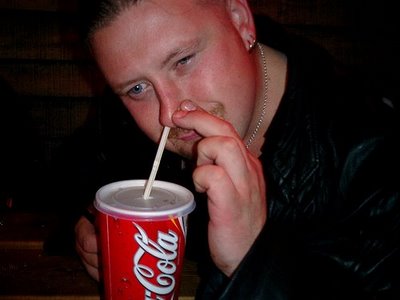 Posts : 338
Join date : 2016-09-29
Age : 56
Location : EARTH-UNIVERSE
Nothing wrong with smoking, yes. But, if you go back to the very first interview that Ben Fullford gave to Kerry Cassidy on Camelot Films, he was appearing a "Little believable" until he mentioned that "5 KG of Marijuana" thing. It all seems like a SHAM for that!!! You know how the Druggie's mind works. They are VERY astute in being the perfect CON MAN to get their next FIX. Then, if BEN if a CON MAN, how can anyone believe in any of this BS? Can you really believe all this nonsense?

I don't believe a single word ANY of them say to be honest. They are ALL fraudsters and donation whores imo. Which is why I archive them here. It is helpful when they jump the shark.

Posts : 338
Join date : 2016-09-29
Age : 56
Location : EARTH-UNIVERSE
I want to draw your attention towards what it can really do to the minds of those who use such drugs, whether they are leaves or plants, or DMT or any hard drugs... Any additional Chemical Flow into your nerves or your brain system, you are artificially kicking it off to THINK rapidly and about things that SEEM out of the ORDINARY in your normal course of being "Aware". In this "Falsely elevated state of consciousness through Psychadelics (Spelling?) the human mind goes haywire, (Please don't mistake my words for BRAIN, I clearly mean the MIND here.). And what follows through is "Seeing UFOs where there is only a distant LAMP POST" or seeing a SHARK when there is only Moon Light reflecting in the night and on the tidal waves of the ocean you are staring at" etc. Likewise all these stories about there being a Central Collateral Account, which the NATO-Alliance doesn't have the POWER to steal from, is completely bogus. Of course, there is something known as the Golden Lily Treasure. The thing is nobody can quantify its real amount and how much in currency it would really be worth today. Well, let them keep smoking whatever they wish to. At least keep them away from spreading such FALSEHOODS -- Because, I once even called Fullford out on his lack of Scientific Understanding of how our IONOSPHERE and STRATOSPHERE work, when he was making a claim that "US Government and the NATO folks now can trigger targeted Earthquakes at any given place, such as China, Haiti, etc with HAARP:" (Hyperactive Auroral Research Program.) In his statement, Ben Fullford was saying "We now have the capacity to throw about 1 BN Watts into the Atmosphere and then what it does is, the bolt from the ground can push the Ionosphere by a few hundred meters outward and then it can be made to rebound and return to earth, at any chosen spot, like targeting China, Russia, Haiti etc." He should understand this simply -- If you send out a BOLT of 1 BN WATTS electrical impulse, then it would just merely continue to surge, even beyond the Ionosphere, it won't get reflected by a CLOUD of gases..." SIMPLE PHYSICS! So, end of story. Case Closed. HAARP is bogus.

BEN FULLFORD / NEEL KEENAN -- Educate yourself a bit, how MONEY works in this world?

I admire Mr. Keenan and the Keenan Group for what they do, especially when speaking of using the GCA as an initiator towards financial restructuring, to assist the world’s disenfranchised populace with free energy and other very advanced technologies; such as healing systems, water purification methods, better schooling; and care for the vulnerable persons of our societies such as the homeless, military veterans, our children, and the elderly.

This is exactly the script of ZAP and Landa China Global and Dave Schmidt.  Makes you wonder how much intel they get from each other and who is making it all up . . .

Red Panda... my observation also. The private group cash in crowd all use the same verbage too. Makes one wonder if they are not all run by the same business. Seems to be big money to be made. :)

PurpleSkyz wrote:Jaguar... no I don't do videos or radio yet. I have considered it but my time is limited to other things presently.

Red Panda... my observation also. The private group cash in crowd all use the same verbage too. Makes one wonder if they are not all run by the same business. Seems to be big money to be made. :)

Posts : 338
Join date : 2016-09-29
Age : 56
Location : EARTH-UNIVERSE
The whole thing about "Quadrillions worth of gold bullion" held inside bunkers in China is a complete hoax. Don't believe in such things please.

Posts : 338
Join date : 2016-09-29
Age : 56
Location : EARTH-UNIVERSE
I'd recommend it very highly. Amazing stuff in it. I learned a lot about Jesus Christ from such books, that would be immediately declared as Apocrypha by the Catholic Church, than the Bible itself. I am not critical of the Bible but I don't understand its very poetic ancient language. I need a very good translation and commentary on each verse by someone who is a scholar in the Bible. There are always many meanings in Parables taught by every single master who has walked on earth, whether it is Jesus, or Mohammed, or Krishna, or Moses, or Abraham, or Adam, or Manu / Noah, or Rama. Or Buddha.