Global Elites Are Getting Ready To Blame You For The Coming Financial Crash Thu Oct 13, 2016 10:19 am

Admin
Posts : 108303
Join date : 2012-01-04
Location : Woodstock Nation
Global Elites Are Getting Ready To Blame You For The Coming Financial Crash 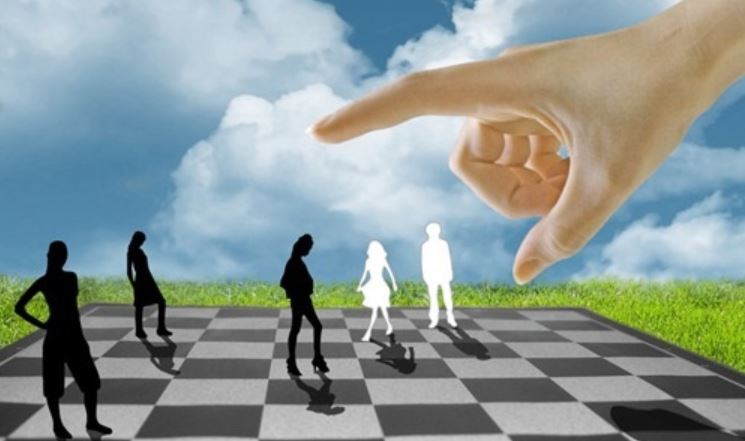 By Brandon Smith
Those people who have any doubts about where the narrative is headed for global economic stability simply have not been paying attention lately.
As I pointed out in my pre-Brexit referendum article, “Brexit: Global Trigger Event, Fake Out Or Something Else? “the story being scripted by the globalists is one of the “failures and crimes” of conservative movements. I predicted that the Brexit would pass based on this language used by international financiers and elites leading up to the vote.
The vast majority of analysts in the mainstream and in the alternative media refused to acknowledge the possibility that a successful Brexit actually works in FAVOR of the globalists, because it provides them a perfect scapegoat for a financial crisis that has been broiling for years and is now ready to burst into flames. I find still that many people will not dare to consider the idea that a successful conservative resurgence is actually part of the plan for globalist institutions. Many argue that the elites just don’t have that kind of pervasive control over the system, or that I am attributing “too much power and ability” to them.

I find this argument rather naive but also interesting, because many of the people who claim the elites do not have such influence were also the same people who argued before the Brexit that the elites would “never allow” the U.K. referendum to pass. So, do they have extensive influence, or don’t they?  This kind of selective blindness to the game being played prevents a whole host of otherwise intelligent people from grasping reality.
These folks need to finally admit to themselves that they were half right; the globalists would not allow the passage of the Brexit, UNLESS, a successful Brexit actually works in their favor.
In my post-Brexit analysis I said that the meme of bumbling and destructive conservatives and “populists” would continue into the U.S. election, and so far it would seem this is exactly the case. In numerous mainstream articles globalists have been openly telling us exactly what is about to happen.
I find that the same naivety that developed during the Brexit campaign has also developed around the Trump campaign. Too many in the liberty movement will not entertain the idea that a Trump win is in the cards. Yet, the elites are using the same language in reference to the Trump campaign that they used before and after the Brexit.
Bloomberg’s latest report on the annual meetings of the IMF and World Bank showcase numerous warnings by the elites:

“The global economy has benefited tremendously from globalization and technological change,” the IMF’s top advisory panel said in a communique released on Saturday after meeting in Washington. “However, the outlook is increasingly threatened by inward-looking policies, including protectionism, and stalled reforms.”
“The IMF warned in its latest economic outlook that rising political tensions over open markets and free trade could undermine a recovery already lacking a growth engine.”
“In a rebuke to those advocating a turn away from trade, the members of the IMF panel redoubled their commitment to “maintain economic openness and reinvigorate global trade as a critical means to boost global growth.”
Barron’s reiterates the predictive programming, insinuating that a loss of faith in globalism and the financial elites will lead to disaster.
“Leaders gathered at the International Monetary Fund/World Bank annual meeting didn’t mention Donald Trump by name this week, but they warned the anti-trade and populist movements fueling his presidential campaign, as well as Brexit, could further slow already anemic economic growth.”
“…Populist movements have not fallen on deaf ears, with German Finance Minister Wolfgang Schaeuble noting during a panel on the global economy that: “More and more, people don’t trust their elites. They don’t trust their economic leaders, and they don’t trust their political leaders.”
Globalists are telling us what is about to happen.
I continue to hold to the position I always have — that Donald Trump is going to be ALLOWED into the White House, and that this will be a prelude to economic crisis. The stage is being set for a grand finale to our ongoing financial collapse. The great villain behind the whole disaster will be revealed, and we will be told that the villain is us.


Are we not guilty? We believed a lie and should be condemned for it? Right?