OUT OF MIND » THE INSANITY OF REALITY » GOVERNMENTS & THE NEW WORLD ORDER » Did Obama's raid on Abbotabad really end up in OBL's killing?

Did Obama's raid on Abbotabad really end up in OBL's killing?

Posts : 340
Join date : 2016-09-29
Age : 58
Location : EARTH-UNIVERSE
How many of you really believe that the Abbotabad Raid end in the real killing of the dreaded terrorist we all know from many years, as OSAMA BIN LADEN? 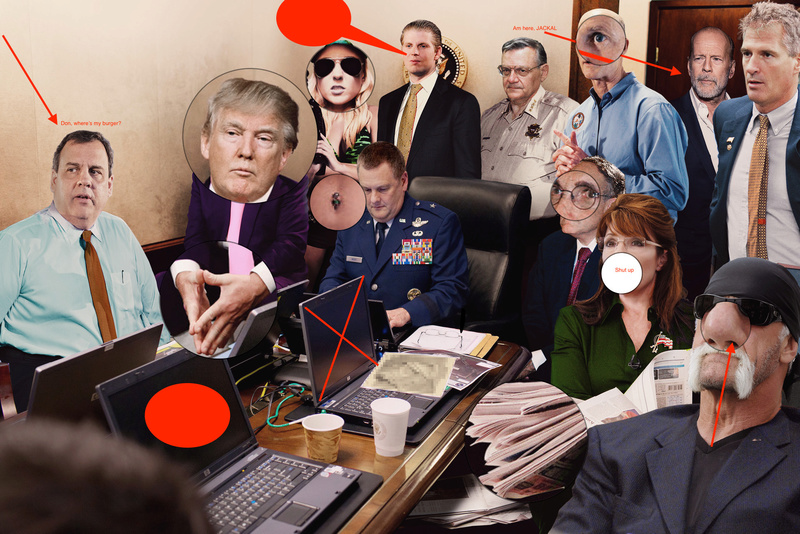 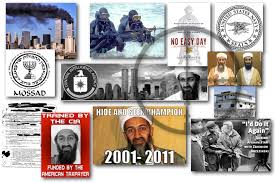 Admin
Posts : 106821
Join date : 2012-01-04
Location : Woodstock Nation
I don't! I think the reports of him living in Jamaica might very well be true though he could be almost anywhere. Probably visits Disney World on a regular basis.

Praise be to God and prayers and peace be upon our Prophet
Muhammad and his followers and companions.

I, Usama Bin Muhammad ‘Awadh Bin ‘Abud Bin Laden, have signed
below. In regard to the money that is in Sudan, it is about 29
million dollars. According to the mediator, I have received one-
million one-hundred thousand in Sudan, eight-hundred thousand in
Jalalabad, and then about one-million two-hundred fifty-thousand
in Qandahar. I received twelve million dollars from my brother
Abu Bakir Muhammad Bin ((Laden)) on behalf of Bin Laden Company
for Investment in Sudan. I hope, for my brothers, sisters, and
maternal aunts, to obey my will and to spend all the money that
I have left in Sudan on Jihad, for the sake of Allah. Also, I
need you to take 1% from the total and give it to Shaykh Abu
Hafs al-Mauritani. By the way, he has already received 20,000-
30,000 dollars from it, he said. I promised him that I would
reward him if he took it out of the Sudani Government. I also
told brother Engineer Abu Ibrahim al-Iraqi Sa’ad ((Jawhar)) to
cut 1% as a reward for his hard work in Wadi al-‘Aqiq Company,
and I think he has already have done that. If not, I want you to
give him what I promised him. The conversation about the money
in Sudan is over. I want three-hundred thousand riyals to go to
my Uncle Master Muhammad Bin Umar al-((‘Attas)) and his
children. I want 20 of gold to go to Khadijah Umm (mother) of
‘Ali, the daughter of ‘Abdullah al-((Jilani)). I want my uncle’s
sons, sisters, and maternal aunts to have two pounds of Hujazi’s
gold for each one (male) and one pound of them and Hujazi’s gold
for each one (female). I want you also to cut from Sudan’s money
200,000 riyals for my sisters Maryam, Iman, and ‘Atidal, for the
total of 600,000 riyals. I want for my son Sa’ad Bin Usama and
his mother to share a half of his portion and my daughter
Khadijah, the daughter of Usama, half of the daughter’s share.

OUT OF MIND » THE INSANITY OF REALITY » GOVERNMENTS & THE NEW WORLD ORDER » Did Obama's raid on Abbotabad really end up in OBL's killing?

» BREAKING CBS NEWS - OBAMAS BIRTH CERTICATE FAKE- CONFIRMED
» "Obamas and others snuck off to Wells Fargo Bank to transact your Iraqi Dinars ", White Hats Report.
» Why Did the FBI Raid This Solar Observatory?
» UPDATE - FBI raid in Sterling VA
» On Trump Raid, Democrats Say ‘No one is above the law’ except...