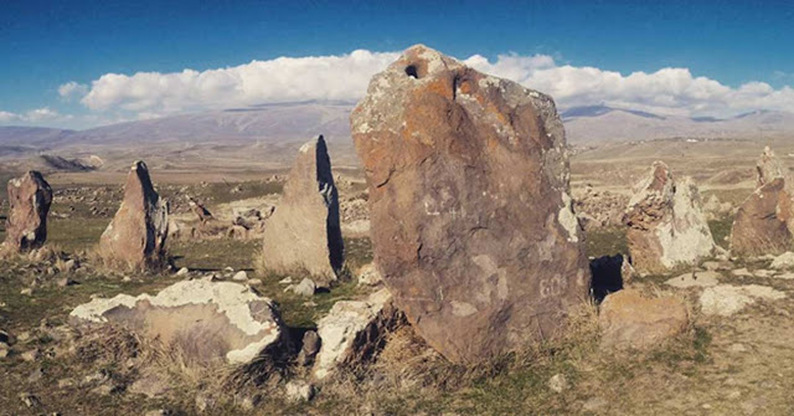 Armenia is a country full of archeological surprises. It is a country where mysterious stories appear at every corner, and most of them still wait to be solved.

However, one of the greatest stories of prehistoric Armenia relates to the Army Stones, a riddle hidden between a marvelous construction of megaliths.

Zorats Karer is also known as Carahunge, Karahunj, Qarahunj. It is located in an area of around 7 hectares and covers the site nearby the Dar river canyon, close to the city of Sisan.

The ancient site is often called the "Armenian Stonehenge," but the truth of what it is may be even more fascinating.
​According to researchers, Zorats Karer could be among the world's oldest astronomical observatories, and is at least 3,500 years older than British Stonehenge.

The site was rediscovered in 1984 by a team led by researcher Onik Khnkikyan. After a few months of work, Khnkikyan concluded that the site of Zorats Karer must have been an observatory.

Moreover, with time, Armenian archeologists, astronomers and astrophysicists found that there were at least two other ancient sites important for prehistoric astronomy in the vicinity: Angeghakot and Metzamor.

In 1994, Zorats Karer was extensively analyzed by Professor Paris Herouni, a member of the Armenian National Academy of Science and President of the Radio Physics Research Institute in Yerevan. His expeditions revealed a great deal of fascinating information about the site.

First of all, his team counted 223 stones, of which 84 were found to have holes. They measured the longitude, latitude and the magnetic deviation of the site. The researchers also created a topographical map of the monumental megalithic construction, which became the basis of further work.

Finally, the main treasure of the site was unearthed – a collection of many impressive and unique astronomical objects. 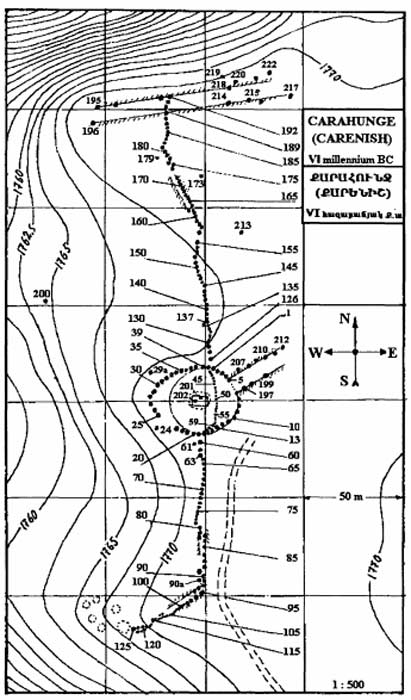 ​The stones are basalt, somewhat protected by moss but smoothed by the rain and wind and full of holes and erosion. Many of the stones were damaged over time.

In ancient times, the stones were shaped and arranged in what are known as the north and south arms, the central circle, the north-eastern alley, the separate standing system of circles and the chord.

The stones are between 0.5 and 3 meters tall and weigh up to 10 tons. Some of them are related to burial cists.
The researchers are almost sure that the site had at least two meanings — ritual and scientific. According to the Armenian tradition, the name of the site comes from two words car (stone) and henge (sound).

The Speaking Stones of Armenia

Between the years 1994 and 2001, Zorats Karer was examined on several occasions by radio physicists. Even the famous archeo-astronomer Gerald Hawkings arrived to see the fascinating site.

A team of German archeologists suggested that it is an impressive Middle Bronze Age necropolis or the remains of a Hellenistic city wall. These claims did not convince other researchers.

Finally, a number of researchers concluded that the monument is at least 7,500-years-old, but possibly much more.

It is believed to have been created for ritual reasons and the need to understand the movements of the sun, moon and stars. The people who created connected their beliefs with the early science of astronomy.

It seems that the main functions of the observatory, which was also a temple, were to serve in the cult of the Sun god of early Armenians, to provide protection through cultivating the Armenian god of science, to serve as a school, and to function as an observatory. 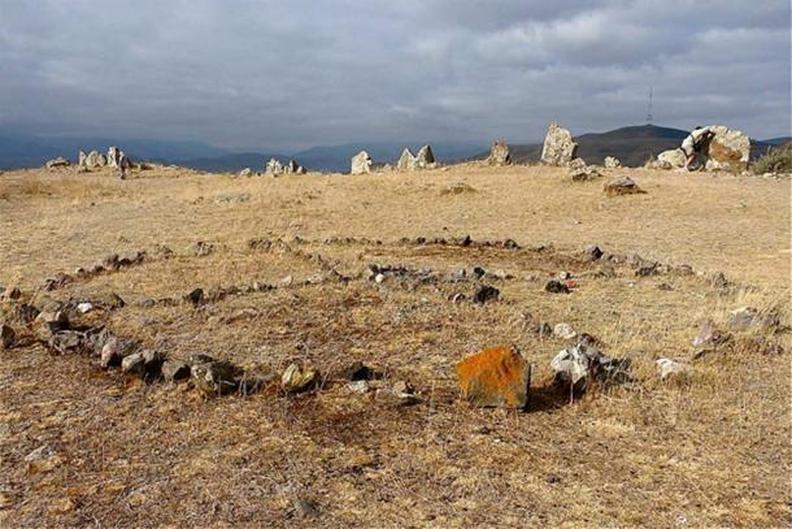 Searching for the stars

Artifacts discovered on the site of Zorats Karer are now held in a small, local museum. Among them are stones with petroglyphs and grave goods from Bronze Age cist burials.

The researchers believe that the site still contains many secrets. However, due to a lack of funds, excavation work cannot be continued as intensively as the archeologists would like.

Many people continue to visit the site searching for answers related to astronomy. They bring telescopes, and choose the dates which are the best to observe planets, the moon, and stars.

It seems that the site of the Zorast Karer remains to this day a perfect place to observe the sky.