The Fifth Estate Casts Its Shadow Like a Massive Mothership

Before Long the Mainstream Media Will be History

The biggest story on planet Earth has gone virtually unnoticed.

Cosmic Convergence Research Group
It is now common knowledge that whoever controls the media effectively controls the world.
Whoever Controls The Media Controls The World
Those who do control the entire planetary realm are only able to do so because they have controlled the mainstream media for as long as it has been in existence.
This ironclad control has enabled the World Shadow Government to exert power over the flow of information throughout every sphere of life for centuries.
In fact, it is the Fourth Estate that held the true power over the other three.  Only by the power of the press is the WSG able to keep the governments and corporations in the world in check.

Who REALLY Controls The Mainstream Media?

Since the advent of the Internet in 1995, the Fifth Estate has been growing by the day.  It has taken over 20 years for it to really come into its own.  2016 will be long remembered as the year when the Fifth Estate became a force unto itself, so much so that it is profoundly affecting the outcome of this year’s U.S. presidential election.
The campaign season of this election cycle has been the most dynamic and electrifying, surprising and captivating in American history.  No one has ever seen anything like it. Because the nation still finds itself steeped in the depths of the Great Recession, there are millions of young adults out of work.  Many of them live at home with mom and dad and with very few possessions but a smartphone or a tablet, laptop or desktop.
It is in this environment that the citizen journalist has been born.  They are by and large unemployed, bored and angry that the American Dream has eluded them.  Some of them believe that the dream has become an American nightmare and want to know why.  As they seek answers to this inquiry, they are stumbling upon long-hidden truths that have made them deeply distrust the mainstream media (MSM)…with a vengeance
The MSM is comprised not only of all print, video and audio forms of media
but also book publishing, movie production, music production, TV programming, social networks among others.
So here’s the context: While the banksters bankrupted the USA in order to swell the ranks of the jobless and unemployed, especially among the youth who they intended to fight their unlawful and unprovoked wars of aggression around the world, something unexpected happened.  The banksters unwittingly created an army of writers and bloggers, e-book authors and essayists, Facebook posters and Twitter tweeters, YouTube video producers and Instagram photojournalists.
What else was there to post about this year but the exceedingly dramatic 2016 presidential election, as well as the coming Second American Revolution.  No matter what side of the fence these folks are on, they are busier than if they had a 9 to 5 with the local corporation. And they’re loving every minute of it because they are learning how the world really works. And why they really have no job … or even a prospect of a job. 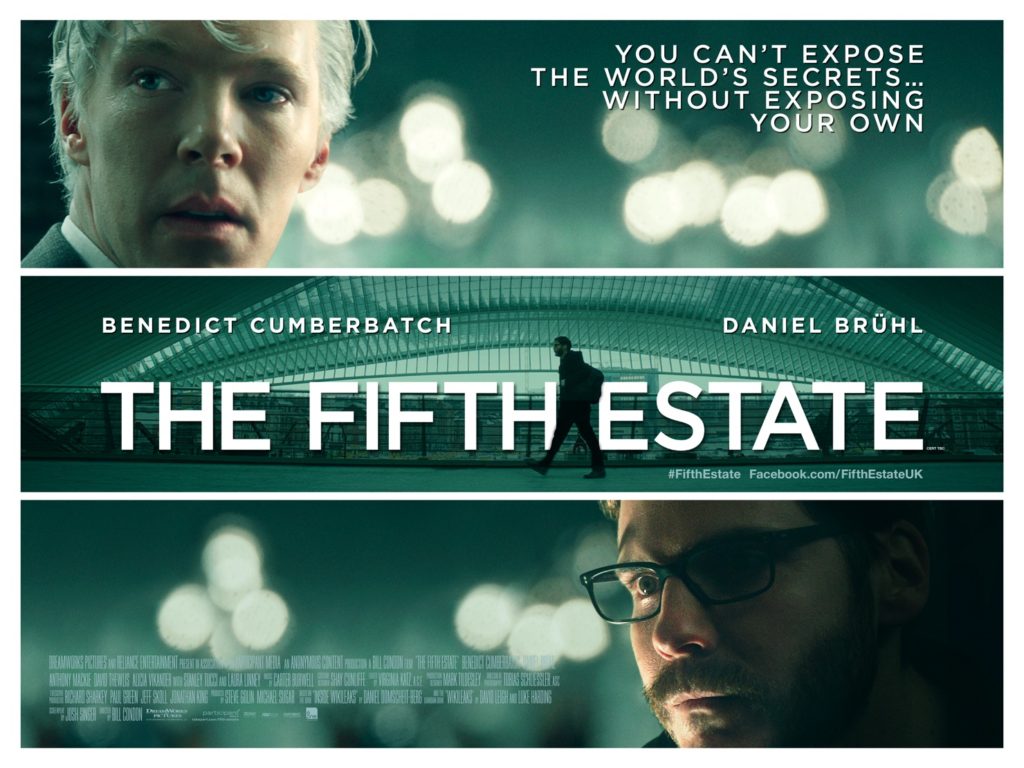 The rise of the citizen journalist

The Internet is the place where many will find their future job.  Not the one working for a Fortune 500 corporation; rather, a real job that will assist with the transformation of post-modern society.  As these young Internet practitioners expand their skill sets, deepen their knowledge base, and broaden their experience, they have quickly acquired the right stuff to function as a one-person, multi-media platform.  This single development has contributed significantly to the rapid establishment of the Fifth Estate.
As a matter of fact, the now defunct specialty of investigative journalism has seen a massive rebound.  These young journalists have no advertisers to appease and can therefore go after whatever they choose to investigate.  Bloggers and videographers are tearing up the terrain with their incisive blogs and documentaries, respectively.  Upstart authors are now writing Pulitzer Prize level reports and series on topics ranging from the Holocaust Industry to the Rigged 2016 U.S. presidential election, from the US Government-coordinated terrorist attacks on 9/11 to the CIA-conducted assassination of John F. Kennedy.
These citizen journalists all share one thing, and that is a passion for the truth.  They see a world in total disarray and are desperately trying to make some sense of it.  In their ardent search for the truth they unwittingly find themselves becoming world-class journalists. And it is only their pursuit of the truth that has set them free from the ranks of the unemployed.
Not only do these folks have control of their destiny, they are not bound to a corporate agenda like their parents and grandparents were.  They are free to think for themselves and to follow the truth wherever it leads them.  Such a liberation of genuinely creative energy has created a supernova in the firmament of media.  So many young journalists have been born into their Internet-based profession that there is now a crowded field to be dealt with.  This has forced many into various specialty niches which has posed a real threat to the MSM journalists who are now primarily generalists because of the severe budget cut over several years throughout that industry.


“The Truth Shall Set You Free”

The MSM is soon to be overwhelmed by the Alt-Media.  Little did the controllers of this planetary realm know that one day — in the not-too-distant future — they will see a world transformed by the vast number of truth-speakers and fact-writers who they helped create. Their readership and viewership will be filled with billions of souls who are likewise truth-seekers who know that the MSM is positively not the place to find it.
Truly, this rapidly evolving saga is “The Greatest Show on Earth” at this very moment in time. It is a global drama of such epic proportions that soon the entire planetary civilization will have gone through an unparalleled metamorphosis.  For as We the People of the American Republic find our voices and put our pens to paper and take to our keypads to speak truth to power, so, too, will the peoples of the world.
When the Alt-Media becomes an echo chamber of truth that replaces the MSM echo chamber of falsehood, the world will have taken a great leap forward toward the restoration of both personal and national sovereignty.  It is only in that global context that the world community of nations will experience a durable peace and genuine brotherhood. Then, many things like political integrity and social equality, economic stability and financial security, religious tolerance and racial respect, civil justice and environmental protection, will all occur naturally and spontaneously.
These are only some of the ways that “The Truth Shall Set You Free”. 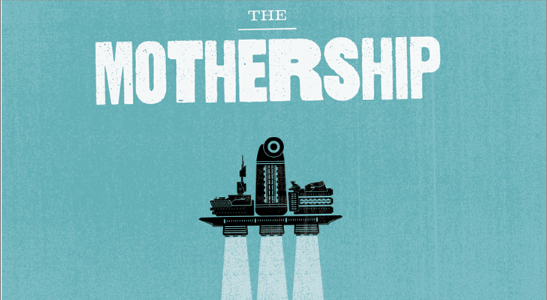 There is a very powerful and fast-growing movement afoot that identifies with the meme of the MOTHERSHIP.  One of the various tag lines of this extraordinary phenomenon, that is quietly manifesting under the radar, is this:

For the uninitiated, the emerging Fifth Estate is BIG MOTHER.  The slowly dying Fourth Estate is Big Brother.  There is no question that the tide is gradually changing.  And that the traditional control of information is being altered in profound and fundamental ways. Hence, it is only a matter of time — a relatively short period of time — that a veritable sea change will occur on planet Earth.
Think of it this way:  Were a massive MOTHERSHIP to  slowly glide across the sky over New York City … and then Washington, DC … and then Miami, Florida, on the very same day, would not the whole order change in a day and a night?!  The Alt-Media is like a MOTHERSHIP that is slowly approaching Earth as it disseminates forbidden truth and lost information, deep wisdom and esoteric knowledge across the entire planetary realm.
Then, one day, when nary a soul expects it, looming over the horizon, is this inconceivably enormous MOTHERSHIP casting a shadow the size of a solar eclipse.  Imagine that out of that MOTHERSHIP comes darting a multitude of smaller starships, each one carrying a payload of truth and banner of justice.  More than likely every reader of this post has already contributed to this Project Multi-media Mothership.   If you have a simple blog or a Facebook page, a website or a Twitter feed, a YouTube channel or an Instagram account, you have already set loose your starship into the skies of planet Earth via the World Wide Web.


It’s time to get on board the MOTHERSHIP

Welcome Alt-Media warrior!  You have just been baptized into the Fifth Estate. Please do not take your responsibilities lightly, you just may be the one everyone is waiting for to post that vital piece that finally takes the whole God-forsaken System down, once and for all!
Cosmic Convergence Research Group
October 24, 2016
Recommended Reading
The Multi-Media MOTHERSHIP Platform: Beta Version
___
http://cosmicconvergence.org/?p=16644