9 Types Of Cancer That Can Be Killed By Cannabis

Cannabis has been making a lot of noise lately, as multiple states across the U.S. and countries around the world have successfully legalized medical Marijuana.

Cannabis, also known as marijuana, is a plant grown in many parts of the world, and has been used for medicinal purposes dating back to ancient times. It produces a resin containing compounds called cannabinoids. These Cannabinoids are active chemicals in Cannabis that cause drug like effects throughout the body, including the central nervous system and the immune system. Some of these cannabinoids are psychoactive and act on the brain by changing mood or consciousness. Cannabinoids can be taken by mouth, inhaled, or sprayed under the tongue.

Studies of The Therapeutic Properties Of Cannabis 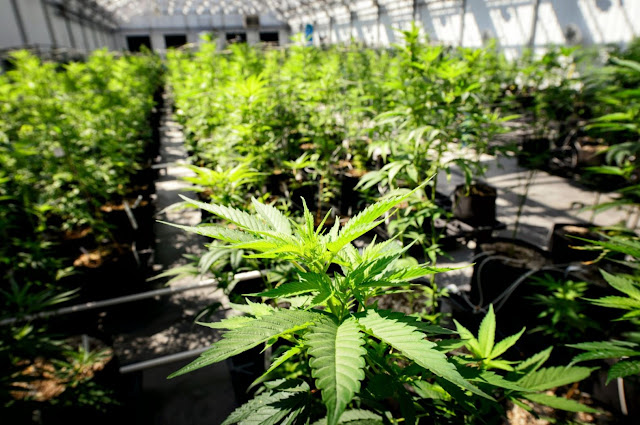 Cannabis and cannabinoids have been studied in the laboratory and the clinic for relief of pain, nausea and vomiting, anxiety, and loss of appetite. Two cannabinoids (dronabinol and nabilone) are drugs approved by the U.S. Food and Drug Administration (FDA) for the prevention or treatment of chemotherapy related nausea and vomiting.

However, the therapeutic potential of cannabis almost appears limitless, as it extends far beyond just relieving nausea or pain in the terminally ill. Christina Sanchez, a molecular biologist from Compultense University in Madrid, Spain, has been studying the molecular activity of cannabinoids for more than 10 years, and during this time she and her colleagues have learned that tetrahydrocannabinol, or THC, the primary psychoactive component of cannabis, induces tumor cell “suicide” while leaving healthy cells alone.

This discovery was pretty unexpected, as Sanchez and her team had actually been studying brain cancer cells for the purpose of better understanding how they function. During this process, they observed that when exposed to THC, tumoral cells not only ceased to multiply and proliferate but destroyed themselves, both in lab tests and animal trials. This was first reported on back in 1998, and published in a paper on the anti-cancer effects of THC in the European biochemistry journalFEBS Letters.

The Human Body is Designed to Utilize Cannabis Compounds

Research in the 1980s revealed that the human body contains two specific targets for THC. There is a framework known as the endocannabinoid system, that processes THC and other cannabinoids, along with containing various cannabinoid receptors throughout the body that utilize them. Together, these two natural systems allow the body to benefit from the cannabinoids found in cannabis, some of which aren’t found anywhere else in nature. The endocannabinoid system regulates a lot of biological functions: appetite, food intake, motor behavior, reproduction, and many, many other functions. And that’s why the plant has such a wide therapeutic potential.

Studies in mice and rats have shown that cannabinoids help to inhibit tumor growth by causing cell death, blocking cell growth, and the development of blood vessels needed by tumors to grow larger. Laboratory and animal studies have gone on to show that cannabinoids can kill cancer cells while protecting normal cells.

A laboratory study of cannabidiol (CBD) in human glioma cells showed that when given along with chemotherapy, CBD made the chemo more effective, and increased cancer cell death without harming the normal cells. Studies in mouse models of cancer showed that CBD together with delta-9-THC may make chemotherapy such as temozolomide more effective.

Other Effects of Cannabinoids Include:

» 5 Common Types Of Neuropathic Pain That Cannabis Can Treat
» Stan Found Cannabis after Chemo and Radiation Almost Killed Him
» Who Killed The Pharma Tycoon Who Was Developing A Cannabis Pill?
» As Americans Distracted by Impeachment, Congress Silently Killed Cannabis Reform—Despite Support
» Arnie & Anna ~ Yes…they can kill me… They killed Kennedy…They killed Finicum… How many will sacrifice all for you before you act?