Former CIA Operator Steve Pieczenik: “Nibiru is Real, and Hillary Knows”
Former CIA operator Dr. Steve Pieczenik has surfaced from the shadow world to warn American citizens about a clandestine coup instigated by the Clinton campaign. Steve Pieczenik, MD, PhD, is a psychiatrist, former United States Department of State official, author, and publisher. He Studied at Cornell, Harvard, and the Massachusetts Institute of Technology; his credentials are unimpeachable.  He also

worked as a spook, a psychological intelligence officer, with the Central Intelligence Agency. Last week, he published a YouTube video asserting that he—and other former intelligence operatives—is currently involved in an electronic counter-coup to prevent Hillary Clinton from reaching the White House. According to Pieczenik, he and his associates provided WikiLeaks founder Julian Assange with the controversial emails that have mired Hillary Clinton’s presidential campaign.
Moreover, our Washington source, a former Federal agent and friend of Dr. Pieczenik, provided alarming information on yet unreleased Clinton emails. He spoke privately with Dr. Pieczenik, and learned a truth that could shake the world to its core.
“We have yet to provide Assange with all the emails,” Pieczenik told our source. “Nibiru is real, and Hillary Clinton knows about it.” A “top

secret” email, siphoned from Clinton’s controversial private email server, paints a sinister picture, proving that Clinton helped orchestrate a Nibiru dis-information campaign while she served as Secretary of State in 2010.
The Clinton authored email was sent to Frank Podesta and Huma Abedin. It outlined a comprehensive, sinister plan to employ dis-information specialists to psychologically influence public opinion about Nibiru, said to be a brown dwarf star and seven orbiting planets on a near collision course with Earth.
An excerpt from the unreleased email reads: “According to latest NASA/NSA research, the object currently known as Nibiru/Planet X is rapidly approaching the inner solar system. Its effects are being felt on the planet already. We must contain this until the last possible moment. Please immediately use all possible, plausible sources to discourage people from believing such a threat exists. To sway/condition opinion, sources must infiltrate/coopt commonly accessed internet forums/websites.”
The 5,000-word email contains additional information on Nibiru’s threat to planet Earth, including, our source says, an expected date of arrival.
“When I spoke to Dr. Pieczenik, he was gravely concerned,” our source said. “He has information that will cripple Hillary’s campaign. The

Nibiru information is his ‘ace in the hole.’  He and his people are guarding this information with their lives.”
Pieczenik and his team are eager to scuttle Hillary’s presidential bid, but admit hesitation at releasing the ‘Nibiru email’ because Donald Trump has promised to denudate the three-decade cover-up if he wins the election.
“We would rather Trump or Putin address this issue,” Dr. Pieczenik confessed. “But if necessary, we have taken steps to ensure this information goes public prior to Election Day. We have faith in both Donald Trump and President Putin.”
Dr. Piecznick and his team have taken drastic measures not only to ensure the truth goes public but also to guarantee the safety of his friends, family, and associates.  He sent his family to an unnamed non-extradition country to protect them from Clinton retaliation.
“We will closely watch the electoral map and the polls,” Dr. Pieczenick said. “Two days before the election, if it appears that Hillary will steal it, we will forward the Nibiru to Assange.”

Trump To Announce Nibiru During Victory Speech
An inside source with close ties to the Trump campaign provided shocking information as to Donald Trump’s plans for election night. If he wins the election, Trump will reveal the existence of Nibiru—said to be a brown dwarf star and seven planets on a near-collision course with

Earth—during his victory speech. The information stems from a source with unimpeachable credentials, a friend and associate of the Republican nominee. For this to happen, however, Trump must diminish Hillary Clinton’s four-point lead in the polls, or prove the pollsters wrong and win the election in a landslide.
Hillary Clinton, on the other hand, belongs to a cabal devoted to concealing the truth about Nibiru until the last possible moment, in hopes that she and her elitist friends can weather the storm in underground bunkers and rise to build the world anew once the dust settles.
“President Trump will not permit this charade to continue,” our source said. “He knows Hillary’s plans, and, sadly, she knows his—that is why Clinton is desperate to stop him. But Trump will prevail, and once and for all demolish the Nibiru cover-up, allowing Americans to take whatever actions they deem necessary to prepare for the worst possible scenario. You know, a lot of people have wondered why Trump has not devoted more than just one-hundred million dollars of his own money toward the campaign. Well, he’s been putting that money to a much more important issue.”
Unsealed records, obtained via the Freedom of Information Act, indicate that Trump has spent over thirty million dollars on Nibiru

research. He enlisted the aid of prominent, ostracized NASA scientists, people like astronomers Paul Cox and Dr. Stephen Greenbaum, to study Nibiru’s expected impact on Earth. Trump’s scientific advisers admit that Nibiru will ravage the earth, but have posited that Nibiru will not arrive until the winter of 2019, a significant deviation from previously established forecasts.
“Future President Trump has high confidence in his scientific team,” our source said. “He will use the added time to warn and help prepare Americans to survive the Nibiru cataclysm. He will fulfill his promise to President Putin. Unless they get to Trump first. But he’s well protected. You saw what happened in Reno.”
Saturday afternoon, a protester disrupted a Trump rally in Reno, Nevada. Austyn Crites, a Democrat posing as a disgruntled Republican, attempted to incite a mass riot during Trump’s second really of the day. The United States Secret Service rushed into action, whisking Trump off the stage before Crites neared the podium. Against the advice his protective entourage, Trump triumphantly returned to the stage to finish delivering his message to the American people. We later learned that Crites has a criminal arrest record and is a known agent

provocateur employed by the Democratic National Committee. The secret service discovered a pair of silencer-equipped .45 caliber handguns, a miniature flame-thrower, and a pocketknife on his person.
“Hillary Clinton has demonstrated her willingness to stop at nothing to stop Trump,” our source said. “This potential assassination attempt shows her resolve to eliminate Trump before election night. Regardless, Trump will prevail and tell the world about Nibiru, hopefully on election night.”
Following Hillary’s concession announcement, President-elect Trump and special guest astronomer Paul Cox will take center stage and warn the world about the forthcoming Nibiru cataclysm.
“This will be the most Earth shattering annoucment ever made,” our source said. “Donald Trump is a caring man. A man of principle and character. He is a family man who loves his wife and children. He wants people be aware of the threat while he and his team try to find a means to stop that threat.” 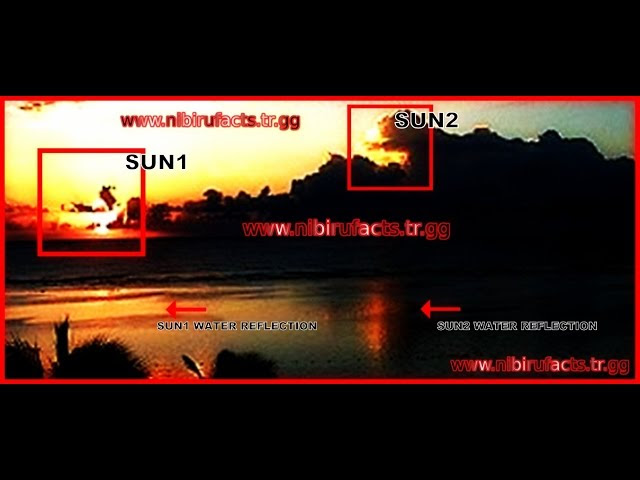 erwing commented: The correction of the path of Nibiru is made by Soltec; An astrophysicist of the Galactic Federation. According to the report, Nibiru will pass in parallel parallel to Mother Earth, distant enough; As if to induce chaos. The above data was given at least three years ago.