The objects were clearly visible for a relatively long period of time. Their spherical design and brightness emanating from them make this sighting impossible to miss, even with the naked eye. At one point, we can see one of them shutting down its lights and thus becoming invisible for a few seconds, before turning bright again. Such a behavior indicate these may be the notorious orb UFOs that keep showing up everywhere across the globe.

Most UFOlogists believe extraterrestrial vessels use many types of energy, electricity being just one of them, and have methods (unknown to us) for harvesting it from sources we can’t possibly imagine. The web is full of footage of UFOs plunging in active volcanoes or gathering water from the oceans, and the vast amount of electricity produced by a thunderstorm should also serve as their battery recharger.

This theory is also backed by the earlier video, as the UFO seems drained of power and seeking lightning and slowly moves towards it.

The authenticity of the video is undeniable, the quality is not too good or too bad. Just before the 1:20 mark, as a powerful bolt of lightning splits the sky, it also illuminates what seems to be a gigantic mother ship, incorporating the 7 round bright lights. Throughout the recording, the peculiar orbs become even brighter whenever lightning strikes, indicating the possible moment when they capture energy.

Could the visible structure behind the small UFOs be in fact a mothership recharging?
This incident is almost identical to the one in Phoenix, Arizona. Back in 1997, strange lights lit up the sky, leading authorities into believing that the luminous objects were in fact signaling flares used by the army. This is not the case however, as there was no military or industrial testing of any kind anywhere in the area when the footage was captured.
Furthermore, flares wouldn’t even be visible in a bright storm such as this one, let alone be made more visible by lightning. But, this time, authorities haven’t even bothered giving an explanation.
Some skeptics suggested the bright dots are nothing more than drones, but since the autonomy of drone battery can’t hold for more than five minutes, not to mention the harsh conditions imposed by the extreme weather, such a possibility is extremely unlikely.
However, since the military has technology way ahead of our time, it’s possible that their new toys are being tested in the storm. If they have indeed achieved such a feat, than the moment when Project Blue Beam will impose a new world order isn’t as far as some would expect.
The matter remains debatable since numerous ufologists consider the objects you’re about to see in the video to be clear evidence of extraterrestrial activity. Although some consider our earthly technology less evolved than that of aliens, the possibility of world governments being in close relationship to these otherworldly beings, sharing technology in exchange for abduction programs and tons of data may be why their wrong.
If there’s indeed a pact between humanity and extraterrestrials, it could explain why there’s so many breakthrough discoveries going on right now. Whatever the case, we are yet to find out what these ‘higher forces’ have in store for us.
Watch the video and judge for yourself. What do you think?

UFO Over Fresno Could Be Sign Big Earth Quake Is On Its Way, Nov 2016, UFO Sighting News. 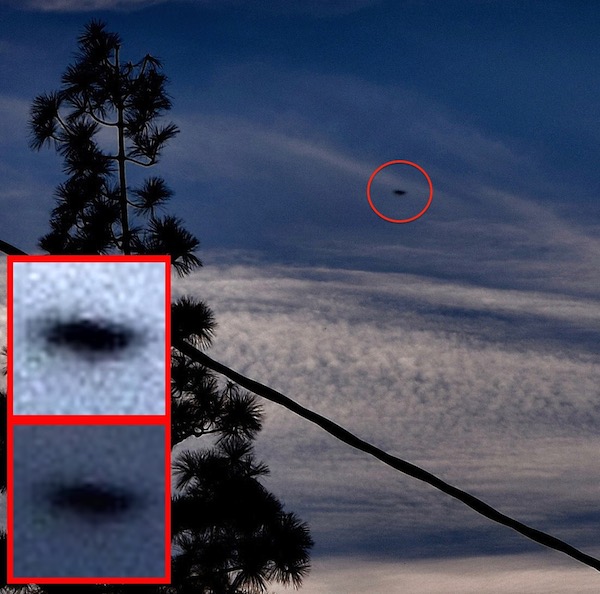 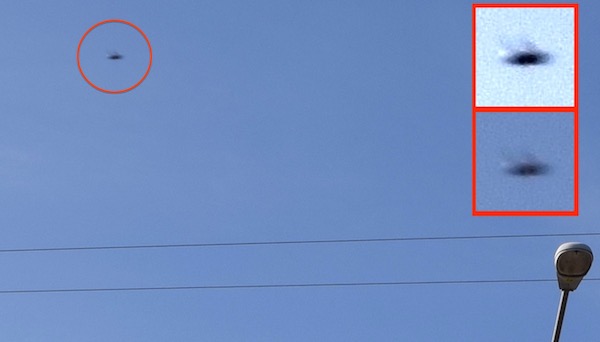 It the photos above you can clearly see a flying disk over Fresno this week. The disk appears to be metallic and has a blur around it. The blur was explained long ago by Bob Lazar of Area 51, who said, the blur is associated with the propulsion of the craft. I agree, every points to this being an alien craft over Fresno, but its kind of brazen to be over such a high populate area, unless they examining the San Andreas quake line. This may be a sign of a very big earth quake coming.
Scott C. Waring

Eyewitness states:
I was in my backyard in Fresno,Ca. I was taking random photos of the sky just before and during sunset. The weather was warm with scattered light clouds. I did not see the object in question I only saw the object on my photo after I uploaded it to my Mac iPhoto. I was very surprised and taken back when I captured another UFO on my photos. This clearly did not look like a typical plane. This object was ovals/disc shaped and solid black with no windows, wings and not sound. It must have travelled fast since I did not see it. I was the only person in my backyard. This happened on November 11, 2016 around 6pm or so. I have over 200 photos of UFO's that I have when I take random photos of the sky. Some photos have one other may have three objects. I do not have photoshop. I own a Nikon D3300. I have also included other photos to share. 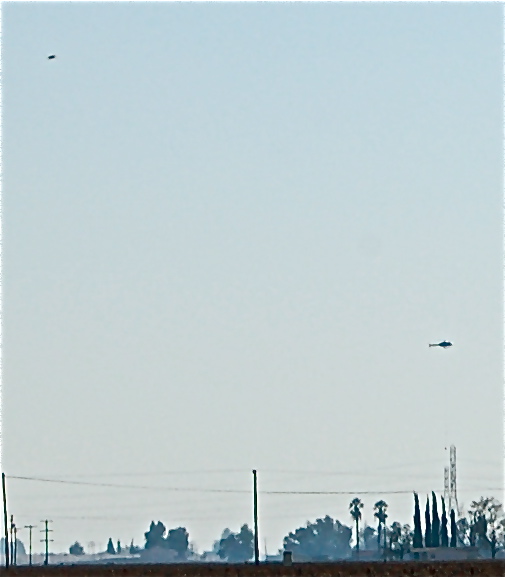 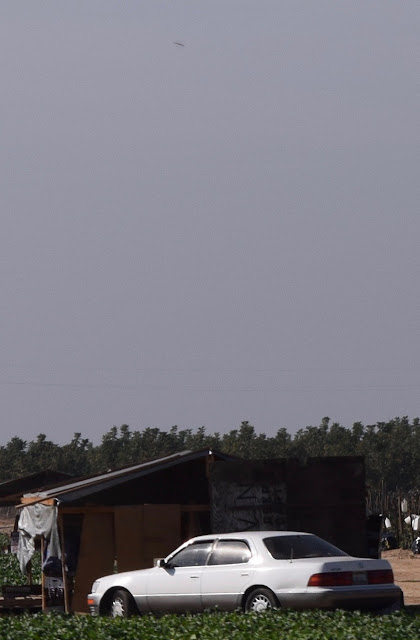 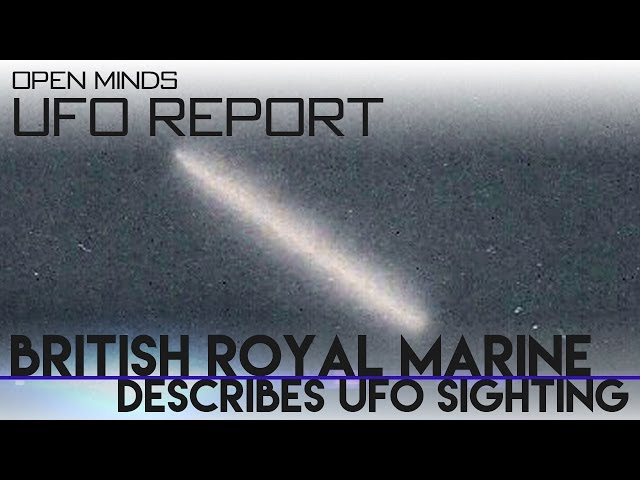 Published on Nov 11, 2016
Welcome to the Open Minds UFO Report! We bring you the latest UFO news, videos and photos. You won't want to miss an episode!

Stories in this week's show: 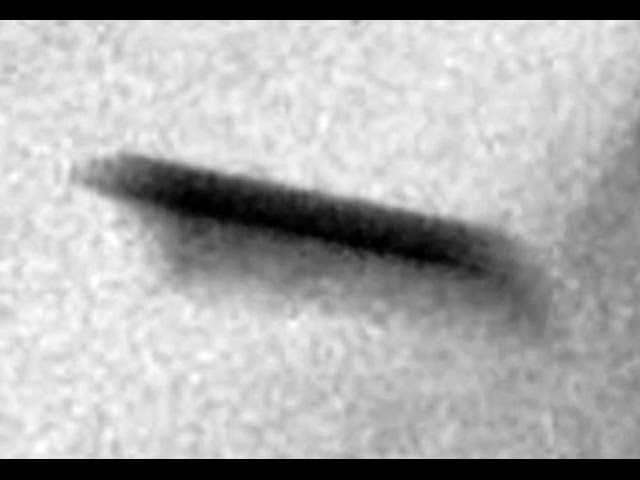 Published on Nov 11, 2016
I noticed the links for my last COR2 upload are unavailable now. I will link these, but do not be surprised if they no longer work after a short time. I feel like I'm fighting a losing battle here against trolls etc...., need help getting these out to the general public.
Music by http://incompetech.com/music/
https://stereodata.nascom.nasa.gov/br...
https://stereodata.nascom.nasa.gov/br..

Many people still doubt the existence of a flying saucers, but I tell you, just wait until they appear in large quantity. Around the entire planet will demonstrate their ability to fly, their appearance and disappearance.
In a way that confuses people into the large extent, that no one really understand what is happening. It has been written that the sky will “sign”. This “sign” already seen a lot of people, but by the end of this age will see it every man of the earth and will be surprised” 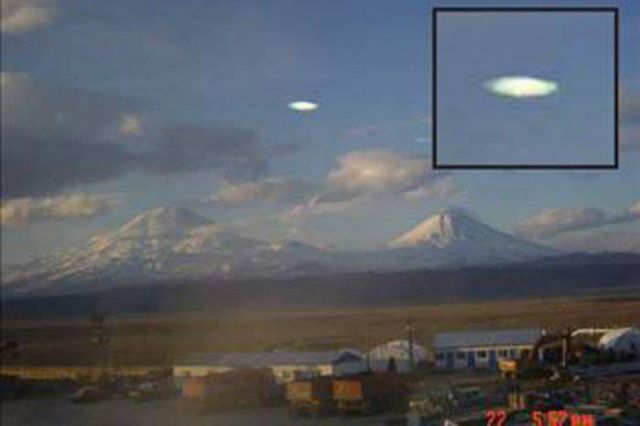 The human eye sees everything that is inside of the light spectrum. When I mention the light spectrum and hit the light spectrum of the sun. With increased intensity of light would blind man. His senses would not notice a higher form of vibration. It can not therefore see the world resulting on a different frequency, although located around beside him. Corpuscular ship can move at high speed. It is therefore invisible to the human eye. By increasing the energy of the corpuscular vessel there is an increase of its speed. If it goes into the vessel by its frequency, it means that moves slower than the maximum speed. This makes it the human eye sees. It manifests itself in the form of light. Reducing the speed to changing light and the human eye, the ship must appear as a solid object. If the moving ship and if it stays on the molecular level, the maximum rate will remain invisible to the human eye. That they are explained in words that corpuscular ship may be the front door of your house and you will not see it. The ship can come to a man secretly. People of it may remain hidden from man.

The people of the corpuscular vessels reduces its frequency to a protein molecule in the cell become visible to the human eye. They therefore come secretly and suddenly appear before you in the form of light and energy. At that moment comes the light source, the energy in the form of spirit. You will be influenced by your spirit will be affected the most energy, which manifested itself around you and you will be allowed contact with corpuscular ships. In contact with them you should not worry. Believe me, it’s something natural. There is nothing mysterious. Only one who manifests the spirit of mentally able to take this energy will be able to experience the transition from one age to another.