OUT OF MIND » THE INSANITY OF REALITY » GOVERNMENTS & THE NEW WORLD ORDER » Titanpointe The NSA’s Spy Hub in New York, Hidden in Plain Sight 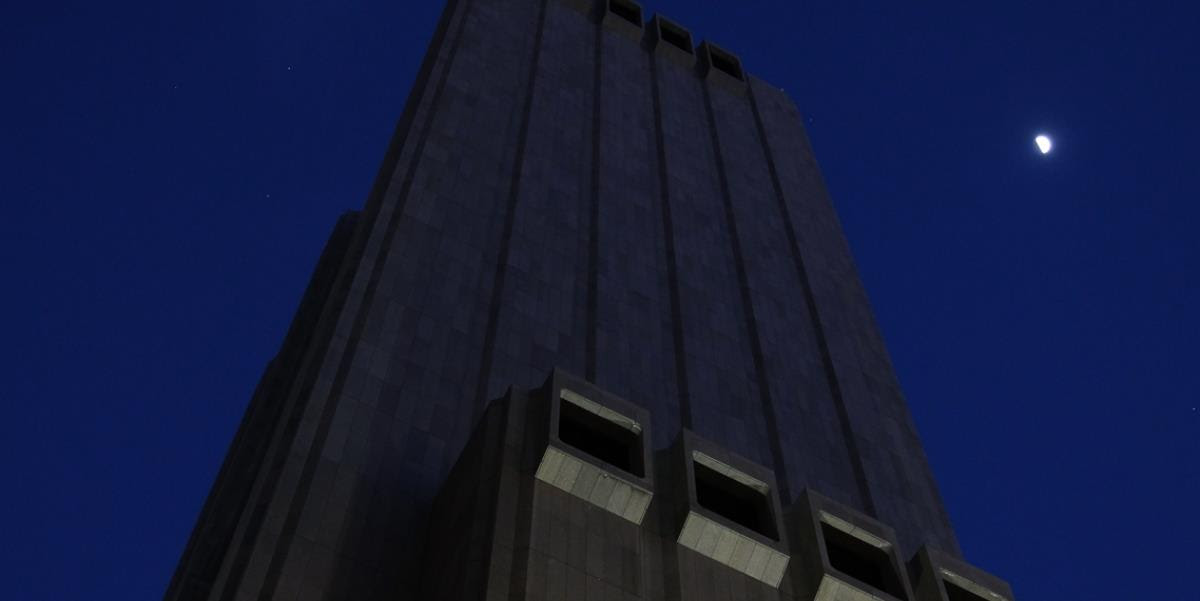 November 16 2016, 1:40 p.m.
They called it Project X. It was an unusually audacious, highly sensitive assignment: to build a massive skyscraper, capable of withstanding an atomic blast, in the middle of New York City. It would have no windows, 29 floors with three basement levels, and enough food to last 1,500 people two weeks in the event of a catastrophe.
But the building’s primary purpose would not be to protect humans from toxic radiation amid nuclear war. Rather, the fortified skyscraper would safeguard powerful computers, cables, and switchboards. It would house one of the most important telecommunications hubs in the United States — the world’s largest center for processing long-distance phone calls, operated by the New York Telephone Company, a subsidiary of AT&T.
The building was designed by the architectural firm John Carl Warnecke & Associates, whose grand vision was to create a communication nerve center like a “20th century fortress, with spears and arrows replaced by protons and neutrons laying quiet siege to an army of machines within.”
Excerpt from “Project X,” a short film by Henrik Moltke and Laura Poitras, screening at the IFC Center starting Nov. 18. This article is the product of a joint reporting project between The Intercept and Field of Vision.

Construction began in 1969, and by 1974, the skyscraper was completed. Today, it can be found in the heart of lower Manhattan at 33 Thomas Street, a vast gray tower of concrete and granite that soars 550 feet into the New York skyline. The brutalist structure, still used by AT&T and, according to the New York Department of Finance, owned by the company, is like no other in the vicinity. Unlike the many neighboring residential and office buildings, it is impossible to get a glimpse inside 33 Thomas Street. True to the designers’ original plans, there are no windows and the building is not illuminated. At night it becomes a giant shadow, blending into the darkness, its large square vents emitting a distinct, dull hum that is frequently drowned out by the sound of passing traffic and wailing sirens.
For many New Yorkers, 33 Thomas Street — known as the “Long Lines Building” — has been a source of mystery for years. It has been labeled one of the city’s weirdest and most iconic skyscrapers, but little information has ever been published about its purpose.
It is not uncommon to keep the public in the dark about a site containing vital telecommunications equipment. But 33 Thomas Street is different: An investigation by The Intercept indicates that the skyscraper is more than a mere nerve center for long-distance phone calls. It also appears to be one of the most important National Security Agency surveillance sites on U.S. soil — a covert monitoring hub that is used to tap into phone calls, faxes, and internet data. 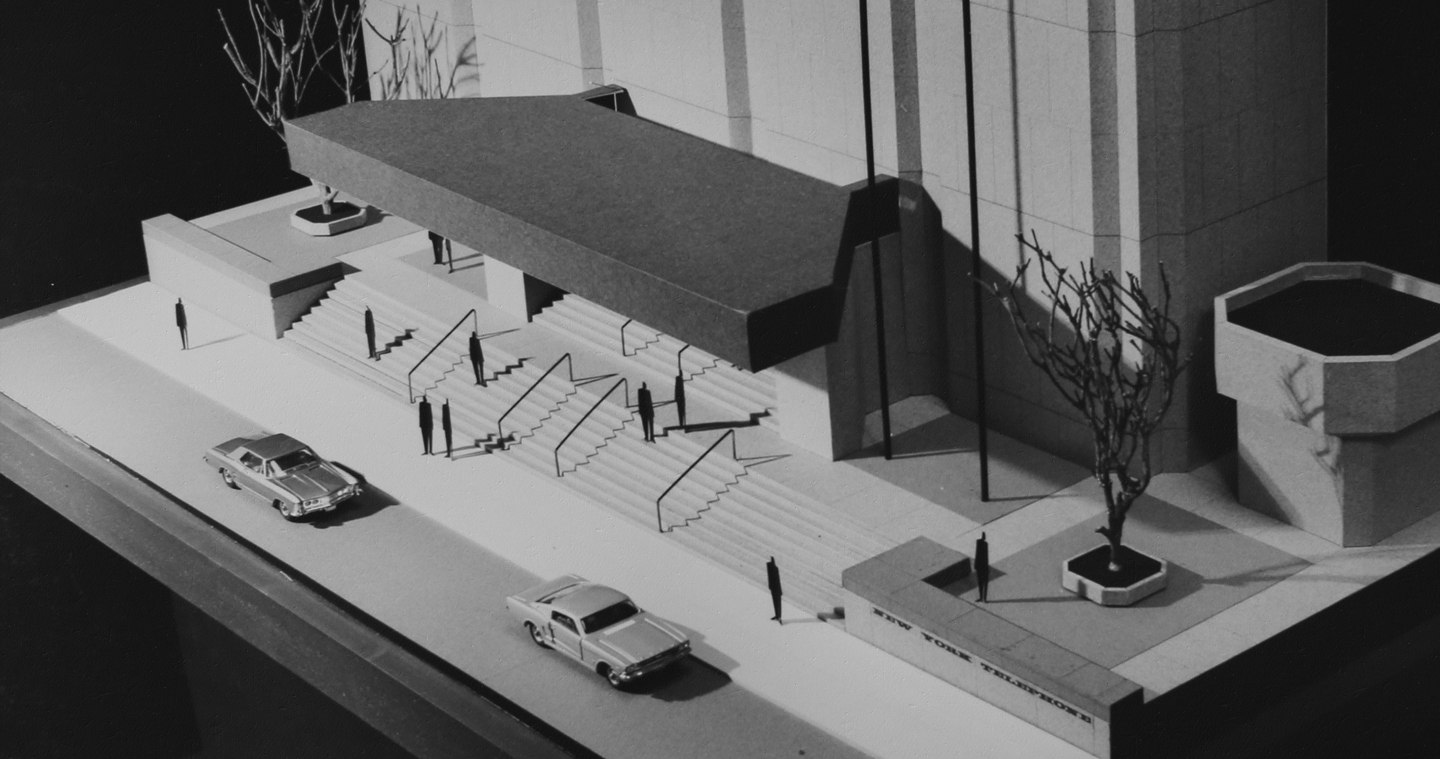 Early model of the entrance of 33 Thomas Street as designed by John Carl Warnecke & Associates.
Still from “Project X”

Documents obtained by The Intercept from the NSA whistleblower Edward Snowden do not explicitly name 33 Thomas Street as a surveillance facility. However — taken together with architectural plans, public records, and interviews with former AT&T employees conducted for this article — they provide compelling evidence that 33 Thomas Street has served as an NSA surveillance site, code-named TITANPOINTE.
Inside 33 Thomas Street there is a major international “gateway switch,” according to a former AT&T engineer, which routes phone calls between the United States and countries across the world. A series of top-secret NSA memos suggest that the agency has tapped into these calls from a secure facility within the AT&T building. The Manhattan skyscraper appears to be a core location used for a controversial NSA surveillance program that has targeted the communications of the United Nations, the International Monetary Fund, the World Bank, and at least 38 countries, including close U.S. allies such as Germany, Japan, and France.
It has long been known that AT&T has cooperated with the NSA on surveillance, but few details have emerged about the role of specific facilities in carrying out the top-secret programs. The Snowden documents provide new information about how NSA equipment has been integrated as part of AT&T’s network in New York City, revealing in unprecedented detail the methods and technology the agency uses to vacuum up communications from the company’s systems.
“This is yet more proof that our communications service providers have become, whether willingly or unwillingly, an arm of the surveillance state,” said Elizabeth Goitein, co-director of the liberty and national security program at the Brennan Center for Justice. “The NSA is presumably operating under authorities that enable it to target foreigners, but the fact that it is so deeply embedded in our domestic communications infrastructure should tip people off that the effects of this kind of surveillance cannot be neatly limited to non-Americans.”
The NSA declined to comment for this story.

OUT OF MIND » THE INSANITY OF REALITY » GOVERNMENTS & THE NEW WORLD ORDER » Titanpointe The NSA’s Spy Hub in New York, Hidden in Plain Sight