Strange things happening in the sky in California and Florida.

On his way to work the witness noticed a strange path cut through the clouds over Largo, Fl but there was no air craft there, then he saw a strange blue mushroom shaped light and took two images as fast as he could with his Samsung S3. 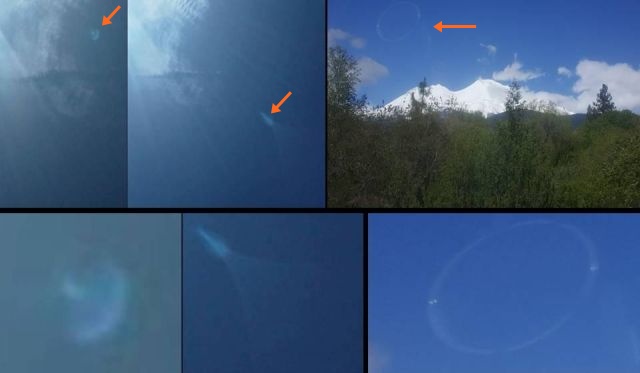 Witness: "The object was only there for to take quick shots as it accelerated in a straight path in a flash to nothing visible." 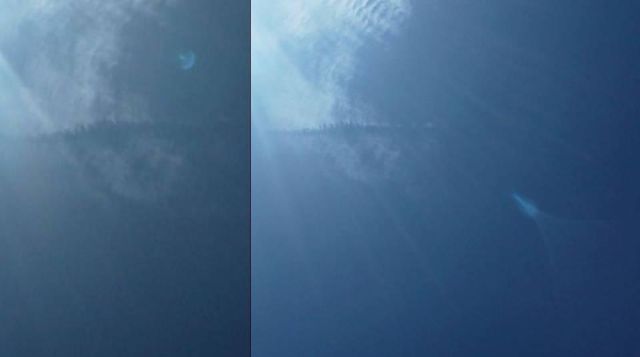 Unknown object Largo, Florida.
Another witness was driving up to Washington State from California when he took several pictures of Mt Shasta from his car. He was not looking very closely because he was driving.

Witness: “Funny thing is I never really looked at these pictures till I was freeing up some storage space on my phone and found these pictures and noticed white objects inside a huge circle in the sky near Mt. Sasha.” 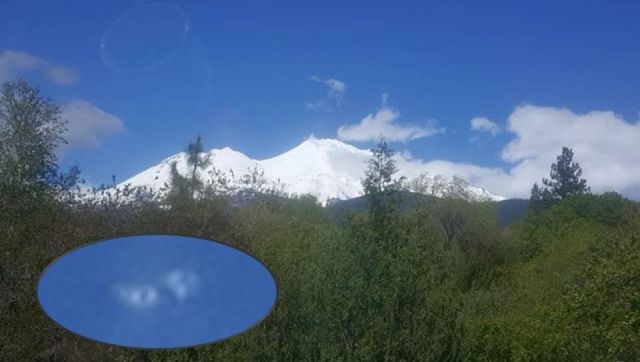 Unknown object Mt. Shasta, California.
“I'm not saying these are aliens from outer space, but it's not anything I am familiar with or have ever seen before or since.” Mufon case 80636. 2016-11-27.