OUT OF MIND » THE INSANITY OF REALITY » ILLUMINATI AGENDA & WORLD DOMINATION » Conspiracy Theorists: Kanye Is Being Reprogrammed For Speaking Out

Conspiracy Theorists: Kanye Is Being Reprogrammed For Speaking Out

Conspiracy Theorists: Kanye Is Being Reprogrammed For Speaking Out Tue Nov 29, 2016 12:43 am 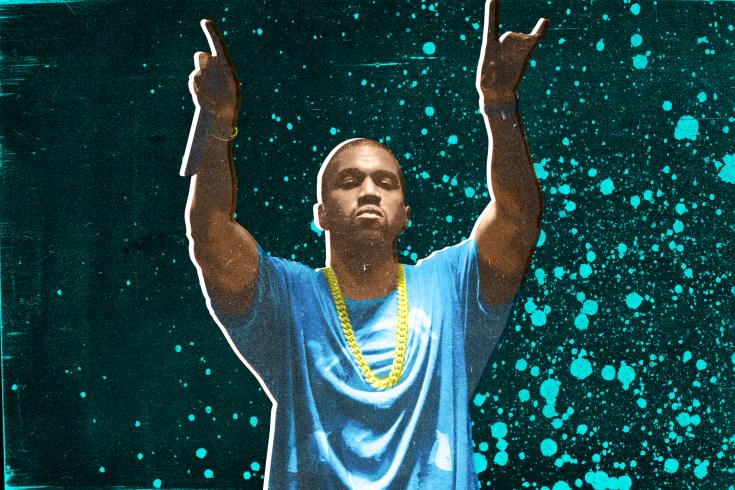 Kanye West was hospitalized on Monday shortly after canceling the last 21 shows of his national tour. Most reports suggest the rapper suffered from temporary psychosis, but some paranoiac skeptics believe that he is just being reprogrammed after challenging the status quo and praising Donald Trump.
The unusual events began at a San Jose, California, show on Thursday night, where Kanye made a 20-plus-minute political rant. “If I would have voted, I would have voted on Trump” West said. “I wanted to say that before the election, but they told me, ‘Whatever you do, don’t say that aloud.’” He also had a message for African Americans: “Stop focusing on racism. This world is racist, OK?… Do not allow people to make us talk about that so [expletive] long.”
At his next show, two days later, in Sacramento, California, West made a similar tirade, trashing Beyoncé for playing into music industry politics and telling Jay Z ,”I know you got killers. Please don’t send them at my head.” He also mocked Hillary Clinton for following an outdated campaign model before dropping the mic and running offstage.
Two days later, according to TMZ, the rapper was handcuffed to a stretcher and rushed to the Ronald Reagan UCLA Medical Center for psychiatric evaluation. Many conspiracy theorists believe that’s where he is being reprogrammed. In the hours after West was admitted, five of the most upvoted posts on the subreddit /r/conspiracy suggest that something nefarious is happening to West.
One post is titled “Kanye West is forcibly hospitalized in the same institution where MK Ultra experiments were (are?) conducted.” Another post claims West has actually already been involved in the program: “MKULTRA victim Kanye West breaks out of his programming and lashes out at his concerts. He is then abruptly ‘hospitalized.’ The decision to hospitalize West was for his own ‘health and safety,’ the sources said.”

Project MKUltra was a real mind-control experimentation program that has served as one of the inspirations for the series “Stranger Things” and “X-Files” and the film “Manchurian Candidate.” From 1953 to 1973, MKUltra patients — usually prisoners, mental patients, drug addicts, and sex workers — were manipulated through psychoactive drugs and chemicals, hypnosis, sexual abuse, sensory deprivation, and psychological torture. Through the highly unethical and often illegal program, the CIA hoped to discover new ways to control human behavior. For one study, seven patients were dosed with LSD continuously for 77 days. One mentally unstable patient was given LSD continuously for 174 consecutive days.
Most of these patients were experimented on in a federal drug hospital in Lexington, Kentucky. There is virtually no evidence that Ronald Reagan UCLA Medical Center was ever connected to MKUltra. The only loose connection is Louis Jolyon West (no relation to Kanye) the psychiatrist who examined Jack Ruby, the killer of Lee Harvey Oswald, and was a subcontractor for one of the MKUltra subprojects. (during this period he conducted a controversial experiment, giving an elephant a lethal dose of LSD to see if the drug would make the animal more aggressive), before becoming chairman of psychiatry and head of the Neuropsychiatric Institute at UCLA.
One redditor points out this connection in his post before mentioning evidence of a wider “reprogramming” conspiracy: “Britney Spears was another celebrity who went to this institution after her breakdown… and Amanda Bynes… and Michael Jackson…and his daughter Paris Jackson after her breakdown… and Lindsay Lohan. Are we noticing a trend yet?”
That trend, of course, has a lot to do with the fact that these celebrities work in Los Angeles and the UCLA Medical Center is regarded as the best hospital in the city.

OUT OF MIND » THE INSANITY OF REALITY » ILLUMINATI AGENDA & WORLD DOMINATION » Conspiracy Theorists: Kanye Is Being Reprogrammed For Speaking Out