OUT OF MIND » THE INSANITY OF REALITY » GOVERNMENTS & THE NEW WORLD ORDER » The Black Swan Event They Didn’t Expect: PizzaGate 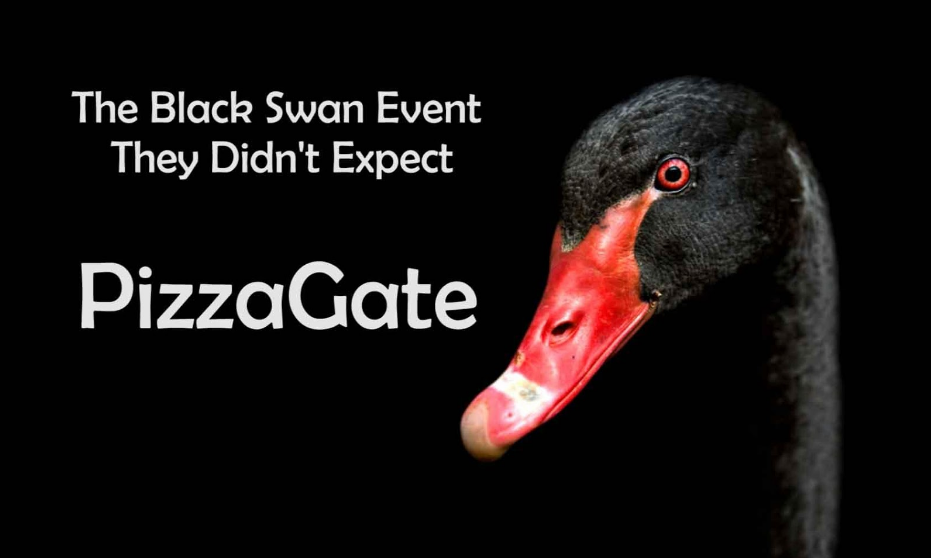 By Anonymous Patriots
SOTN Exclusive
When we first saw the Reddit thread in early November 2016 there were unsettling, bizarre pictures of children, so disturbing that we had to dig deeper and check all the links to make sure that the contributors were reposting from original sources. Everything seemed to check out and we knew without hesitation that this important citizen discussion needed to surface at the top of alternative media as soon as possible.
In this article you will also read about the real reason Matt Drudge and Alex Jones will never lead us to full disclosure, along with suggestions of topics that citizen investigators and journalists might undertake with their own articles and videos.
It was one of those moments that you knew you would remember for a lifetime, like where you were when you heard that John F. Kennedy had been assassinated or when the World Trade Center had been hit by airplanes. This time we knew that we could not stand by and let the main stream (fake) media grab the story and create their own narrative, propagandizing citizens so that their neural networks would echo “conspiracy theory” before the truth was exposed. Many of you probably felt the same and, in time, you will post your own stories of how you reacted to the pedophilia, Satanism revelation.
We felt that the Reddit thread would certainly get attention at some point in time. But how long would it take and would the MSM/CIA beat us to the narrative and create their own disinformation and propaganda thread?  We had to get the information out to as many people in the alternative (truth) media community as soon as possible. This information was so explosive that any one of us, standing and reporting alone, might be in danger. Our community safety would be in our quick, explosive, many-front reactions with articles, posts, and videos detonating all over the internet.
We also knew that we would need to have a catchy name so that it could stand alone and viralize quickly. We needed an easy search word to identify the issue so that the alternative truth community could easily pick it up for hashtags, search words, memes, etc. Haven’t we all watched how slick George Soros executed “Black Lives Matter,” a meme that rolled out, complete with professionally printed signs and banners, overnight throughout several cities simultaneously? Soros probably had a marketing group come up with the logo and slogan, giving his paid protestors a flag that they could rally around on day one and give the media good imagery for their fake news stories.
This movement would need a powerful, yet simple slogan that we could all use for self-identification. We looked through the original Reddit thread and some other early posts and saw that a few people were calling it “Pizzagate.” Worked for us!
Now to bring PizzaGate to the surface.
Partnership with the Mothership
Thanks to our partnership since October 2015 with The Millennium Report and State of the Nation 2012, we were able to get two of the earliest stories on PizzaGate trending in alt media. These two sites comprise a larger truth network known as The Mothership. To read more about this, see The Fifth Estate Casts its Shadow Like a Huge Mothership.)
We had been posting to their sites regularly since the San Bernardino false flag event, and the editors were keen to realize that we were writing about subjects that many other alternative sites would not touch. So when we sent them a copy of the Reddit thread on November 7, they did not hesitate to post immediately: Huge Breakthrough in D.C. Pedophilia Ring.
The Mothership delivered.
The first weighty article to hit BeforeItsNews.com on the D.C. pedophilia trended long and hard and citizen journalists wasted no time in creating messages for their own audiences—around the world.
Once the article started trending, we started working on research that might help fellow citizen journalists in seeing how deep the crime went, including the participation of the Catholic Church, law enforcement, charities and foundations:
Backstory of World-Wide Pedophilia: Whore of Babylon Revealed
In another article, we gave a shout out to the hard work the alternative truth community was doing in reporting the story, while the main stream media was calling us “fake news.”
Alternative Media is the New Guerrilla Warfare: Citizens Expose Globalists
Community of truth seekers: the videos and articles you are producing are amazing. Articles are being researched, cited, and written better every day. Videos are looking more interesting than anything the MSM produces on their so-called news channels. People are genuinely concerned about truth and transparency, calling each other out for poor sources, hoaxes, disinformation, and trolling.
Thinking Outside of the Box
As we move forward in redefining the way we report, distribute, and consume news, let’s think out of the box. Let’s be entrepreneurial in how we use our sources. For example, did you see how bounties and rewards are now being offered for investigations and research?
Natural News just announced a $10,000 reward for information leading to the source of PropOrNot news hoaxers behind the Washington Post Russian conspiracy fabrication.
PizzaGate Urban Explorers just announced a bounty to establish if there is a tunnel system under the Comet Ping Pong area.  If you are an urban explorer, you might check out the hyperlink.
The Reddit thread investigation moved to Voat, a place where you can collaborate with others in your research and findings. https://voat.co/v/pizzagate
What talents and ideas do you have that you can contribute to the movement?
Our open-source citizen investigation has become a BLACK SWAN. 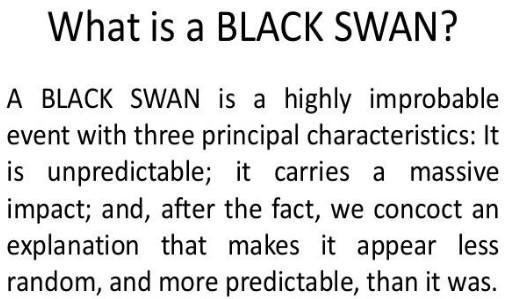 Thanks to T for the forward
Thanks also to: http://themillenniumreport.com

OUT OF MIND » THE INSANITY OF REALITY » GOVERNMENTS & THE NEW WORLD ORDER » The Black Swan Event They Didn’t Expect: PizzaGate