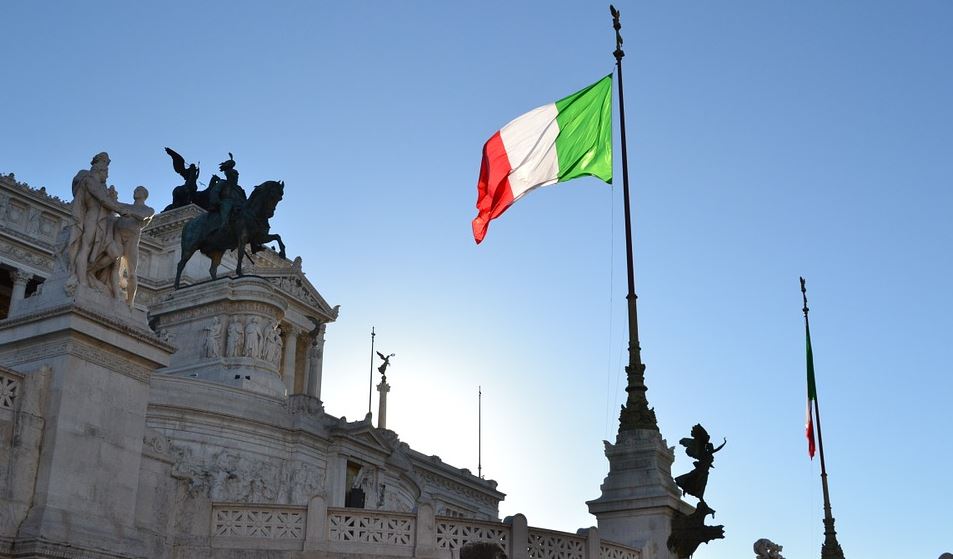 By Michael Snyder
Italian voters have embraced the global trend of rejecting the established world order, but the “no” vote on Sunday has plunged global financial markets into a state of utter chaos.  The euro has already fallen to a 20-month low, Italian government bonds are poised for a tremendous crash, and futures markets are indicating that both U.S. and European stock markets will be way down when they open on Monday.  It is being projected that Italian Prime Minister Matteo Renzi’s referendum on constitutional reforms will be defeated by about 20 percentage points when all the votes have been counted, and Renzi has already announced that he plans to resign as a result. When new elections are held it looks like comedian Beppe Grillo’s Five-Star movement will come to power, and the European establishment is extremely alarmed at that prospect because Grillo wants to take Italy out of the eurozone.  In the long run Italy would be much better off without the euro, but in the short-term the only thing propping up Italy’s failing banking system is support from Europe.  Without that support, the 8th largest economy on the entire planet would already be in the midst of an unprecedented financial crisis.
I know that I said a lot in that first paragraph, but it is imperative that people understand how serious this crisis could quickly become.

This “no” vote virtually guarantees a major banking crisis for Italy, and many analysts fear that it could trigger a broader financial crisis all across the rest of the continent as well.
Just look at what has already happened.  All of the votes haven’t even been counted yet, and the euro is absolutely plummeting…

The euro dropped 1.3 percent to $1.0505, falling below its 1 1/2-year low of $1.0518 touched late last month, and testing its key support levels where the currency has managed to rebound in the past couple of years.
A break below its 2015 March low of $1.0457 would send the currency to its lowest level since early 2003, opening a way for a test of $1, or parity against the dollar, a scenario which many market players now see as a real possibility.

In early 2014, there were times when one euro was trading for almost $1.40.  For a very long time I have been warning that the euro was eventually heading for parity with the U.S. dollar, and now we are almost there.
Meanwhile, Italian government bonds are going to continue to crash following this election result.  This is going to make it even more difficult for the Italian government to borrow money, and that will only aggravate their ongoing financial troubles.
But the big problem in Italy is the banks.  At this moment there are eight banks in imminent danger of collapsing, and virtually all of the rest of them are in some stage of trouble.  The following comes from a Bloomberg article about the crisis that Italian banks are facing right at this moment…

They’re burdened with a mountain of bad loans. Their stocks have cratered. And they have to operate in an economy prone to recession and political upheaval.
Signs have been mounting for months that Italy’s weakest lenders, and in particular Banca Monte dei Paschi di Siena SpA, were sliding toward the precipice, threatening to reignite a broader crisis.

A last-gasp rescue for Monte dei Paschi di Siena, the world’s oldest surviving bank, has been thrown into doubt after reformist prime minister Matteo Renzi decisively lost a referendum on constitutional reform on Sunday.
MPS and advisers JPMorgan and Mediobanca will meet as early as Monday morning to decide whether to pull a plan to go ahead with a €5bn recapitalisation, the FT reports, citing people informed of the plan.
Senior bankers will decide whether to pursue their underwriting commitments or exercise their right to drop the transaction due to adverse market conditions, these people said. In the event the banks drop the capital plan, the Italian state is expected to nationalise the bank, say senior bankers.

If Banca Monte dei Paschi di Siena fails, major banks all over Italy (and all over the rest of Europe) could start going down like dominoes.
So what were Italians voting on anyway?
Well, the truth is that the constitutional reforms that were proposed actually sound quite boring…

The changes involve sharply reducing the size of one of the chambers of Parliament — the Senate — shifting its powers to the executive, and eliminating the Senate’s power to bring down government coalitions.
The amendments also shift some powers now held by the regions to the central government, thereby reducing frequent and lengthy court battles between Rome and the regional governments.

The reason why this vote was ultimately so important is because it became a referendum on Renzi’s administration.  The fact that he announced in advance that he would resign if it did not get approved gave a tremendous amount of fuel to the opposition.
So now Beppe Grillo’s Five-Star Movement stands poised to come to power, and that could be very bad news for those that are hoping to hold the common currency together.
The following is how NPR recently summarized the main goals of the Five-Star Movement…

It calls for a government-guaranteed, universal income, abolishing Italy’s fiscal commitments to the European Union and a referendum on Italy’s membership in the Euro — a prospect that could unravel the entire single currency Eurozone.

If Italy chooses to leave the euro, it will probably mean the end of the common currency, and the continued existence of the entire European Union would be called into question.
So this vote on Sunday was huge.  The Brexit had already done a tremendous amount of damage to the long-term prospects for the European Union, and now the crisis in Italy is sending political and financial shockwaves throughout the entire continent.

Over the next few weeks, keep a close eye on the euro and on Italian government bonds.
If they both continue to crash, that will be a sign that a major European financial crisis is now upon us.
And what happens in Europe definitely does not stay in Europe.
If Europe goes down, we are going to go down too.
At this point we still have almost a month left in 2016, but 2017 is already shaping up to be a very troubling year.  As always, let us hope for the best, but let us also keep preparing for the worst.
Michael Snyder is a writer, speaker and activist who writes and edits his own blogs The American Dream and Economic Collapse Blog. Follow him on Twitter here.

Re: Global Financial Markets Plunged Into Chaos As Italy Overwhelmingly Votes “No” Tue Dec 06, 2016 1:53 am

Posts : 2620
Join date : 2012-01-17
Age : 74
Location : NH
Do you notice how most everything that's happening around the world gets directed or tied to how it will effect the Banks or markets ?? Do you see the Fear that's being promoted IF we screw up and don't keep the Bankers fed their blood money? The sky is falling but if we allow the banks to fail it will be the end of the world as a civilization... Hog Wash, Bull Shit, etc....  We all (or most of us) know the bankers are the ones responsible for their own mess and to suggest that we simply cannot survive without them is indeed insanity. Sure it would be a bumpy ride, and yes financially people would get hurt. However it's the only way out of the present insanity. People will survive, just as they did back in the twenties when the banks crashed. Of course they don't want to show you how we got along without the banks, just how terrible it was for everyone... They didn't have the internet back then for people to come together and pick up the pieces and move on. It's unfortunate but much of what the banks, big business and let's not forget about BIG GOV. have built in the past century really needs to be torn down, rebuilt and allowed to be controlled by free market input... get past the mindset of having to out do the other guy, not by honest competition but by screwing the other guy to drive out the competition.  I'm just not sure that having everything crash and burn is really going to wake up enough of the sheeple to change the things that need changing.  One can Hope, for without Hope there is no future... I think someone famous said that a long time ago (and it wasn't me...) lol