Everyone I talk to these last 30 days tells me they feel like the rug has been jerked out from under us.  Some compare the feeling to being in limbo, like the day JFK was assassinated, or even 9/11.  Everyone still seems to be having reality cramps & culture shock a month after the circus selection of Trump as the next president.  For me, it's more like the quicksand of a slow moving coup which began with the tea party.  It's got us up to the knees now, and every day it just sucks more.

I have the advantage of being emotionless about the "election" results, as I didn't have a dog in that race; yet I am as stunned with culture shock as everyone else.  So for the second time now the electoral college has given us a babbling fool of a president who makes up his own words; and lies faster than we can fact check.  Not even in office yet and he is shattering forty years of protocol nearly every day with his disregard for the established order.  Remember during the republican convention when Rudy Giuliani screamed from the podium that this was going to be the last presidential election ?? Just going by who Trump is picking for cabinet posts so far, I'd say Rudy is probably right. 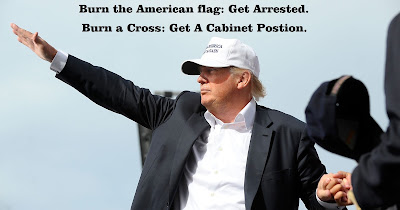 Do you recall Trump promising to "drain the swamp"?  One look at the Nazis & KKK members getting cabinet posts and it is fairly clear that what Trump is doing is not just draining the swamp into the white house; he's assembling the team that will dismantle America once and for all.  As an example, Trump just named Oklahoma attorney general Scott Pruitt to head the Environmental Protection Agency.  Pruitt has made his career by suing the EPA on behalf of oil companies. Yeah, I think that demolition is the plan.  So, we all have that to look forward to.

You ever hear of any previous president-elect doing victory lap rallies as if the campaign is still on?  Me neither, and considering that shootings of police officers and other terrorist acts are continuing at an almost daily rate; I think it is clear to see the purpose of these "victory lap" rallies.  Stirring the shit.  Poking the bear.

From Fukushima radiation to Flint Michigan's poisoned water there are simply so many despicable & horrific things happening on and to the earth right now that just keeping track of them all tempts madness itself.  Truth and decency are simply being over-run & plowed under by the gatekeepers of the great shining lie.

Despite the dystopian feel of things these days, there are some little victories to be celebrated such as four more states have legalized recreational cannabis use after the election.  All things considered, I rather think we're going to be real grateful for that.  Those who push back against the rising tide of the great shining lie don't get to celebrate too many wins nowadays, but they do happen despite getting little or no coverage in the mainstream media. 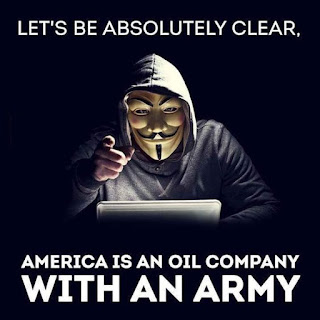 For over six months completion of a pipeline has been held up by protesting native American Sioux refusing to allow the DAPL project on their sacred lands near Standing Rock North Dakota.  Considering that in the previous 18 months there have been over 300 oil spills in North Dakota that all went unreported to the public; I'm thinking that the Sioux have the high ground here.  Unfortunately the oil company could care less about careless accidents and for over six months did everything they could to defeat the Standing Rock protestors.

They had private security contractors sic attack dogs on them. They pursued protestors into to river, then sprayed freezing cold water on them.  They blasted the protesters with sonic attacks from LRAD weapons (Long Range Acoustical Device).  Unarmed peaceful protestors were shot with rubber bullets; one woman may lose an arm, others suffered head wounds from rubber bullets  - and still the Sioux stood tall, unyielding. 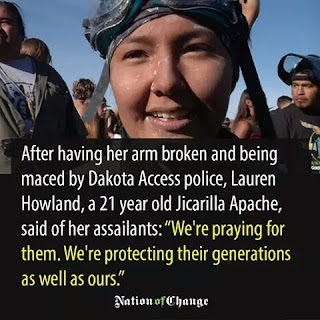 When drone footage showed the things the pipeline goons were doing, the whole area was declared a "no-fly" zone and internet was blocked as well.

As the standoff continued week after week, more native Americans arrived in solidarity with their brothers and sisters, as well as a great many non-native kindred spirits: and still, hardly a mention of it in mainstream news.  Funny how there's always a news blackout around such events when the great shining lie is doing such things.  You'd think that the attention loving Trump would have jumped on this like he did Brexit, but NO, he remained silent because he has a financial interest in the pipeline project.  Catch-22 with a side order of Quicksand. 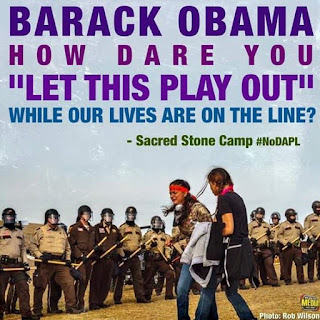 When Obama was asked to intervene at Standing Rock, to avoid more violence, he famously said "Let's just see how it plays out".  Perhaps it was the cold indifference & callous tone of the president that inspired this nations military veterans to action; because they remember exactly how Waco and Ruby Ridge played out.  What began as just a few became a few dozen, then a few dozen more; until early December when they all arrived at the standoff to offer themselves as human shields to protect the peaceful Sioux protesters.

They came with numbers 3000 strong; and lumber; and immediately began construction of winter barracks for the defenders of standing rock.  Veterans play it out to the end, it's just how we roll.  Perhaps that is why on December 4th the judge ruled against the pipeline company, denying them easement on sacred tribal lands.  Or perhaps Obama; considering the impact on his legacy if things degraded into all out violence between the veterans & pipeline goons, made a phone call to the judge.  The right thing was for Obama to declare Sioux tribal lands as a national heritage site on day one.  Lacking honor & dignity he opted to wait until it was a matter of him saving face. 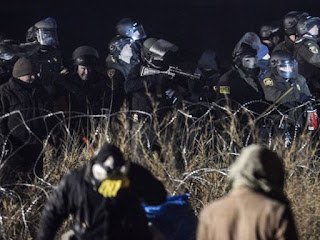 Even though the pipeline will soon be re-routed & finished, it's still a little victory for everyone who believes all this insanity can be stopped, and eventually turned around; and a huge victory for the Standing Rock Sioux and all who stand with them. Vigilance is still required of course, the pipeline company is sure to appeal the decision; or wait till no one is watching to pull an end run or some shit, they always do.  Resistance works, it's why there's always a media blackout.  Like cockroaches, the great shining lie prefers to work in darkness.  Shine some light on 'em and they scurry.  Shame we still have to protest all the same old shit.  Whatever became of that better world we all talked about making for our children; where's that??

In the weeks leading up to the election we saw a dramatic increase in unarmed young black men being shot dead by police, soon followed by the reverse, police officers being assassinated by unseen attackers.  At the time I said it seemed like someone was pushing for a race war.  The fact that both types of senseless killings are still happening almost every day suggests that the race war is now underway & slowly gaining momentum with a racist Nazi heading to the white house.

Are you wondering what kind of foreign policy changes Trump has in mind?  Consider then that three retired generals have joined team Trump to round out a cabinet so far filled with racist Nazi's, billionaires and climate deniers.  While some are saying a financial collapse will happen in 2017, and that Trump was tricked into becoming the scapegoat for it all; others see a much darker outcome in the next four years.  The dismantling team Trump is assembling is gonna set the national clock back by 50 years, just for starters.  Be prepared for one bombastic farce after another from the orange one to distract us all from what's being done in our name behind our backs.

Trump taught us a lot about himself this last week: first by saving some factory jobs in the home state of his VP Mike Pence, and then by joining the media blackout on the pipeline protest because he has a financial interest in seeing the pipeline finished.  The lesson being that Trump will always put his personal profit first before all else. 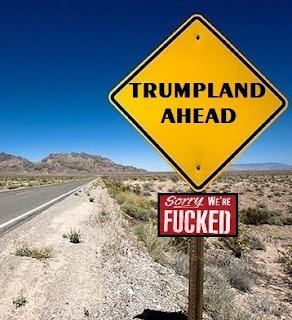 Here's a good question: Why does the media cover every Trump tweet?

Here's another interesting thought.  If Trump's 3 children decide to continue living at Trump Tower instead of moving into the white house; then the secret service agents assigned to them will be needing adjacent domicile in Trump Tower apartments to provide around the clock protection, and the government will be paying the rent directly to Trump.  And, if you really believe Trump is going to divest himself of his businesses while serving as president, then you really drank the cool aide.

If we wait to "see how it plays out" with global warming, we'll all be swimming in a radioactive ocean with the polar bears & dying whales.  I know, yes everyone wants me to get on board with calling it climate change, fuck that word game bullshit, it's global warming, so that's what I call it; it's a radical honesty thing.  Perhaps we should see if the Sioux nation is willing to take on global warming as their next worthy cause.  Put them together with a few veterans and shit gets done in a hurry!

In Washington DC as well as in the general population there are those who would rather just blow the whole mess apart than try to fix it.  That is Donald Trump's base.  Why else would he have three retired generals in his cabinet?  Were not talking general mills and general motors here either, these are some serious war hawks who have but the one solution to every problem.   Up to our knees in quicksand. 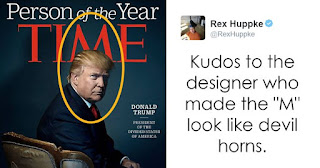 I suppose it was inevitable that Time magazine would give Trump its man of the year award, as absurd as it is, it just feels wrong, like one more thing he doesn't deserve being handed to him; his purple heart medal for instance.  Trump bragged about saving 1100 jobs at the Carrier plant- today the plant manager said "He lied his ass off." it was only 800, with 600 other jobs still going to Mexico.  The President of Lies.

2017 will begin as 2016 ends...in the grip of 21 days of Mercury retrograde.  The fact that this time it will impact both years cannot be a good omen, but I think an appropriate one: we're going backwards folks, back to everything we've spent the last 60 years out-growing.  Hope you enjoy the ride, your silence was your boarding pass!


So, the next time you tempt madness by trying to cope with all of the things going on that sicken your soul; do what the Standing Rock Sioux did.  Draw a line in the sand and make your stand.  There is no shortage of things to resist against today, so pick your fight and make a stand...and then don't stop until you win! 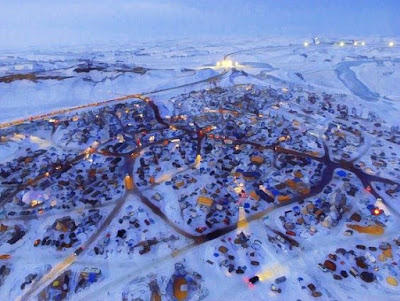 #Been There~Done That
Posted by Chautauqua at 10:45 PM