OUT OF MIND » VOICES CARRY » JON RAPPOPORT » WE, Will Destroy The Fake Media!

WE, Will Destroy The Fake Media! 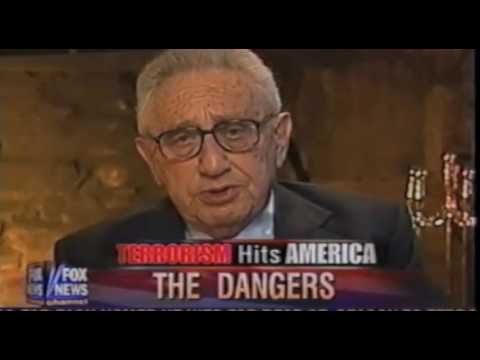 
We are the real movement to destroy fake news

We are the real movement to destroy fake news
by Jon Rappoport
December 9, 2016
The new mandate is: throw off the tattered tasseled layers of horseshit.
The bottom line: we are the real movement.
We’re the people who have the job of exposing big-time mainstream news as the frauds they are.
Along the way, we’ve encountered some strange ghouls and goblins. Just to sketch in a few recent editions:
Scott Pelley (CBS) is careful to watch himself. His tendency is to shove the message down the viewer’s throat like a pro surgeon making an incision without bothering to administer an anesthetic. Pelley’s been working to correct that. He’s a high-IQ android who’s training himself to be human. It’s not going well.
Diane (formerly of ABC) “don’t cry for me, America” Sawyer wandered into sloppiness. She poured syrup on her words, as if she’d had a few cocktails before breakfast. She affected a pose of “caring too much” and “refusing to apologize for it”—“I’m suffering for humanity and I won’t cover it up.” Sniff, sniff.
Before being put out to dry for lying about being shot at in Iraq, Brian Williams (NBC) was head and shoulders above his competitors. You had to look and listen very hard to spot even a speck of confusion in his delivery. He knew exactly how to believe his act was real. He could also flick a little aw-shucks apple-pie at the viewer. Country boy who moved to the big city.
Of course, Brian is now back. His bosses let him sneak in the side door at MSNBC, the only major news channel with ratings lower than Howdy Doody reruns.
Brian just let loose with a sober reasoned criticism of “fake news sites” the other day, claiming the real news has a responsibility to shoulder the load of truth. He neglected to mention he was kicked out of the news business for spreading fake news about himself—but no problem, the past is dead, and he’s a new man thanks to the love of his family and his deep reflections on character, mission, devotion, fidelity, and shilling for his masters…
Those are a few ghouls among many.
We are in the middle of the death throes of the old guard, and we need to recognize that. They’re going away. Independent media are taking over. It’s called decentralization.
Blackouts and censorship are the only weapons they have left. And guess how they’re trying to make that happen? They’re appealing to social media—Twitter, YouTube, Facebook, and Google (which through its rankings is a form of social media). Amazing. Social media numbers are far higher than those of major newspapers and television news.
On the Fade to Black show (twitter: #f2b) with host Jimmy Church on Jimmy Church Radio last night (I have a regular Thursday slot, 10:30 – 11:00pm ET), I discussed the death-rattle of major media. Host Jimmy Church made an interesting point. When CNN started out as the first 24/7 all-news global network, they were the “rebels.” They were the new faces and the interlopers, and they were hell-bent on muscling into the game. (Of course, their predilection for honesty was just another con.) Eventually, they turned into the media giants they purportedly hated. And now, with their ratings in the tank, they can’t go back. They’re trapped. They can’t reinvent themselves as new kids on the block. They’re slow, they’re Clinton fellow travelers, they’re racists accusing other people of being racists, they’re basically a bunch of miscreants who—if they didn’t have their jobs—would be lucky to land gigs pumping gas in Death Valley. It’s a sight to behold.
For the most part, FOX, another upstart, became a parade of young blondes who, one after another, rose and then fell. Remembering their names was like remembering winners of the Miss America pageant. Megyn Kelly, the latest edition, thinks she’s immune from that fate. Watch out, M. A few years from now, you could become just another tired face on one of the major network’s morning gab shows, listening attentively to some tattooed teen rocker talk about the drop of his latest album, his interest in wildlife sanctuaries, and his love of brisket sandwiches from some NYC deli 300 million Americans have never heard of.
It’s all going away. Bye, bye.

(To read about Jon’s mega-collection, Power Outside The Matrix, click here.)
You have a choice. You can read, listen to, and watch any of a hundred thousand sites and blogs for your news, or you can attach yourself like a barnacle to the slow moving spewing ships of state/corporate media.
You can hope that the consensus status quo will hold, and reality will basically remain unchanged, or you can dump that fairy tale.
You can believe that all significant events on this planet emerge organically/randomly/accidentally, or you can investigate the concept that elite groups are steering us toward their New World, because they live for control.
You can live in a hazy gauzy dream that siphons away your energy, or you can embark on a new course of adventure that strips away the veneer and the shadows.
You can believe you are helpless before larger forces, or you can invent a different vision for yourself.
You can raise your children to be pawns, or you can inspire them with the knowledge of their own freedom and power.
You can “leave things to others,” or you can join in the fray.
You can claim you don’t know what to do, or you can figure out what to do on your own.
When I started this site in 2001, I shoved in all my chips on the idea that there were MANY individuals out there who could re-grasp their own power and figure out what to do on their own.
I haven’t moved off that premise. And I won’t.
I welcome the old layer of media reality being stripped away, because that leaves the individual in charge.
Toss that old chunk of mind control and hypnosis into the garbage and cross the threshold into a new time. The time you make.
Don’t complain, don’t explain. You’re the new elite.
Accept it.
An elite without the desire to control others. An elite based on merit. An elite based on life-force showing up when you know the future is unwritten.
Is that too much to ask?
I don’t think so. I don’t think so at all.
The game is afoot. The game is always afoot. If you can see it.
Jon Rappoport
The author of three explosive collections, THE MATRIX REVEALED, EXIT FROM THE MATRIX, and POWER OUTSIDE THE MATRIX, Jon was a candidate for a US Congressional seat in the 29th District of California. He maintains a consulting practice for private clients, the purpose of which is the expansion of personal creative power. Nominated for a Pulitzer Prize, he has worked as an investigative reporter for 30 years, writing articles on politics, medicine, and health for CBS Healthwatch, LA Weekly, Spin Magazine, Stern, and other newspapers and magazines in the US and Europe. Jon has delivered lectures and seminars on global politics, health, logic, and creative power to audiences around the world. You can sign up for his free NoMoreFakeNews emails here or his free OutsideTheRealityMachine emails here.

OUT OF MIND » VOICES CARRY » JON RAPPOPORT » WE, Will Destroy The Fake Media!