OUT OF MIND » TRUTH IN CONSPIRACY THEORIES? » HISTORIES MYSTERIES » Archaeologists have discovered a 2,500-year-old lost city in Greece

Archaeologists have discovered a 2,500-year-old lost city in Greece

Archaeologists have discovered a 2,500-year-old lost city in Greece 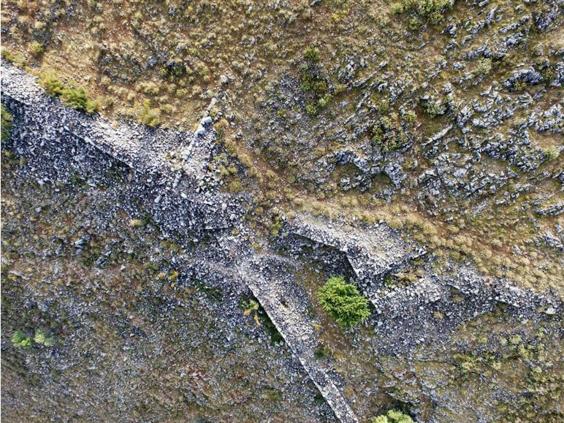 Fortress walls, towers and city gates are clearly visible from the air (SIA/EFAK/YPPOA)
Researchers have another unprecedented discovery in Greece as they have come across the remains of an ancient city believed to date back at least 2,5000 years near Athens.
Experts believe the previously unknown 2,500-year-old city may help provide numerous answers to the mysteries surrounding the ancient Greek Civilization.
According to reports, the fact that the city remained unexplored for so long remains a profound mystery.
The finding was confirmed by researchers from the University of Gothenburg and University of Bournemouth who have already begun exploring the ruins located at the Greek Village of Vlochos.
So far, experts have uncovered traces of towers, ancient walls and city gates.
Robin Ronnlund, the leader of the team of archaeologists said in a statement that he could not believe that no one ever thought to further explore the ruins that were evident on the hill. 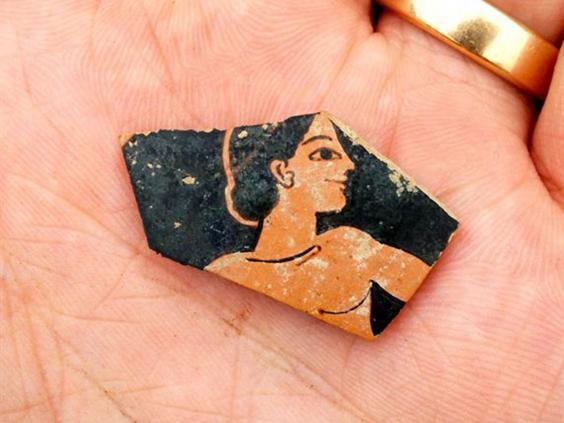 A fragment of red-figure pottery from the late 6th century BC (SIA/EFAK/YPPOA)
“A colleague and I came across the site in connection with another project last year, and we realized the great potential right away. The fact that nobody has ever explored the hill before is a mystery,” said Ronnlund.
Experts are keen to explore the site further but hope to avoid excavating the area and use non-invasive methods such as ground penetrating radar instead, which will guarantee the site remains intact.
During September, experts discovered ancient pottery fragments and coins which date back to around 500BC.
Mr. Ronnlund believes this ancient settlement flourished the area sometime during the fourth to third century BC, before being abandoned.
Researchers hope to learn more about the ancient city in August of next year.
“Very little is known about ancient cities in the region, and many researchers have previously believed that western Thessaly was somewhat of a backwater during Antiquity. Our project therefore fills an important gap in the knowledge about the area and shows that a lot remains to be discovered in the Greek soil,” said Rönnlund in the statement published by Gothenburg University.

OUT OF MIND » TRUTH IN CONSPIRACY THEORIES? » HISTORIES MYSTERIES » Archaeologists have discovered a 2,500-year-old lost city in Greece