OUT OF MIND » SUPER SCAMMERS!! NEW AGE, UFO & DINARIAN FRAUDS & THOSE THAT BUST THEM OUT! » DAVE SCHMIDT - COSMIC CONNECTION CONMAN » Question About Dave Schmidt & ZIM" - One Who Believes - 12.14.16 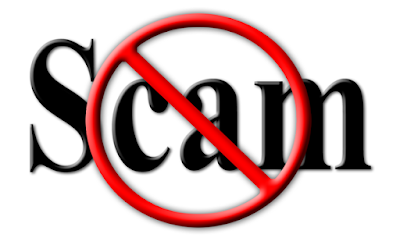 This is a Re-Post because Schmidt has struck again.

SAVE YOUR SANITY - DO NOT LISTEN TO HIS VIDEOS

RE: Question About Dave Schmidt & ZIM

Dear "A Mom," (Link Below) Thank you for your question about Dave and the Zim. I normally do not call out people I don't like by name, instead I only mention the ones I do like, trust, and follow. However, in your case I will make an exception because you asked me directly and specifically.

In short, I think that when this goes, Dave will be in deep Schmidt! He has been doing very questionable things and is a joke among those I follow. I remember one scam he was running where he told people on a video that he had very important info to tell them, but he couldn't do it on the video, he could only do it in person, or on the phone. When people say things like that, it is because they do not want what they are saying on the record (recorded). Another questionable thing he was doing was collecting people's information on a website, name, specific currencies, and amounts etc. I am certain that he will be arrested when this goes. Most of these type arrests happen after the GCR goes, because that is when they follow through on their crime. I don't know what will happen with all the currencies that people have sent him. My Advice is STAY AWAY FROM HIM!

Why Haven't I Called Him Out Before?

I haven't call anyone out directly because that doesn't help the matter. If I call out one, the Fearful people who are drawn to those scams will just go to another one. Instead what I do is give general information that leads people in the right direction. In this example, instead of naming the different group scams specifically, I just wrote a post about Group Scams. Here is One of them:

"The No Group Vs. Group Scam" - Guest Post by One Who Believes

I also wrote a post about how people that were in legitimate groups seem to be deciding to exchange individually instead, because the rates are better than what they would get in the group. Here is that post:

"People Quitting Groups?" - Guest Post by One Who Believes

The other reason I don't call out individual scammers, is that I believe the people who should have the money (The Chosen Ones) will end up getting the money and not be scammed out of it. On the other hand it is nature's way to cull out the weak from the rest. The fearful flighty people who are drawn to scams now are most likely the same people who will be drawn to scams later once they have their money as well, and that might be for the best. I wrote a post on that as well:

"Removing The Weak From Dinarland" - Guest Post by One Who Believes

I just recently wrote a post about our beloved "Internet Group" as well. It is sort of an explanation of our hardships, and a Love Letter to the group as well:

If you have ZIM, you are all set. I have written more posts on the ZIM than any other topic. Frankly it is because it is the most valuable currency on the planet, and the one with the biggest fight. The good guys want you to have it and exchange it for high rates, and the bad guys want you to get rid of it, stop buying it, and if you still have it, exchange it for low rates.

However, this topic has an interesting twist. Unlike the group scams who know exactly what they are doing it, this situation is a combination of both the real bad guys who are trying to stop or limit Dinarland, and those who really think that they are helping by claiming by their logic, that the ZIM is no good, not valuable, or will have low rates and zeros lopped off. They are not really the "Bad Guys" exactly, but their ignorance is hurting the uninformed.

Again, instead of calling out individual people who are hurting Dinarland intentionally or unintentionally, I am instead continually explaining and encouraging people to hold on to their ZIM, and when the time is right, ask for the highest rates as well. Here are some of the posts I wrote on the value of the ZIM:

"What is Yosef's End Game?" - Guest Post by One Who Believes

"Understanding ZIM Math" - Guest Post by One Who Believes

"Is ZIM In The Basket?" - Guest Post by One Who Believes

The bottom line is that with ZIM, you have everything you need to get everything you want and help the most people in the World, provided you don't get talked out of it. Stay clear of those who say only groups will be exchanged or that they have some special arrangement and want you to send them you currency. The entire Exchange system has been set up for you as an individual. Don't worry because you already have it made. Soon, you will be getting clear instructions about 800#s, and that is all you need now. Be ready, it is almost here.

Signed: One Who Believes


THEY ARE ALL SCAMMERS!!!! PLEASE DON'T SEND YOUR CURRENCY TO ANYONE!!!!

OUT OF MIND » SUPER SCAMMERS!! NEW AGE, UFO & DINARIAN FRAUDS & THOSE THAT BUST THEM OUT! » DAVE SCHMIDT - COSMIC CONNECTION CONMAN » Question About Dave Schmidt & ZIM" - One Who Believes - 12.14.16