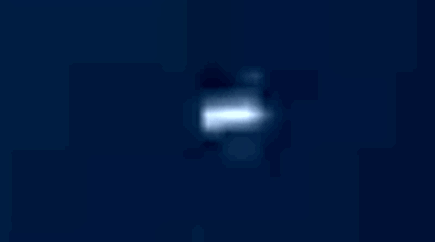 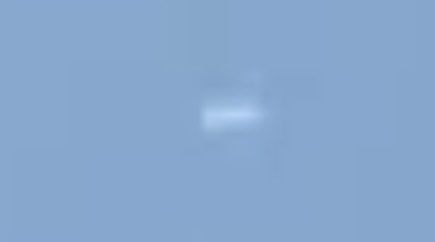 
Captured by UFO Sydney of Youtube, these white UFOs are turbo fast, if you have never caught one, then its only because you have never filmed the sky for an hour and then watched it on your computer in .25X speed (slow motion). These UFOs do exist, and they exhibit intelligence. They are also seem to feed off of the static electricity in the air.


Long ago, ago when my site got on CNN for a story about a lightening storm over Norte Dame stadium during a game (video has since been deleted for unknown reasons), these tiny white UFOs shot everywhere. There were thousands of them and even the score board was hit by lightening...evacuating the stadium. But these little white UFOs seemed so excited, so super charged. The did loops in groups right on live TV. It was amazing, no one noticed but me until I reported it, and it got on CNN. These little white UFOs...are alive. If you want to catch  more of them, record on a tripod during a lighting storm. Or during the day with you have blue cloud background...since they are white, it makes it easier.
Scott C. Waring


Eyewitness states:
UPER FAST UFO LOOK ON THE RIGHT SIDE OF THE SCREEN/ captured with NIKON coolpix p900 camera.

Published on Dec 24, 2016
Many people still doubt the existence of a flying saucers, but
I tell you, just wait until they appear in large quantity. Around
the entire planet will demonstrate their ability to fly, their appearance and disappearance.
In a way that confuses people into the
large extent, that no one really
understand what is happening. It has been written that the sky will "sign". This "sign" already seen a lot of people, but by the end of this age will see it every man of the earth and will be surprised"
Corpuscular ship is constructed in detail in accordance with the law of God in the form of light energy. Light corpuscular ship is therefore better as a spiritual power manifested corpuscular ships. The ship can move faster than light. When the object moves faster than light, disappearing from sight. Goes into another dimension.
The human eye sees everything that is inside of the light spectrum. When I mention the light spectrum and hit the light spectrum of the sun. With increased intensity of light would blind man. His senses would not notice a higher form of vibration. It can not therefore see the world resulting on a different frequency, although located around beside him. Corpuscular ship can move at high speed. It is therefore invisible to the human eye. By increasing the energy of the corpuscular vessel there is an increase of its speed. If it goes into the vessel by its frequency, it means that moves slower than the maximum speed. This makes it the human eye sees. It manifests itself in the form of light. Reducing the speed to changing light and the human eye, the ship must appear as a solid object. If the moving ship and if it stays on the molecular level, the maximum rate will remain invisible to the human eye. That they are explained in words that corpuscular ship may be the front door of your house and you will not see it. The ship can come to a man secretly. People of it may remain hidden from man.
The people of the corpuscular vessels reduces its frequency to a protein molecule in the cell become visible to the human eye. They therefore come secretly and suddenly appear before you in the form of light and energy. At that moment comes the light source, the energy in the form of spirit. You will be influenced by your spirit will be affected the most energy, which manifested itself around you and you will be allowed contact with corpuscular ships. In contact with them you should not worry. Believe me, it's something natural. There is nothing mysterious. Only one who manifests the spirit of mentally able to take this energy will be able to experience the transition from one age to another. 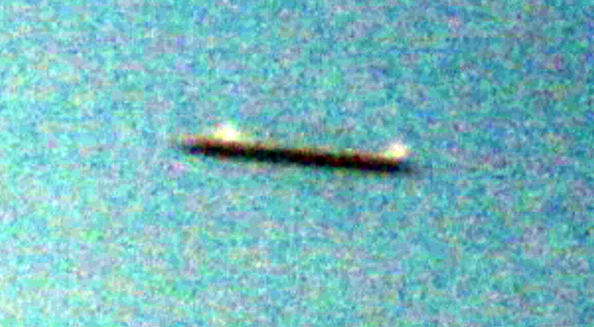 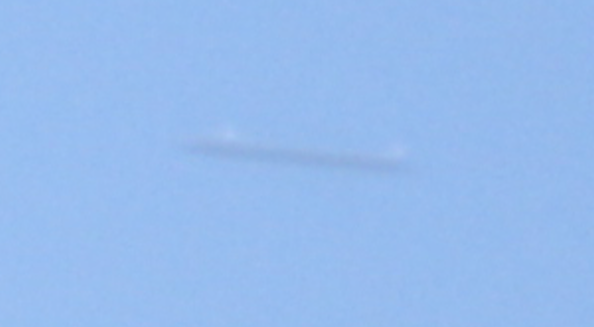 This UFO was seen over the island nation of Cyprus back in 2009, but was reported today. The island has a total population of about 1.3 million people and is totally surrounded by the Mediterranean Sea. UFOs are often seen over the ocean and its been long believed that if aliens wanted to hide a base on Earth, under the ocean was the logical decision. At the moment, the only alien base I know of in the Mediterranean is below Rocca Pia, Italy...and belongs to the W56. So it sounds like there are several bases in the Mediterranean.
Scott C. Waring

Eyewitness states:
Picture was taken for the purpose of mountain and moon combination scenery. The object could only be realised right after shooted in LCD display. Several shootings made before this photo but no other objects were found in previous shootings. 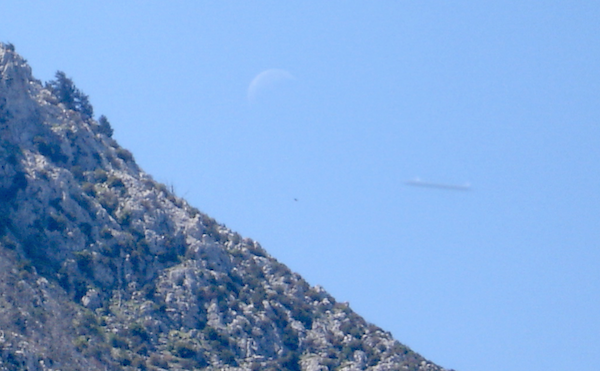 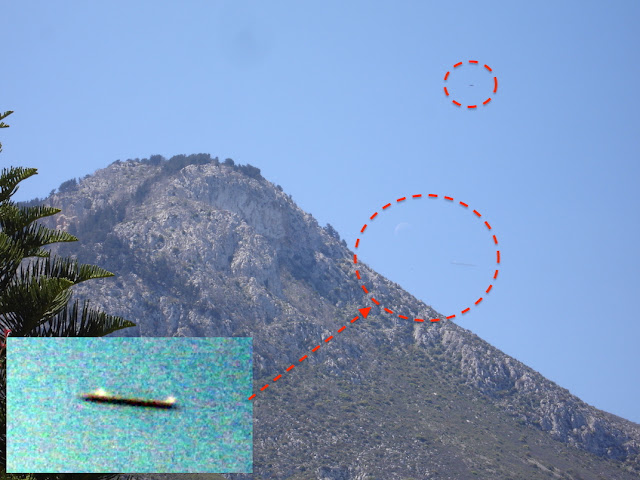 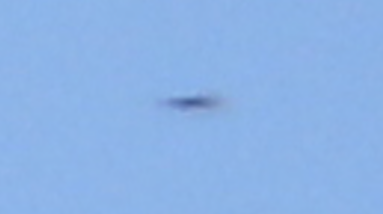 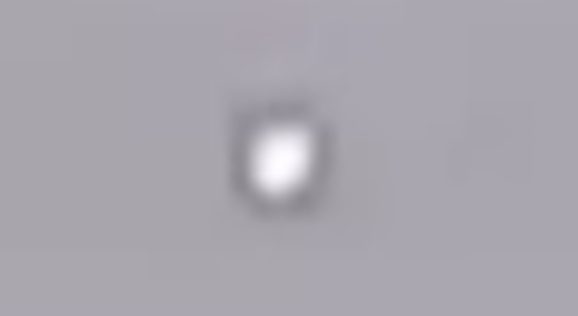 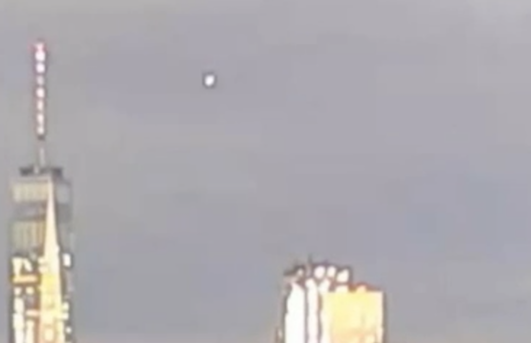 This UFO was caught on live cam flying over New York City! The video starts out with a glowing UFO coming down from the sky and then it hovers in place over a building. Now this must have shown up on Radar since the airport is really close to this location, but as we all know, many UFOs don't show up on radar. This is an excellent catch by Orlando Bosca of Youtube.

Live cams are the modern day tool of UFO researchers worldwide. If you have an iPad, download some free cam apps. Then jump from cam to cam till you come to something. If you are confident its a UFO...take a screenshot (hold the power button and screen button at same time). The screenshot will go into your photos folder. Then post it to Facebook, your blog, or other social media sites. Its as easy as that. Oh...and post a link on our site so we can have a look please.
Scott C. Waring-Taiwan 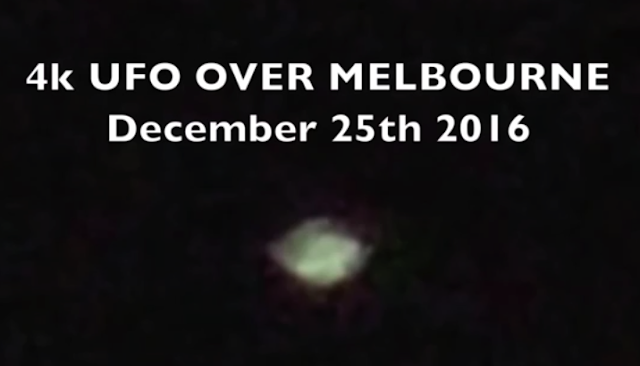 This UFO was caught by Australian UFO researcher Peter Maxwell Slattery of Youtube. The UFO has a disk shape and is reflecting light from its surface, probably reflected from the moon or city lights. The UFO does have a metallic tint to it. Many UFOs have been seen over Australia since a large portion of the country is mostly uninhabited desert. Many aliens are said to like this hot and dry climate, which also explains the mass sightings at Mexico, Nevada, Arizona and such.
Scott C. Waring 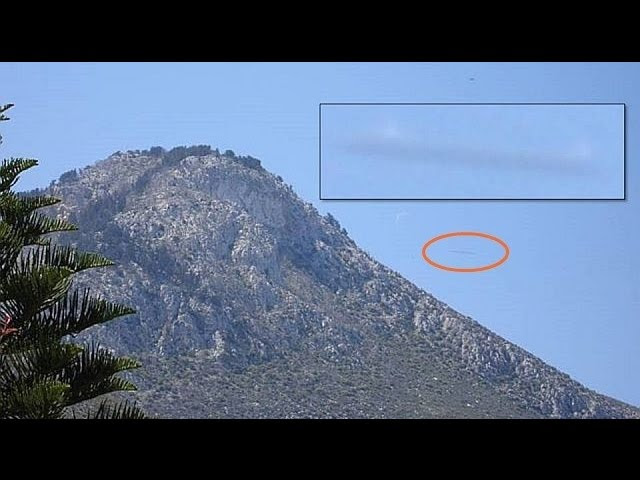