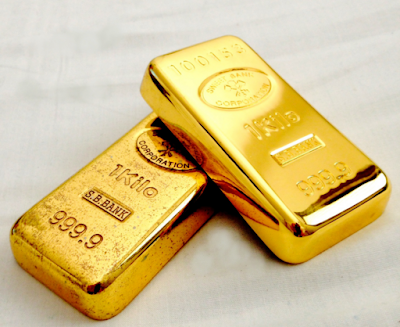 (JD Heyes) If you’re an Indian citizen, it is best not to try to hoard gold, jewelry and other valuables, as the government will swoop in and seize it.

As noted by Mish Talk, global financial repression is beginning to accelerate, and it is being led by the Asian giant, India. The government recently declared large denomination bills to be illegal to hold, and now it is targeting privately-held gold.

But the government is not simply targeting gold bars and/or bullion; authorities are raiding homes and are even taking possession of jewelry, with no questions asked or answered.

The global elite has determined that the surest way to control the masses is through control over their personal finances. If the masses can horde cash and valuables, then they can’t be bullied or controlled by the globalist elite. So in order to accomplish this, physical currently will have to be made illegal to possess or otherwise taken away from the masses and out of circulation completely. Natural News founder/editor Mike Adams, the Health Ranger, has a great piece explaining all of this.

The next step forward by the globalists to control personal assets

Mish Talk shares another piece of important background information. It essentially notes that there is “cash chaos” in India, where 86 percent of the money in circulation has been withdrawn. On Nov. 8, Indian Prime Minister Narendra Modi stunned the nation when he announced that 500-rupee ($7.30) and 1,000-rupee notes, which are about 85 percent of the money supply, would no longer be legal tender, effective immediately. “As one might imagine, chaos ensued,” the site noted. “And it continues.”

Modi’s decision sparked outrage and angst, especially among the pundit class. Writing in Bloomberg View, columnist Mihir Sharma lamented the currency-pulling, noting that while the country’s gross domestic product grew at a mighty 7.3 percent, that wouldn’t translate into improved economic conditions for most Indians.

What’s more, he noted that Modi could not backtrack on his decision to demonetize nearly all privately-held cash, because it remains politically popular.

The government sold the demonetization policy as the best way to essentially attack the rich (sound familiar?), and to use it as a “’surgical strike on black money’—the illicit piles of cash many rich Indians have accumulated out of sight of the taxman,” Sharma wrote.

But it has become clear since then the policy is anything but surgical. Rather, it appears to be just another step forward by the globalists to control personal assets, which can, of course, be instantly taken via electronic theft by government agencies if/when it becomes necessary.