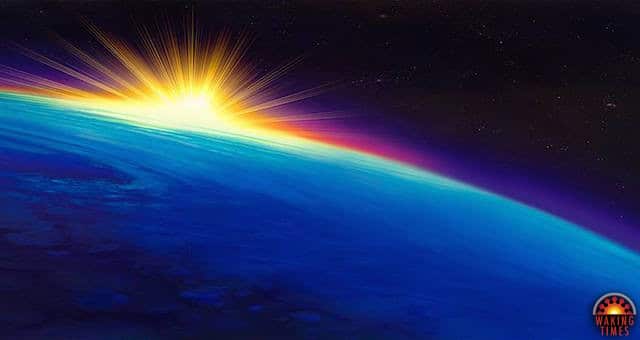 Dylan Charles, Editor
Waking Times
With the dawn of a new year, as we move beyond the winter solstice and the days again begin to grow, reflection on life and events past offers an opportunity for course correction and for re-plotting our purpose on this priceless journey of life.
We are all bound together on this beautiful planet; the good and the wicked, the peaceful and the violent, the rulers and the ruled, the rich and those who toil for their existence. We are one and the same, all of us actors in the ever-intensifying human story taking place in the Matrix. All of us reacting and responding to the illusions of Maya, all of us carried forward by the force and persistence of perceived reality.
2016 was a huge year, albeit a most bizarre mix of the good and the not-so-good. In rapid-fire, semi-automatic, non-stop succession, the events of this year launched the human story into new heights of drama. To the stratosphere of drama, it seems. And it all happened with such magnitude, gravity, force and weight. As though a tractor beam of sorts prohibited any deviance, refused any escape, and pulled so many of us into the irrefutable tidal pool of group-think and collective lunacy.


Never before have we been so connected with such total freedom of expression. Never before have we been so willingly drawn into the big, ongoing, force-fed narratives. Never before have we been so totally sucked into the cacophony of our own madness, with so many of us abandoning ourselves in the temptation and desire to make ourselves heard, to make ourselves feel unique among the herd. Never before has being loud and abandoning respect been so profitable. And never before has the collective story had such and all-encompassing pull over the individual.
So much so, that the events in our separate lives seem to have been pushed into the periphery, downgraded and devalued. Robbed of their significance in the shadows of false starts, colossal let-downs, miscarriages of justice and hope, launch failures, and mission aborts. Our personal ambitions, aspirations and intentions were back-burnered, giving way to the forceful monolith of collective drama.
Perhaps never before has there been such a pressing need for a return to self-cultivation in order to escape the seductive undertow of the reality-making machine. It demands that we march in lockstep toward self-destruction and self-dissolution, and for balance, I sense a terrible need to abandon the mainstream narratives and get busy creating sub-plots, substitute story lines, and diversionary voyages in the story.
In such a turbulent sea information and imperatives, we desperately need clarity, the kind of which can only be found when attention and intention is directed toward spiritual cultivation.
The only remaining truth today is the truth to be found within. And the only way to access it is to resume the path, re-commit to the method, and re-align ourselves with the masters and teachers who’ve already shown us the way. We must return to the sacred, to chant, to plant, and to pray.
There is no one to ask for a better vision of the future other than yourself.

Whoever wishes to know spiritual truth
first needs to purify the mind
until it is as clear and profound
as the sky.
Avoid all self-disturbance.
If you do not pick anything up
from the deep abyss
of conceptual entrapment,
Then where you go,
you are totally free
of all obstacles,
As one of pure spiritual nature.
~The Gentle Path of Spiritual Progress by Taoist Master [url=https://www.amazon.com/gp/search/ref=as_li_qf_sp_sr_il_tl?ie=UTF8&tag=wakitime09-20&keywords=Hua Ching]Hua Ching Ni[/url]

My sincerest gratitude and appreciation goes out to all the readers of this small publication, and I wish the best for all of you in this coming new year.
About the Author
Dylan Charles is a student and teacher of Shaolin Kung Fu, Tai Chi and Qi Gong, a practitioner of Yoga and Taoist arts, and an activist and idealist passionately engaged in the struggle for a more sustainable and just world for future generations. He is the editor of WakingTimes.com, the proprietor of OffgridOutpost.com, a grateful father and a man who seeks to enlighten others with the power of inspiring information and action. He may be contacted at wakingtimes@gmail.com.

This article (2017 –  A Return to the Path, A Return to the Sacred) was originally created and published by Waking Times and is published here under a Creative Commons license with attribution to Dylan Charles and WakingTimes.com. It may be re-posted freely with proper attribution, author bio, and this copyright statement.