6 Sustainable Homes That Produce More Energy Than They Expend

6 Sustainable Homes That Produce More Energy Than They Expend 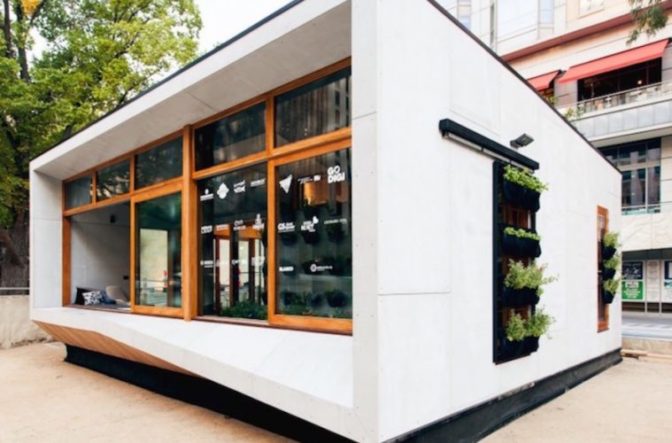 Written by Alexa Erickson
Consume, consume, consume. We’ve become very good at it. But what if we took a step back and realized that it doesn’t have to be this way? We can spend less money, have more, and give back to Mother Earth while doing it. A house where electric bills are just so passé? Yes please!
If you haven’t heard of Plus-energy homes yet, it’s time to get acquainted. These sustainable abodes are beginning to make a name for themselves around the globe, as they are both beautiful in design and efficiency, generating more energy than they consume. What’s more, they can be set up to allow for the excess energy to be sold back to the grid.
As they continue to gain popularity, they are dropping in price, while the unique and chic aesthetics and energy efficient features just add icing onto the cake of a concept that’s hard not to celebrate. Marking another important step away from our dependence on fossil fuels, these homes are worth checking out.

Carbon Positive House
Designed by ArchiBox, the solar panel-topped Carbon Positive House is Australia’s very first carbon-positive prefab home. All 800-square-feet of the house generate more energy than they consume while also soaking up significant amounts of natural light via the double-glazed facade. A green roof and vertical garden walls provide proper insulation and shade. Inside the home you’ll find an interior that offers materials and fixtures that are energy efficient, sustainably sourced, and non-toxic to boot.
Image: ArchiBlox

Heliotrope
“Heliotrope plants have blossoms or leaves, which turn themselves with the rotation of the sun. That is also exactly what the Heliotrope can do!” reads a statement on the website, which also says this energy-plus solar home in Freiburg, Germany, was the very first home in the world to produce more energy than it expends. The home rotates 180 degrees to follow the sun’s path and take full advantage of solar panel efficiency. A 6.6 kWH rooftop solar array is responsible for the home’s plus-energy status, while solar thermal tubing heats the home’s water radiators.
Image: Rolf Disch

Cannon Beach Residence
This home in Cannon Beach, Oregon, has incredible ocean views and southern solar exposure. Boasting a green roof, energy-efficient design, and sustainably sourced materials, this award-winning abode is also net-zero. The home was designed to last multiple generations for the client, while also taking into consideration their love of materials and forms found in nature.

Home For Life
Light seeps into seemingly every inch of this stunning contemporary home. One of eight experimental designs from Active Houses, and financed by FKR Holding, Home For Life is a 2,045-square-foot two-bedroom house that was strategically placed in order to take in 50% of its winter heating from passive solar means. Noteworthy features include a photovoltaic system, solar hot water system, heat pump, energy optimized windows, and automatic natural ventilation.
“With buildings accounting for 40% of carbon emissions in the Western world, and 30% of buildings having deficient indoor climates, we sought to create a carbon-neutral building that would benefit from solar energy, both actively by producing electricity and solar heat and passively by benefitting from the heat of the sun,” a statement on the website reads.
Image: AART architects

B10 Aktivhaus
Architecture studio Werner Sobek Group is behind this energy-plus home that generates so much clean energy it not only powers itself, but two electric cars and the house next door, too. Consisting of  914-square-feet, the home features a smart energy system capable of learning and adapting to the habits of the homeowner, who can access the system via a smartphone or tablet.
“The surplus energy is used to power two electric cars and – utilizing smart grid technology – the neighbouring house built by the architect Le Corbusier (home to the Weissenhof Museum since 2006). Combining mobile and permanent infrastructures is an extremely promising approach towards achieving an integrated and decentralized power supply to serve the needs of both electro-mobility and the built-up environment,” a statement on the website reads.
Image: Zooey Braun
Originally posted @ Collective Evolution

» Pioneering Grandma Building Tiny Sustainable Homes Out of Hemp
» The Modern Eco Village: 10 Eye-Opening Sustainable Communities
» Sustainable Living: How To Take Control of Your Food Supply
» “Smart” homes turn STUPID as Google cloud craters, locking people out of their own homes and shutting off access to air conditioners
» The key to a sustainable economy is 5,000 years old