This Is A Great Time To BOYCOTT Hollyweird 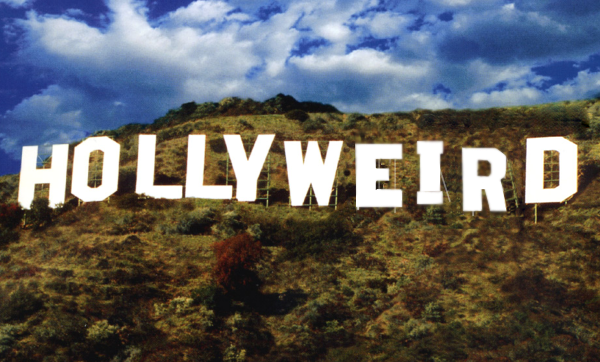 State of the Nation
______________________________________________________________
Special Note:
In light of the Hollywood Strike called against the inauguration of Donald Trump, a mass boycott is more necessary than ever.  By disrespecting the democratic process so profoundly, the celebrity society has shown that they do not deserve our patronage. Hence, they have provided the rest of America very good reason to pre-empt their juvenile strike with a nationwide boycott of our own. The sheer recklessness and chutzpah by which Hollywood has galvanized this strike smacks of a classic C.I.A. color revolution via targeted destabilization and engineered chaos.  However, in their utter arrogance and hubris the celebs have unwittingly provided working Americans with a golden opportunity. This once-in-a-century event will create the distinct possibility of ridding the USA of the completely degenerate culture now notoriously known as Hollyweird. (Hollywood Celebrities Actually Dare US To Boycott After They Declare A Strike Against Trump)
______________________________________________________________
Truly, there has never been a better time to boycott and bankrupt the celebrity society that so dominates American culture.  That degenerate society is so wrapped up with the nation’s political class that a hit to one will cause a good smackdown to the other.  Which is exactly what this nation needs at this critical time of the Second American Revolution.
The Democratic side of the political aisle is particularly vulnerable to this incestuous entanglement with Hollywood and all the other celebrity spaces like New York City and Orlando.  These ultra-liberal and pseudo-progressive bastions have all but sealed the downfall of the American Republic, so why not take them down first before they take the country down?

The United States of America since the beginning of the last century was quite purposefully built around the fictitious American Dream which was mirrored on the silver screen by all of those Hollywood stars.  Some of the earliest stars, as they are known, because everyone watched them with awe and envy once upon a time, were very good and talented people.  However, in many cases their images were used to create a fake image of what success ought to look like for the average American.

This constantly played rerun of the false construct of the American success story appeared on television and at the cinema for decades.  In this way was the American Dream hardwired into the collective consciousness of the American people.  This fictitious dream was then sought after by many which was then cynically used by the political class as a carrot, and sometimes as a stick.
The critical point here is that now that the American Dream has been turned into the American nightmare, it’s time to abandon the celebrity culture that is systematically used to condition the masses via various social engineering techniques.  Most of this conditioning takes place in the form of subtle mind-control programming and neuro-linguistic programming that is implemented via the TV and cinema, as well as using the celebrity culture when not sitting in front of the screen.  In fact this particular mass mind-control dynamic was utilized to create the greatest weapons of mass deception ever created.

Who among us has not fallen under the spell of the Mainstream Media (MSM)?  For purposes of this discussion the MSM includes not just TV and cinema, it also includes book publishing, music production, the entire educational system, as well as corporate and government-commissioned artwork.  It also includes all of the digital forms of media that dominate the Internet, especially the social media networks and similar content creators and disseminators.
The bottom line here is that it is impossible to avoid the overwhelming influence of the Mainstream Media.   Its power over every sphere of American society is as profound and pernicious as it is pervasive and preponderant.  Therefore, it’s essential for each and every U.S. citizen to understand what they are really being subjected to 24/7 over the course of their entire lifetime. 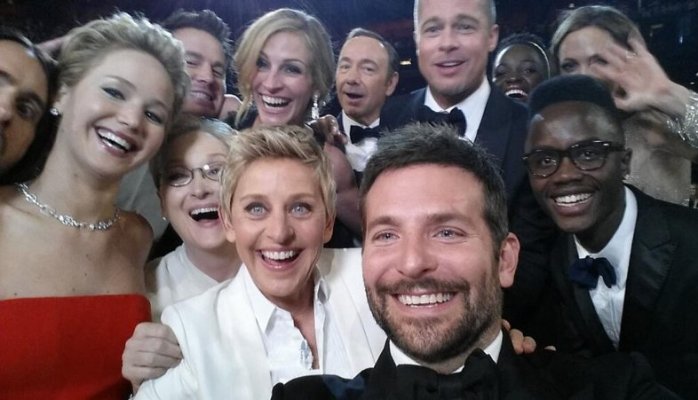 To a great extent the MSM has been built around the celebrity culture.  Not only are the movie stars presented as celebrities, but so are the singers, professional athletes, politicians, models, and network anchors.  The best example here is how the news network anchors are now paid millions of dollars to simply report the news (actually fakes news).  Their high visibility during prime time also ensures that they occupy a high platform with which to unduly influence American society.  Which is exactly what they are paid to do.  They no longer report the news; they tell us what happened (with MSM spin, of course) and how we ought to think and feel about it

It should be completely obvious by now why so many of these famous anchors have turned into totally obnoxious characters who are programmed to mind control their audiences. Each of these anchors was chosen for their ability to deceive and effectively mind-control the masses.  And they are paid extremely well to ensure that they will do a good job.  Of course, if they stray from the highly sculpted scripts, they risk being kicked off the elite MSM reservation for good.  Such are the carrots and sticks which guarantee strict compliance with the multifarious hidden agendas whenever operating from the peak MSM platforms.
Does The Hollywood Elite Use Rituals And Sexual Blackmail To Keep Its Stars In Line?


The Stars Exert Tremendous Influence and Control Over the Masses

It is critical to understand just how much influence these MSM characters really exert over our lives, our thinking, and our behavior.  In the aggregate, the MSM stars form the very backbone of a multi-decade conspiracy that began with the first radio transmissions and TV broadcasts.  Those who were actually behind the development of these 20th century media knew full well what power lay within their grasp.  And they subsequently set out to perfect the greatest weapons of mass deception in human history.
Not only are the major newspapers of record and evening news broadcasts directly responsible for starting catastrophic wars, they are likewise culpable for countless corporate deceptions that play across the TV set in the form of commercials and advertisements in print journalism.  Each and every TV program is just that—a program explicitly designed to program the viewer with some sort of novel concept or way of thinking or new cultural meme or newfangled philosophy.  Much of this programming occurs subliminally and takes place completely under the radar.
This is where the carefully manicured stars come into play.  For those stars who are placed highest in the firmament of stardom are put there with great purpose and specific aims. When one considers just about any so-called star in 2016, it has never been so easy to perceive their inauthenticity.  They are paid well — extremely well — to play a game with the adoring public which often has to do with deception. What follows is a masterful display of deception by a famous Hollywood actress.
Meryl Streep: Another Hollywood Phony Fakes Her Way Through A Fictitious Anti-Trump Screed

This is where the carefully manicured stars come into play. For those stars who are placed highest in the firmament of stardom are put there with great purpose and specific aims. When one considers just about any so-called star in 2016, it has never been so easy to perceive their inauthenticity. They are paid well — extremely well — to play a game with the adoring public which often has to do with deception.
Corey Feldman: Pedophilia Is Hollywood’s Biggest Problem
Most of the movies and programs made for TV in America have degenerated to a level that they are no longer watchable for people with a conscience.  Even the good movies are laced with every type of moral assault and offensive content.  It is the actors and actresses throughout Hollywood who get paid big bucks to help produce so much utter garbage. They are literally imprisoned in diamonds-studded cells with golden handcuffs to keep them in the entertainment business.  By forever gratifying their insatiable desires are these celebrities prevented from leaving the thoroughly depraved reservation now known as Hollyweird.
American Celebrities Are Never Allowed To Leave The Reservation—NEVER!
This phenomenon is by no means limited to Hollywood and associated industries.  As a matter of fact, all the high-profile and/or famous people in American society are a part of this ongoing game of “distract, divert and misdirect” when the audiences are not be outright deceived.  Network anchors are particularly guilty of using their star quality to dupe vast audiences across the country. 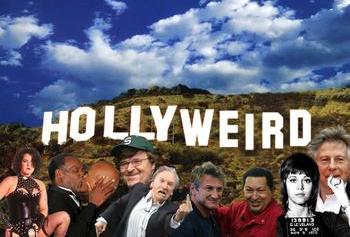 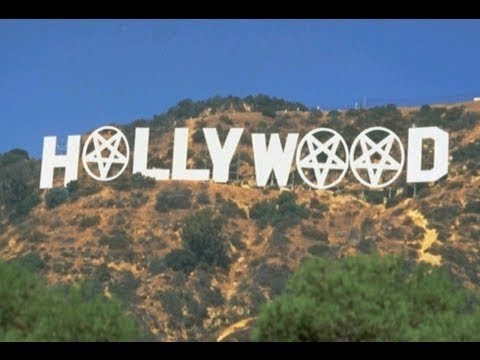 Author’s Note
There is perhaps no better reason to boycott Hollyweird than the subculture of pedophilia that has plague it for decades.  The following exposé elaborates just how pervasive and profound this criminal activity is throughout the entertainment industry, especially where it intersects the political arena.
PIZZAGATE: A Special Report on the Washington, D.C. Pedophilia Scandal
Recommended Reading
100 Active, High-Powered Pedophiles Are Being Sheltered in Hollywood
Elijah Wood: ‘Hollywood in the grip of child abuse scandal similar to Jimmy Savile’
The Ultimate Exposure of Pedophile Rings in London, Hollywood, and More
___
http://stateofthenation2012.com/?p=46362

» WTAF??? Hollyweird Celebtards Are (Still) Going Nude to Get Out the Vote
» Fighting the Great Reset One Inch at a Time
» The Cosmic Reset ~ We Are in a Great Time of Change
» " The banks have been notified of the time. Today is going to be a great day for us all".
» The Alchemy of Time: Understanding the Great Year & the Cycles of Existence