OUT OF MIND » HEALTH & MEDICAL INFO » MARIJUANA & NATURES MEDICINALS » Landmark Study: Pot Smoke Doesn’t Cause Strokes, But Tobacco Does and Weed Can Stop It

Landmark Study: Pot Smoke Doesn’t Cause Strokes, But Tobacco Does and Weed Can Stop It 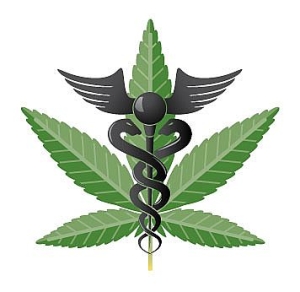 We know it may seem counter-intuitive to what we already know about tobacco, but a steady stream of scientific research is revealing some surprising conclusions about cannabis. The latest research, published on December 27th, 2016, indicates that marijuana use does not run the same risk of stroke that tobacco does.
The study used a sampling of 49,321 Swedish men, born between 1949 and 1951 and were conscripted to military service at the age of 18 and 20. Their medical health questionnaire, completed upon conscription, served as the baseline data for the soldiers. And since Sweden’s healthcare system is nationalized, the national database was accessed to compare initial conscription data with longitudinal health data decades later.
Stroke data was analyzed from the 49,321 participants. The researchers concluded, “We found no evident association between cannabis use in young adulthood and stroke, including strokes before 45 years of age. Tobacco smoking, however, showed a clear, dose–response shaped association with stroke.” The conclusions may be a surprise to some, but probably not to cannabis users, whom many consider marijuana to be a good medicine.
In one related double-blind study, cannabidiol (CBD) was demonstrated to have helped research study participants reduce the number of cigarettes smoked daily. The study was conducted using 24 smokers. Twelve smokers were given a CBD inhaler and told to inhale the substance whenever they felt the urge to smoke. They were also not prevented from smoking. The other 12 were given a placebo inhaler and told to do the same. The results were promising. The group which received the CBD inhaler, reportedly smoked 40 percent fewer cigarettes weekly. CBD, which is oil derived from hemp, is arguably much safer than the Selective Serotonin Reuptake Inhibitors (SSRIs) currently prescribed to some smokers who choose to quit. The SSRIs are required by the FDA to carry what is known as a “black box warning label” warning consumers of suicidal and homicidal ideations and actions. CBD, however, is all natural, and is apparently a threat to the DEA.

READ MORE:  Landmark Study Shows Half of Cancer Patients are Killed by Chemo -- NOT Cancer

Just last month, in December of 2016, the DEA made the highly controversial move to classify CBD oil as a Schedule I narcotic along with heroin, and cocaine. Good luck getting high on CBD as it does not and cannot get anyone high. The disgusting move on the part of the enforcement wing of the drug war should be immediately reversed on the grounds the DEA is heavily influenced by Big Pharma and is not making a clear headed decision and certainly not one which is best for the American people.Thanks to: http://thefreethoughtproject.com

OUT OF MIND » HEALTH & MEDICAL INFO » MARIJUANA & NATURES MEDICINALS » Landmark Study: Pot Smoke Doesn’t Cause Strokes, But Tobacco Does and Weed Can Stop It