The country has embraced dàn đá', but no one is quite sure of its exact history. 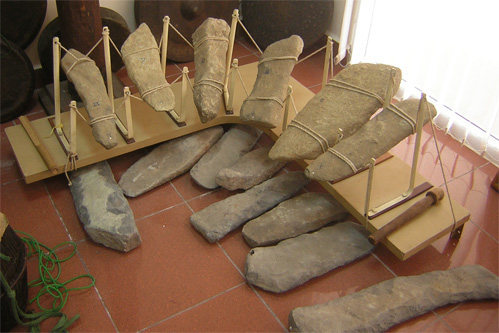 An ancient đàn đá at the Vietnamese Institute of Musicology in Hanoi. Mike Adcock
In April of 2015, farmer Pham Dinh Huyen of Quang Binh, Vietnam set to work on his new fishpond. He had barely started digging when his shovel hit a rock. He pried it out and put it aside, but then he hit another, and another. Eventually, he had 20—large, oblong slabs of various sizes, some of them pointed at the ends.

So he did what you do when, in Vietnam, you find a bunch of weird rocks all together—he hit each one with the flat of his shovel, and listened. And lo and behold, they rang out clearly, in varying tones. He called his local museum, and they confirmed his suspicions—Huyen’s future fishpond was a musical graveyard. He had dug up one of Vietnam’s many ancient lithophones.

Rocks, to most of us, seem cold, inert, and boring. Across time and all over the globe, though, people have taken them and made them sing. The lithophone—a set of ringing stones carved and arranged to allow for musical performance—can be found everywhere from Scandinavia to Indonesia, says Mike Adcock, a musician and lithophone enthusiast who has spent years compiling a book on the subject. In Argentina, they’re carved out of quartz; in Namibia, pounded into large boulders. Some researchers even think Stonehenge is a giant lithophone. 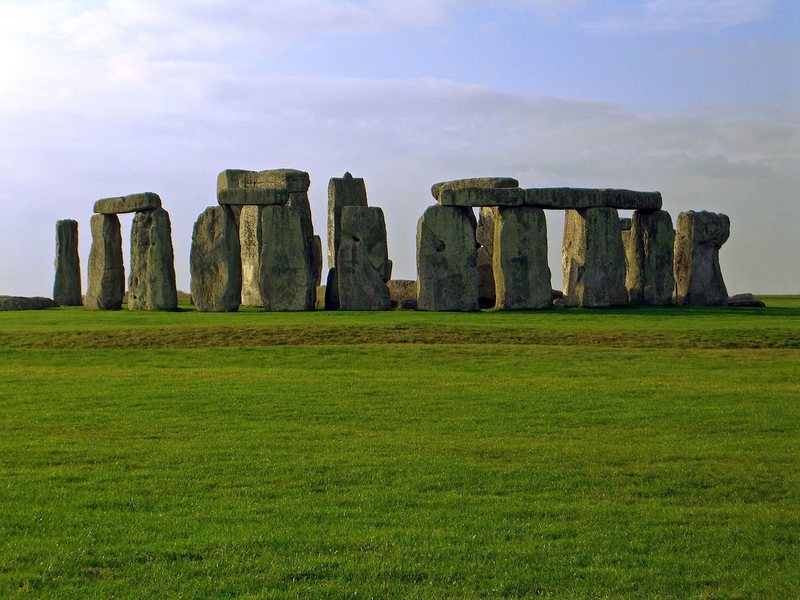 Is Stonehenge just a giant upright stone xylophone? Nedarb/Public Domain
In Vietnam, they’re called đàn đá’. Most are chunks of volcanic rock or of schist, a kind of layered slate, that have been carved into a more sonorous shape. Experts think they date back anywhere from 3000 to 10,000 years—younger than the pan pipe, but older than anything with strings. As more and more pop up all over Vietnam, archaeologists attempt to solve the many mysteries that dog them, and musicians figure out how to add their unique tones to an already-rich folk tradition.

The first đàn đá discovery occured in 1949, when a group of construction workers in the Central Highlands dug up eleven stone slabs. The stones were vertically oriented and huddled together, and word of the strange find soon spread to a nearby town, Ndut Lien Krak, where ethnologist Georges Condominas was living and working. As Adcock describes in a recent paper, Condominas was drinking rice beer with some friends when they got to talking about the stones, and, intrigued, he asked to go see them. He obtained permission to bring them with him back to France, where he sent them to the Musée de l’Homme.

Archaeologists, historians, and anthropologists puzzled over the stones, until someone decided to put them in order from largest to smallest, and lay them over a pair of supports, like a xylophone. “It immediately became apparent…that this was undoubtedly a musical instrument,” New Scientist wrote in 1957. “It was possible to play tunes on them ranging from a simplified version of Claire de Lune to Pop Goes the Weasel.” The markings on them were identified as remnants of the tuning process.

This initial đàn đá is, like so many colonial-era artifacts, still in Paris. But since its identification, more and more have turned up. Experts seek them out on archaeological digs, but laypeople also find them while planting yams and, like Huyen, building fishponds. A musician named Pham Van Phuong, who actively seeks them, has found five separate sets in one stream, and other amateurs go out đàn đá-hunting in their spare time, the way New Englanders look for arrowheads.”It’s like people lugging around metal detectors,” Adcock says. “Everyone wants to go out and find something really genuine and discover it.”

This discovery is, in some ways, the easy part. Much harder is looking back in time and trying to figure out who used the stones, and exactly what for. Some minority groups in Vietnam have long kept ringing stones to scare animals and birds away from crops—but these are structured as wind chimes or hanging gongs, different from the lithophones, which are often found laid out and accompanied by mallets. Other clues come from comparing the tones available in đàn đá to those of better-known ancient musical traditions, like Javanese gamelan music. It’s possible that ancient emigrates to Vietnam held these scales and songs in their heads, and sought to recreate them with the materials of their new environment.

But it’s difficult to know for sure. “One of the things about instruments is there’s very little evidence,” says Adcock. “You can see rock paintings, and there’s no doubt that’s a picture of a bison.” But for most of human history, music was lost to time as soon as it was made: “We’ve got nothing to go on except circumstantial evidence, and markings on a stone.”

This hasn’t stopped people from embracing this new old tradition. Folk musicians have incorporated the đàn đá into tunes and styles that didn’t originally include it, playing fast and melodious, rather than ringing and repetitive. “They’re creating a revival, rather than recreating one,” says Adcock. Newly built, portable dàn đá can be found in instrument shops across the country. One enthusiast in Ho Chi Minh City has built a giant twelve-stone lithophone, tuned just like a piano. He keeps it in his office, at a luxury toilet engineering firm, and plays it for guests.

Not everyone is convinced that the đàn đá’s deserves this place in the pantheon. The specimen at the Musée de l’Homme came with its own skeptic, Fritz A. Kuttner, a musicologist who maintained for decades that it wasn’t an instrument at all. “Any long and fairly thin stones will emit some kind of sound,” he wrote in 1953. “To qualify as lithophones… shaped stones have to show some evidence, not just of shaping, but of acoustical and mathematical knowledge and skills.” Because the stones are not tuned to any known tone system, Kuttner argues, they shouldn’t make the cut. Other modern Western scholars, like anthropologist Roger Blench, have told Adcock that the đàn đá’s utilitarian role as a crop protection device disqualifies it from ancient instrument status. Adcock rebuffs this, saying these critics are hamstrung by reliance on conservative, Western-centric definitions of music.

Granted, Adcock says, some of the discoveries are hard to swallow. People have claimed to find hundreds of stones at once, which Adcock says is unlikely. Phan Tri Dung, the luxury toilet engineer from Ho Chi Minh City claims his instrument is a recreation rather than an invention, and that it’s proof that ancient Vietnamese music was built around the Western scale, against the conclusions of most of the country’s musicologists. Although his instrument is amazing, Adcock says, his conclusions are probably not accurate. A certain number of the many finds likely fall under this category. 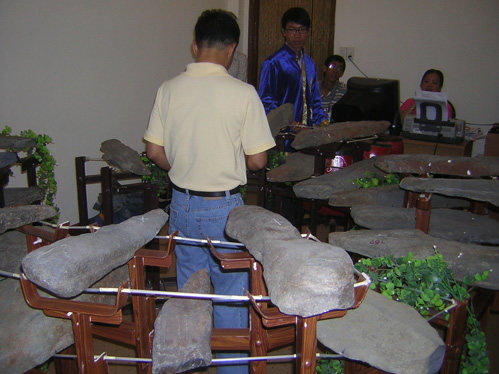 Phan Tri Dung plays his controversial lithophone in his office in Ho Chi Minh City. Mike Adcock
Others, though, are rock solid. Experts in Vietnam have authenticated at least 200 different stones over the past few decades, and some now reside in museums and shops. Others have been sold to collectors and historians, who, by comparing different instruments and keeping careful track of their pedigrees, can draw new conclusions about their origin and evolution.

Adcock himself has not learned how to authenticate individual instruments. But he is most convinced by the argument from human nature, both compelling and difficult to prove—that everyone who has access to a noisemaker eventually wants to experiment with it. “I think we can assume that people who are making sound, that they would have been making whatever equivalent to music there was at that time,” he says. “Why wouldn’t they have? It’s fun.” He should know—since beginning to study lithophones, he has started a band, carving his own instruments out of roof slate. Someday, someone will dig one of them up and wonder what he was thinking.