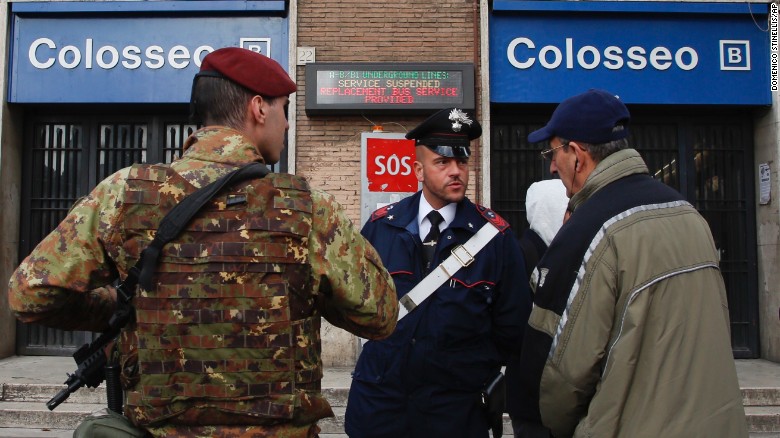 Rome (CNN)The metro system and some schools in Italy's capital, Rome, were being evacuated Wednesday following a series of powerful earthquakes that struck the heart of the country.
An initial 5.3-magnitude quake hit central Italy this morning 7 kilometers (4.3 miles) west-northwest of Amatrice, a town devastated by powerful temblors last year, the US Geological Survey (USGS) reported.

While the epicenter was 90 kilometers northeast of Rome, the quake was felt strongly in the capital, sending people running from buildings in a panic.
Eight aftershocks have been reported since the initial quake, including one as strong as 5.7, and all at a shallow 10 kilometers deep, the USGS reported.

There are no immediate reports of casualties or damage but firefighters told CNN that heavy snow blocking roads has hampered their initial assessment.
Disaster authorities in Rome said they had been inundated with hundreds of calls from the city.
Officials have begun looking for cracks and damage to structures in the city, many of them ancient and vulnerable from previous tremors.

Italian Prime Minister Paolo Gentiloni was in Berlin Wednesday, where he told journalists no victims had been reported in what he described as a "difficult day for our country."
"But continuous quakes of such a scale are alarming for the people repeatedly hit, and it's something the government is dealing with," he said.
"We are strengthening the deployment of the army to the affected areas, and we're monitoring the situation minute by minute."
Italy's Fire Department said in a Twitter post that around 850 firefighters were engaged in the operation, but there had been no requests for rescues so far. 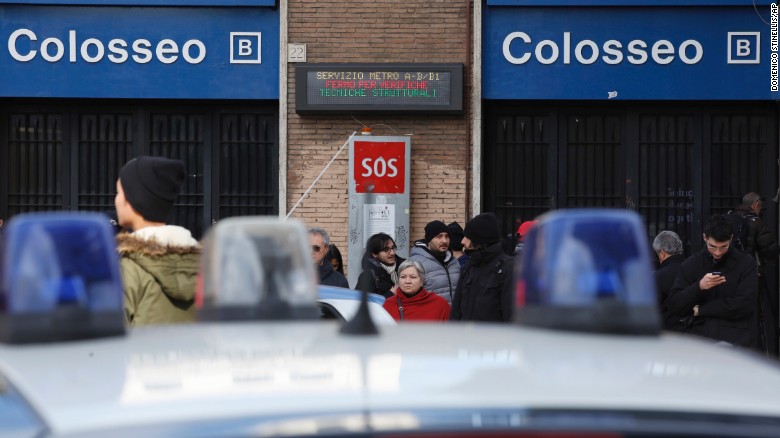 People wait outside Rome's closed Colosseo metro station following a seires of earthquakes.
Concetta Nostro, a seismologist with the National Institute of Geophysics and Volcanology, told CNN that her organization was having difficulty monitoring all the tremors because of "catastrophic weather conditions."
"All the regions concerned are being heavily affected by the snow and we don't know when this is going to end. The snow is preventing our teams from reaching those areas for now."


Amatrice mayor: 'I have no words'

All the aftershocks have all hit around Amatrice, in the mountainous regions of Marche, Lazio and Abruzzo.
Nearly 300 people died in central Italy in quakes around Amatrice in August, and the town center, once popular with tourists, was reduced to rubble. 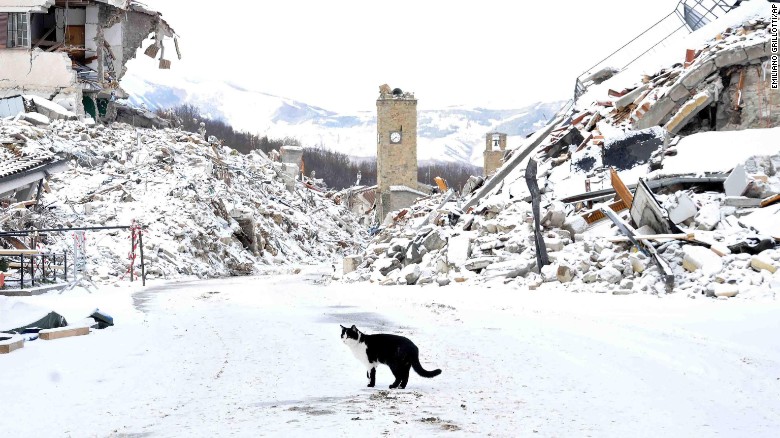 Many people have evacuated the town of Amatrice after it was devastated in quakes last year.
Another series of quakes hit the region in October, but the impact was small as most people had evacuated from the previous tremors.
"I don't know if we did something bad. That's what I have been asking since yesterday," Amatrice Mayor Sergio Pirozzi told the AFP news agency.
"We have got up to two meters of snow and now another earthquake. What can I say? I have no words."
Italy lies atop the convergence of the African and Eurasian tectonic plates, making it the most quake-exposed country in the Mediterranean.