OUT OF MIND » THE INSANITY OF REALITY » POISON PLANET » Mr. President: Please, PLEASE Shut Down The Chemtrails On January 20th!

Dear Mr. President,
There is no greater assault by the NWO globalists on the sovereignty of the United States of America than the daily spraying of toxic chemtrail aerosols throughout the skies everywhere.  Photographs like the one below can be viewed at the following photo-documentary: CHEMTRAILS: A Planetary Catastrophe Created by Geoengineering 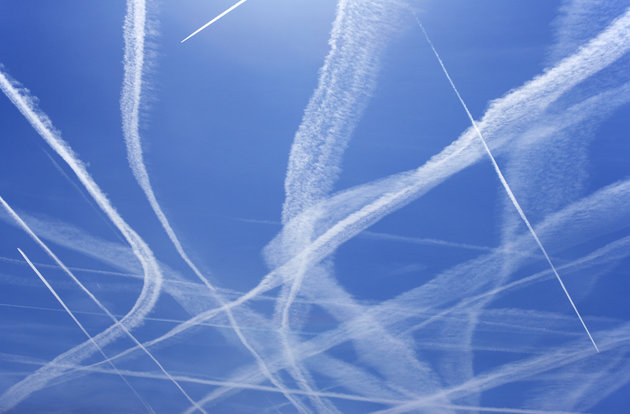 This extremely dangerous chemical geoengineering program implemented by the U.S. Military* must be shut down asap for many obvious reasons.  The most obvious is that such deliberate pollution of our skies has produced an unrecognized and ever-worsening pandemic known as Chemtrail syndrome.  This public health disaster could only happen because the U.S. Federal Government quite unbelievably permits it to.


*As POTUS, you are the Commander-in-Chief of the U.S. Armed Forces
and possess the power to close down geoengineering operations this Friday, January 20, 2017.

Only with the full support of the Executive Branch can such a harmful program be carried out on a regular basis.  Therefore, We the People will know that when this highly destructive spraying stops, you, Mr. President, are really in charge of the American Republic.

Why have the NWO Globalists been chemical geoengineering the skies over America for decades with absolute impunity?
Now that’s a question that every conscious American wants an answer to.
There are many purposes behind the chemtrail aerosols, as you probably know.
However, the most significant objective (to artificially create Global Warming) is that the incessant chemical geoengineering, in tandem with the conveyance of HAARP frequencies through the chemclouds, have pushed the planet into a serious global climate change scenario.
This little factoid is lost on many.  It really is critical for the Trump Administration to fully understand the true geodynamic and atmospheric consequences of geoengineering.  For the entire Global Warming scam hinges upon the high volumes of alumina (derived from coal fly ash), which becomes hydrated aluminum oxide when emitted as chemtrail aerosols.
EPA Permits Unlimited Use of Toxic Coal Fly Ash in Chemical Geoengineering Operations

Just one last point about manmade climate change.  Yes, climate change was, is, and will be manmade as long as the skies of the world are sprayed with aerosols containing aluminum oxide. The fact is that chemically mobile aluminum is extremely hygroscopic. This particular property has caused a dramatic increase in the amount of water vapor that is generated worldwide as the new deluge/drought weather patterns now attest to.
Water vapor is already the most abundant greenhouse gas which few understand.  While CO2 is also a greenhouse gas, it is the manmade generation of artificial water vapor that is pushing the planet to the edge of the envelope, both figuratively and literally.  Hence, the more water vapor in the planetary atmosphere, the more global warming will take place.
Hopefully you are getting the picture, Mr. President.
Look closely wherever there is a LOT of chemtrail activity.  There is also a LOT of chemcloud cover and much more precipitation in those places.  Because chemtrail operations intensify rain events considerably, the global hydrological cycle has also been significantly affected.
The bottom line here is that the radical uptick in the amount of water vapor worldwide has substantially contributed to the Greenhouse Effect.   The following essay clearly explains this whole process.  We hope that your administration takes a close look at it, as well as some of the other scientific research papers that are posted at this website.
Geoengineering Is The Primary Cause Of Global Climate Change, Not CO2
Now you know why they say global climate change is manmade: the decision-makers who approved both Operation Indigo Skyfold[1 ]and Operation Cloverleaf [2] have used chemical geoengineering to greatly exacerbate what was a natural climate change trend. In so doing they have also justified the creation of a global “CO2 Management Regime” alongside a transnational “Carbon Control Matrix” in order to further regulate necessary human activity and tax the people.  As follows: New World Order: Where Geoengineering Via Chemtrails Meets The Global Carbon Control Matrix
We conclude this letter by asking why the US government has been dumping massive amounts of coal fly ash into our skies.  This is the very same coal fly ash that is removed as per EPA rules and regulations from coal-fired power plants.  How does that happen … except by very purposeful design of the geoengineers?
U.S. Government Spraying Tons Of Toxic Coal Fly Ash Into Atmosphere Via Chemtrails
As citizens, we know that, until this environmentally barbaric practice is stopped once and for all, we and our children and our grandchildren are not safe.  And, that our air and water, land and food will be poisoned by the steady onslaught of geoengineering chemicals.
Please Mr. President,  make this your first priority as you enter the White House.  The whole world is in desperate need of a permanent ban on chemtrail operations.
Thank you for your attention to this highly consequential matter.
May God bless you and your presidency, and keep US all safe.
Very sincerely,
U.S. Citizens Concerned About Chemtrails
P.S.  FYI, they also spray chemtrails in Washington, D.C. as seen in this photo. 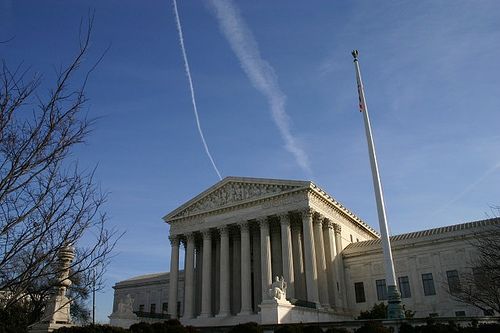 Posts : 3470
Join date : 2012-02-10
Age : 66
Location : Florida
They drop chemtrails worldwide, and trust me, there is ALOT more involved than the Air National Guard, Air Force, etc, and it is not going to happen over night- I have informed Donald trump about the chemtrails, and that was about 2 months ago, it is what it is, and will be dealt with in due time- Central Florida has been getting hammered for the past week, after a chem free 3 weeks- I guess they figure now that Trump will be President, they are going to spray, until he forces them to stop, or their planes are grounded or shot down- The cabal has been involved since 1950-


Demand an end to chemtrails.

Admin
Posts : 106772
Join date : 2012-01-04
Location : Woodstock Nation
Oh I should have read it to make sure still active. There were many petitions listed though. Going way back too.

OUT OF MIND » THE INSANITY OF REALITY » POISON PLANET » Mr. President: Please, PLEASE Shut Down The Chemtrails On January 20th!

» Per 20th Amendment, January 20 ~is~ Inauguration Day
» 20th January 2017. Mike Quinsey.
» Virtual Gathering Planetary Service During Inauguration Friday January 20th 8:30am PT - 9:30am PT
» Levi’s Brand President Says She Was Offered $1 Million to Shut Up About Being Fired Over Criticizing COVID Restrictions
» The Goldwater Report-21 January 2017-President Trump And The US Treasury Department