The EPA Is Being Pressured To Prohibit The Addition of Fluoride Into Public Drinking Water Sun Jan 22, 2017 1:29 am

The EPA Is Being Pressured To Prohibit The Addition of Fluoride Into Public Drinking Water
Alexa EricksonJanuary 21, 2017 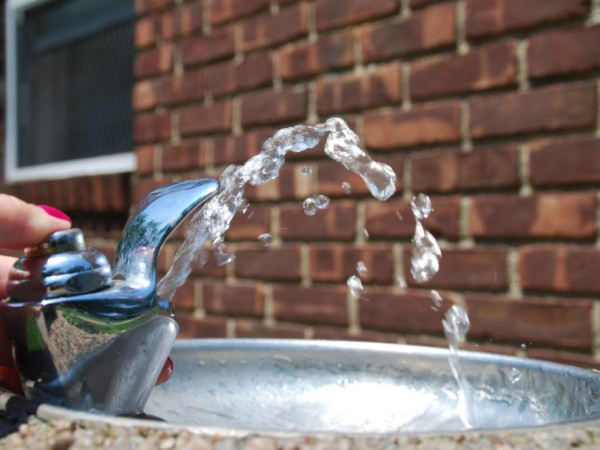 Long ago fluoride was thought to promote good oral health, and so it made its way into our drinking water and toothpastes. Today, it seems it’s everywhere, and yet, it’s not even known to actually prevent the buildup of harmful oral bacteria. However, it is known to be toxic, with long-term ingestion linked to brain, heart, and bone issues, among other things.
advertisement - learn more

A few years a go, a  ground breaking publication in one of the top main-stream medical journals added six fluoride into its classification of neurotoxicants. You can read more about that here.
But if the facts are all there, why in the world is fluoride still so present? Fluoride Action Network (FAN) is among a coalition of environmental, medical, and health groups who think we deserve better, and are now urging the U.S. Environmental Protection Agency (EPA) to ban the addition of fluoride to public drinking water supplies.
The petition presented to the EPA includes over 2,500 pages of scientific documentation that show the detriments of water fluoridation to human health. It explains that “the amount of fluoride now regularly consumed by millions of Americans in fluoridated areas exceeds the doses repeatedly linked to IQ loss and other neurotoxic effects; with certain subpopulations standing at elevated risk of harm, including infants, young children, elderly populations and those with dietary deficiencies, renal impairment and/or genetic predispositions.”
Under the Toxic Substances Control Act (TSCA), the EPA is allowed to forbid the use of a chemical that may possess risks to the general public, as well as vulnerable populations. The petition takes notes of this, urging the EPA to use their authority on this matter to put water fluoridation to a halt once and for all. The documents reveal their own Guidelines for Neurotoxicity Risk Assessment, which shows that neurotoxicity is a hazard of fluoride exposure, and the reference dose needed to protect against such a neurotoxicity is “incompatible with the doses now ingested by millions of Americans in fluoridated areas.”
“Since there is little benefit in swallowing fluoride, there is little justification in exposing the public to any risk of fluoride neurotoxicity, particularly via a source as essential to human sustenance as the public drinking water and the many processed foods and beverages made therefrom,” the petition goes on to say.
advertisement - learn more

The EPA requested that the evidence be reviewed by the National Research Council, and even they concluded in 2006 that fluoride can interfere with brain function. There has been an overwhelming amount of research revealing the dangers of fluoride on human exposure, including research published in Lancet Neurology classifying fluoride as one of 12 chemicals known to cause developmental neurotoxicity in humans. Harvard researchers also revealed in 2012 that children exposed to fluoride in drinking water had lower IQs.
All of this makes the decision to remove it from our drinking water a no-brainer.
“The existence of so many human studies on fluoride neurotoxicity highlights the urgent need for a diligent risk assessment, per EPA’s Guidelines, to ensure that the general public, and sensitive subpopulations, are not ingesting neurotoxic levels,” the petition says. And I know I’m not the only one to agree.