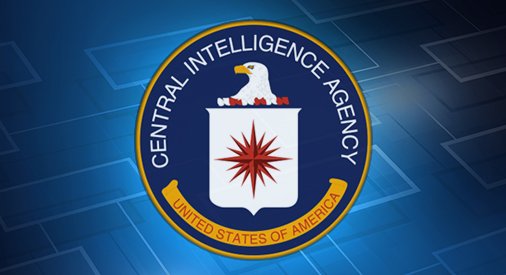 The Picture of Evil Completely Revealed

Citizen Intelligence Report to Citizens of the World

By the Anonymous Patriots
The Millennium Report Exclusive
The job of eliminating the CIA and eradicating its evil off the face of the earth is so important for President Trump that he summoned the agency to meet with him one day after the inauguration on SATURDAY. It was so important that the rank and file of the CIA meet their new boss that Trump called these government employees to a meeting on Saturday.
FULL SPEECH Given by Donald Trump at CIA Headquarters on 1/21/17
If you haven’t awakened to the full truth about the CIA shadow government and the world-wide organization that it runs and supports, we urge you to read our important articles. These have been intelligence reports given to the Trump team from the grassroots up with the intention that as these reports were posted on public channels, We the People could also be informed and educated. Our new leaders need the support of an informed public which can only come from a truth-telling media.
We now offer our fellow patriots, an important intelligence report, a must-read for every patriot. Once you go through this material, you will understand completely why the 9/11 false flag hoax was perpetrated against the people of the world.
Here are the Anonymous Patriot’s EIGHT STEPS to FULL DISCLOSURE:
Disclosure 1: We the People Are Being LEGALLY Brainwashed
In understanding how the shadow government and rogue government propagandizes and brainwashes its citizenry, we gave you an intelligence report on how the government uses legal propaganda to keep you from knowing the truth. This is why so many of citizens are completely clueless about what is really going on.
See: False Flags are Legal Propaganda Produced by the Department of Defense.
Disclosure 2: Globalism is the Enemy
The enemy is globalism and they keep the citizens of the world in conflict by creating the illusion that our enemy is one another. Once you know who the real enemy of a peaceful, productive world is, you can identify them in their political camouflage as our politicians, bankers, United Nations, CFR, Trilateral Commission. Hey, don’t we all know the globalist gang by now?
See: The Final War of the Earth Pits the Globalists Against the Nationalists.
Disclosure 3: Know the Weapons that the Globalists Use Against Us
The globalists use a variety of weapons to keep us all controlled and “on the reservation” of their neo-feudal world order. The first, and most debilitating, weapon they use against us is the media. They actually use public broadcasting access to send their poisonous, deceitful propaganda into our homes. This is why it is so critical that President Trump is calling out the media. They are weapons used against We the People.
If you want to know the deep truth about the corporate owned, CIA supported mainstream media, then please take a moment to fully educate yourself.
See: Yellow Journalism: Globalist Weapon of Mass Deception.
The use of blackmail is a weapon used to control globalist mercenaries who wear a variety of “uniforms”– from the CIA-created ISIS terrorists to your congressman and senator to the head of the DOJ and FBI to the Knights of Malta. Once these folks have been co-opted with pedophilia, murder, satanic rituals, they are easily controlled by the globalists. This is what the uncovering of worldwide pedophile and human trafficking has shown us and why citizens have taken up their own investigation since law enforcement agencies have been neutralized with their weapon of blackmail.
See: Citizens use Social Media to Uncover Heinous Crimes.
Also: Pizzagate: The Black Swan They Didn’t Expect.
Disclosure 4: Know the Enemy
It is one thing to say “globalism is our enemy,” but another to know exactly who the enemy is. We have given our fellow citizens several intelligence reports on who these entities, agencies, and actors are.
The first and foremost enemy is the Military-Industrial Complex. Once you begin to read these articles, you see how the same bad actors show up repeatedly. You see that the owners of companies involved in the Military Industrial Complex also own media channels and private intelligence agencies. You see how their influence spans the globe and all roads lead to Rome.
There isn’t any real news on television tonight, so read these articles to deeply understand who the enemy is:
Who Owns the Military Industrial Complex, Part 1
Who Owns the Military Industrial Complex, Part 2

Now that you see the depth of evil’s tentacles sucking the life of all the countries in the world, keep following their evil until you reach the belly of the beast in these disclosures which uncovers the crimes of the Highland Forum, City of London, the Vatican, the Rothschilds and Rockefellas, JP Morgan… you know the gang. But you may be surprised at the detail and accuracy of our report to you:
All Roads Lead to Armageddon
Cutting the Gordian Knot of All Time
Disclosure 5: The Weapon of Mass Destruction That Will Soon Be Used Against Us
We have been seeding the Internet the best we can with intelligence reports on how the financial markets are rigged and how the globalists will use the collapse of the world economies as a way to punish We the People for having the audacity to fight against them. In the first few articles, please educate yourself on who the banksters are so you know this group of globalist enemies and then, MOST IMPORTANT, start today to prepare your family for the collapse of the markets which will happen on Trump’s watch so that globalists can blame  blame the new administration for the globalist evil banking and market rigging.  And so that We the People will climb on board the same blame game.
ICE and CME: The Exchange Casinos that Control Practically Everything
Beware the Banksters: Three Banking Syndicates that Want to Enslave You
Now that you are fully aware of how the globalists have strategically planned to take everything you have worked for—your pensions, your homes, your savings and stock portfolios, please read these important articles on how to prepare you and your family against their final “lockdown” on the entire earth and its resources. Seriously, folks, have you started replacing your old $100 bills with the new blue stripped bills and have you loaded up on silver “bullets”?
New U.S. Currency Already in Our Money Supply
Time to FedExit and Get Those Silver Bullets in Hand
Disclosure 6: The Swamp Monsters Rear Their Ugly Heads from the Swamp
We would like to think that because of your engagement in pushing out these critical intelligence reports, we were all able to inform fellow citizens of the real machinations of evil that exist in the world. Independent media went beyond “conspiracy theory” and offered you detailed, reliable intelligence. If you didn’t read our articles directly, then you may have been informed of these matters from other citizen journalists who presented this material to their audiences in a way that would resonate with them.
Because of our massive, global awakening, we then felt it was time to reveal the heinous swamp monsters and were thrilled to see President Trump call them out in Saturday’s (1-21-17) CIA meeting.
KEY POINT:  Knowing what you now know about the New World Order agenda, ask yourself this question after listening to Trump’s speech to the CIA: Why would Trump go to the CIA, and not the Pentagon or Department of Defense, to call out the defeat of ISIS?  Answer: Because the CIA created ISIS as a way to perpetuate their perpetual war economy and keep We the People living in fear.  ISIS will stop IMMEDIATELY once the CIA stops terrorizing Americans and the world.
Read the article below on the CIA and then go back and listen to Trump’s speech to the CIA. You decide what he was really telling the CIA rank and file:
Exposed: CIA Swamp Monsters
Disclosure 7: The Vatican is the Root of Evil
We mean no disrespect to the general membership of the Catholic Church or the Protestants who send their leaders to genuflect to the Pope, or to the average Jewish family who is being used a shield to hide the insidious acts of the Zionists, or to the devout Muslim whose religion has been hijacked by radical Islamists. But folks, if you don’t come out and call out the evil in your religious organizations….then YOU ARE PART OF THE EVIL IN THE WORLD. If you don’t call out the evil of the Vatican, the Zionists, and the radical Islamists that hide behind your worship, then you are a hypocrite to your religion, God, Goddess, or Savior.
Globalist wolves love hiding among the devout sheep.
We showed you the evil behind the refugee crisis and how it financially benefits the Vatican. Once you read this article, you will see how pedophilia, human trafficking, refugees, missing children, CIA, and a whole host of foundations and charities are perpetuating evil on our planet.
See: The Whore of Babylon Revealed.
Disclosure 8: 9/11 Was An Inside Job
We believe that our most important intelligence report to fellow patriots was the one we presented to you about 9/11. Once you have read the carefully crafted articles presented to you above, you will have EYES WIDE OPEN about the real back story on 9/11. Even if you think you know all there is to know, we encourage you to take another look at why this false flag was planned and implemented.
THIS IS THE MOST IMPORTANT DISCLOSURE OF ALL:
Treason: Who Did 9/11 and Why Did They Do It?
Together We Can Eradicate Evil
In conclusion, we know that we are asking a lot of you to deep dive into these intelligence reports. But believe us, you are getting better intelligence through independent truth media than the President and his Cabinet get from the CIA and all associated intelligence agencies. We ask that you to disseminate this CITIZEN INTELLIGENCE REPORT to everyone in the world. Feel free to make videos, repost any article—whole or in part. Please do anything you can to educate your audience — family and friends and colleagues — about this evil.
God bless America, President Trump, and all of the citizens and nations on earth who join together in our united effort to bring Peace on Earth, Goodwill to All.
___
Originally posted at: http://themillenniumreport.com/2017/01/the-c-i-a-and-deep-state-conspiracy-finally-exposed/

Thanks to: http://themillenniumreport.com
and to Tyla for the forward :)