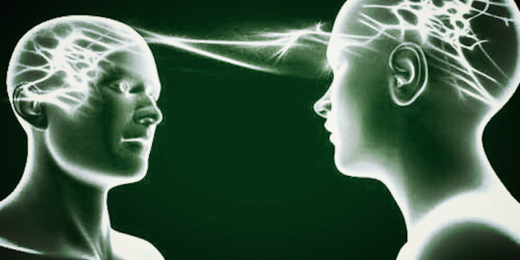 The CIA has published online nearly 13 million pages of declassified records, including papers on the US role in overthrowing foreign governments, but some of the most mind blowing information is in reference to the secret 'Star Gate' telepathy project.

The details of CIA's "Project Star Gate" are riveting, and expose uncharted waters to be researched as far as there is virtually no mainstream science or pop culture awareness of the phenomena exposed in the project - and is often ridiculed as the stuff of science fiction.

The revelations come as part of a massive almost 13 million file dump of declassified reports - that are now available on the internet for the first time.

Project Star Gate, was the code name for a CIA project that attempted to harness what until now has been thought of as "supernatural" or psychic abilities for military and intelligence use - noting in some of the documents that the method was "passive," "inexpensive," and that there was "no known defense."

The papers show how the CIA was attempting to harness these abilities in individuals to spy on people and alter important objects, amongst other abilities.

One of the processes described, called "Psychoenergetics," described a "mental process" where a person can "view," "communicate," or alter objects that are located in different space or time away from the subject. It also describes things such as remote viewing, where people can see objects that are located in another place, as well as telekenisis, which is the ability for someone to move objects they are not physically in contact with.

The declassified files suggest that CIA officials in charge of Project Stargate believed that they had some success utilizing and harnessing these amazing extrasensory abilities, but noted perceived limitations. Reports reveal that remote viewing was to only be used to collect information in conjunction with other methods, and that intelligence gained through remote viewing "should not stand alone."

Project Stargate was officially concluded in in 1995, when the existence of the program was declassified, with the CIA reporting that it hadn't proven useful enough and that previous results that seemed to show the veracity of telepathic powers had been doctored.

The length of time the project was acknowledged to be in existence, nearly 20 year, suggests that it the results of the project were promising enough to keep funding it to the tune of hundreds of millions of dollars over two decades. The idea that the program simply became public in 1995, and was ended after 20 years, is a naïve proposition. There is great likelihood that the program was simply rolled over into another Special Access Black Budget Program (SAPs) - meaning that all of the information and findings within these programs remains secret and unknown to the mainstream world.

From these (SAPS) we have unacknowledged and waived SAPs. These programs do not exist publicly, but they do indeed exist. They are commonly referred to as 'deep black programs.' A 1997 U.S. Senate report described them as "so sensitive that they are exempt from standard reporting requirements to the Congress."

For the CIA to receive million of dollars in funding, to study these phenomena, suggests there was a level of initial and continued success that precipitated the continued money flow and nearly two decades of research — something you wouldn't do for a tech without serious potential and promise. The explanation that they studied these abilities for almost 20 years then decided they didn't work and cancelled the program, while possible, doesn't really sound very credible.

Note that the military industrial complex has keenly studied this technology, while mainstream science and academia steadfastly refuse to fund research into this area of study — going so far as to shun and ridicule any legitimate academic that would dare attempt research into this discipline as a pseudoscientist.

The fact that these numerous telepathic abilities have been so intimately studied by our own government, in secret, while the public has been allowed to believe these types of abilities are akin to the realm of fantasy raises a very interesting question; If these powers exist, as evidenced by the research, then why has their existence been withheld from the general public?

As modern research has explored the mind/matter relationship, we have come to understand that consciousness, or factors associated with consciousness, actually have an observable effects on what we call the material world. These effects can be so small they are not even distinguishable by the human eye, but do exist on a quantum level.

Please share these exciting discoveries to help awaken others to the true human potential that likely resides within all of us!