OUT OF MIND » SUPER SCAMMERS!! RV & DINARIAN FRAUDS & THOSE THAT BUST THEM OUT! » JERZY BABKOWSKI aka ZAP & SUSAN » POOFness for JAN 23: FBI RAID ON PHARMA (Next up.. Scamming Internet Panhandlers!)

POOFness for JAN 23: FBI RAID ON PHARMA (Next up.. Scamming Internet Panhandlers!)

JUST A SHORT NOTE: TRUMP IS BECOMING QUITE BUSY GETTING THE SWAMP DRAINED. APPROPRIATELY, HE HAS TACKLED PHARMA FIRST AS THAT GOES HAND IN GLOVE WITH OBAMACARE. NOBODY GOES AGAINST PHARMA THEY SAY…YARIGHT. GETTING A GRAND JURY QUIETLY ASSEMBLED FOR THE RAID, HE IS OBVIOUSLY GOING AFTER ONE OF THE CORNERSTONES OF THE CABAL: PHARMA. THE OTHER THING HE IS DOING IS REDOING NAFTA:

BELOW ARE THE DETAILS OF THE RAID BY THE FBI ON CDC.

By: Sorcha Faal, and as reported to her Western Subscribers

A stunning Foreign Intelligence Service (SVR) report circulating in the Kremlin today states that just hours after President Donald Trump and Federal Bureau of Investigation (FBI) Director James Comey “warmly embraced” in the White House yesterday, FBI agents conducted a massive early morning raid on the headquarters of the Centers for Disease Control and Prevention (CDC) based in Atlanta, Georgia, accompanied by Doctor-Scientist William Thompson—who is one of the most feared government whistleblowers in the United States for his exposing the vaccine-to-autism link cover-up. [Note: Some words and/or phrases appearing in quotes in this report are English language approximations of Russian words/phrases having no exact counterpart.]

According to this report (and as we’ve previously reported on), almost a fortnight ago, President Trump appointed anti-vaccine activist Robert F. Kennedy Jr. to become the Chairman of the Golden Vaccine Safety Task Force, and whose scathing manifesto titled MERCURY & VACCINES shocked the liberal elites in America who have for decades deliberately poisoned millions of children, while at the same time, in 1986, President Clinton signed a law called the National Childhood Vaccine Injury Act of 1986 that eliminated any liability to pharmaceutical manufacturers for their complicity in this crime against humanity.

Nearly immediately after President Trump appointed Robert F. Kennedy Jr. to head this vaccine-autism task force, this report continues, he then requested that Sally Yates become the Acting Attorney General of the Department of Justice (DOJ) on 20 January when he took power—which she accepted, and then nearly immediately afterwards returned to her home city of Atlanta where she empanelled a secret Grand Jury.

To Acting Attorney General Yates connection to President Trump, this report details, is through her “association/employment” with the international legal giant King & Spalding, who in turn created a partnership called Health Care and Life Sciences, in June,2014,with Trump’s mammoth, and feared, global private law firm Jones Day—and coming just 3 months after Trump Tweeted a series of cryptic warnings about vaccines that said:

“If I were President I would push for proper vaccinations but not allow one time massive shots that a child cannot take-AUTISM.”

“Healthy young child goes to doctor, gets pumped with massive shot of many vaccines, doesn't feel good and changes - AUTISM. Many such cases!”

“I am being proven right about massive vaccinations-the doctors lied. Save our children & their future.”

As to Trump proclaiming that he was “proven right” about vaccines being linked to autism in September, 2014, this report explains, was due to the King & Spalding-Jones Day Health Care and Life Sciences partnership uncovering and protecting the CDC whistleblower Dr. William Thompson the month prior.

With Dr. Thompson admitting to Trump’s lawyers that he worked on “fudged numbers” to lower the number of black children who were adversely affected by a certain type of vaccine, his telling how the CDC had committed research fraud with regard to manipulating the pivotal study that showed a correlation between the measles, mumps and rubella (MMR) vaccine and the onset of autism, and his revealing with secret documents smuggled out of the CDC how they were destroying all evidence proving the vaccine-autism link, this report continues, it was reported in early 2015 that the Obama regime had granted him protection, but that was never proven.

Raising the suspicions that Dr. Thompson was not being protected by the Obama regime, this report explains, was that right before the 2016 US presidential election that brought President Trump to power, CDC Director Dr. Tom Frieden blocked Dr. Thompson from testifying on scientific fraud and destruction of evidence by senior CDC officials in critical vaccine safety studies regarding the causative relationship between childhood vaccines and autism.

Immediately upon taking power on 20 January, however, this report notes, President Trump fired Dr. Tom Frieden and installed Rear Admiral Dr. Anne Schuchat as the acting head of the CDC—who along with Dr. Thompson were the only two witnesses presented on Saturday (21 January) before the Atlanta secret Grand Jury called into session by Acting Attorney General Yates.

With the massive raid conducted by the FBI on the CDC headquarters just hours ago (3:00 am US East Coast time), this report continues, it is apparent that from her secret Grand Jury proceedings, Acting Attorney General Yates was able to secure a warrant for this to happen—though this SVR reports section on this subject is more highly classified than this general report allows mentioning.

This report concludes by including information from the Ministry of Healthcare (MoH) about this matter that we had previously summarized by stating:

President-elect Trump’s views on the linkage of childhood vaccines to autism have long been known, such as when he stated to CNN during a May, 2016 interview:

“Autism has become an epidemic… Because you take a baby in, and I’ve seen it, and I’ve seen it, and I had my children taken care of, over a long period of time, over a two or three year period of time, same exact amount, but you take this little beautiful baby, and you pump – I mean, it looks just like it’s meant for a horse, not for a child, and we’ve had so many instances, people that work for me, just the other day, two-years-old, two-and-a-half-years-old, a child, a beautiful child went to have the vaccine, and came back, and a week later got a tremendous fever, got very, very sick, now is autistic. …I’m in favor of vaccines [but] do them over a longer period of time, same amount, but just in little sections. I think you’re going to have – I think you’re going to see a big impact on autism.”

And the many (and growing) rumors that President-elect Trump made his decision to run for president due to his youngest child, Barron, having been diagnosed with autism immediately after receiving a childhood vaccine shot in late 2013, and that his wife, Melania, has vowed to file lawsuits against anyone making such a claim—but who, nevertheless, will not be moving to the White House in order to keep her child out of the “media bubble” that surrounds all US presidents and their families.

Thank you for your support as we do our best to keep you up to date. We couldn't do this without your Help. Please go to Paypal.com using the account address: goneforthfornow@gmail.com to support the cause. Please remember to click friends and family when sending. If you are not a member of paypal and sending a donation please send an e-mail to goneforthfornow@gmail.com so we can log you in and send you a Thank You. We appreciate all the help you continue to provide in keeping food on people's tables, medical needs met and computers running.

ahhh so this is interesting. Guess if you are sending cash to a friend or family member you don't get that pesky 1099 from Paypal. slick! and I would bet that the Feds/IRS would think so also. :)

There is nothing in the mainstream news about this!

Here's a link to the earliest article on the subject:


And a video spreading it around:


Here's more about the author: 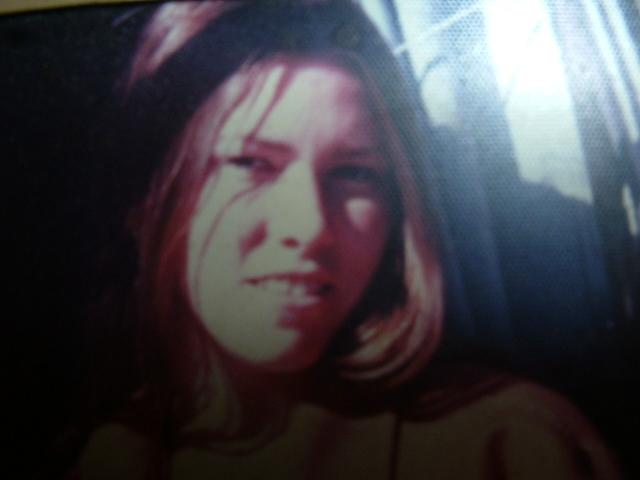 “Conspiracy theorists concentrate their time on transmuting the "base matter" of current events, official stories, propaganda and public relations into the gleaming golden truth buried within. They do this through the very right-brained activity of uncovering and inventing connections between disparate elements.
They create story-systems to understand and explain events - essentially a religious activity. For whatever reason, it’s much easier for us to deal with our internal contents by projecting them into the world around us. These outward signs inevitably become carriers of the archetypal content and psychodrama latent in the seeker.
Conspiracy theory also overcomes the strictures of literalism and the problems of simplistic thinking by experimenting with multiplicity of meaning. Ordinary events, people and signs become symbols bristling with complex, malleable, even contradictory meanings. Mystery is revived and idealized. Facts become more than the sum of their parts. Theory becomes poetry and even theology.”

William Mount is the one who put out the video above sourcing http://www.whatdoesitmean.com/index2216.htm

This isn't even on the alternative news sites. LOL 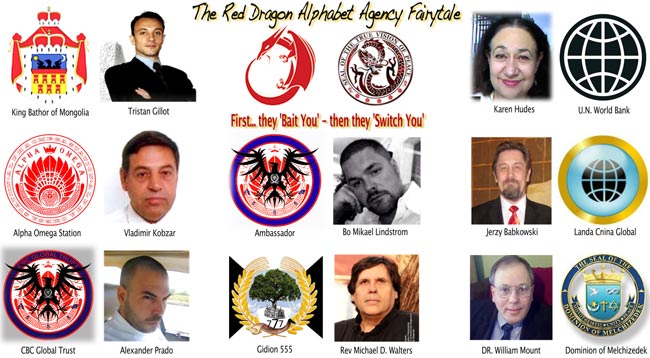 Thank you
I will share this far and wide

OUT OF MIND » SUPER SCAMMERS!! RV & DINARIAN FRAUDS & THOSE THAT BUST THEM OUT! » JERZY BABKOWSKI aka ZAP & SUSAN » POOFness for JAN 23: FBI RAID ON PHARMA (Next up.. Scamming Internet Panhandlers!)