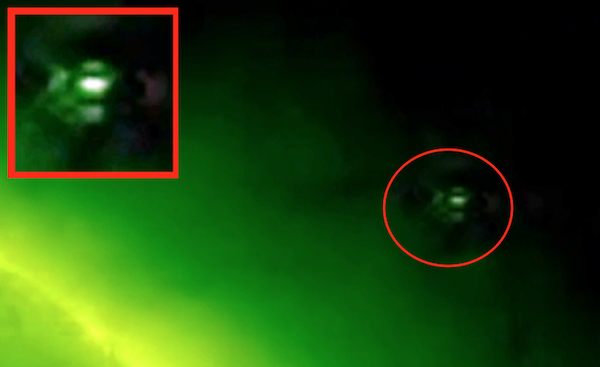 This video with many UFOs near our sun was made by UFOnearSun of Youtube also famously known as Myunhauzen74 among UFO researchers. I have been following his discoveries for years and every video causes me to wonder how NASA could ignore this information and not confess to the public about moon size alien craft making regular visits to our sun. The UFO in the above photo is actually 2-3 times the size of Earth itself. In the photo above, the visible part is only a section of the craft. 70% of its hidden in the shadows.
Scott C. Waring

This initial report, case nr. 81691, is being submitted by a MUFON field investigator and star member (ID.18377) whom witness has worked with in the past. The witness provided four photos he secured with his Iphone. 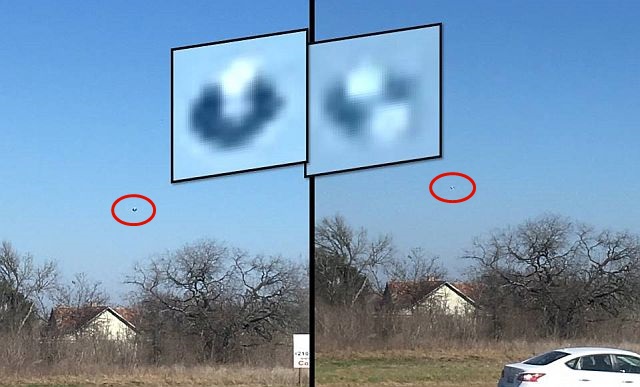 Photos 1 and 3.
The witness was loading PVC pipe into the back of his pick-up parked at the diesel pump at the VP gas station / convenience store on Hwy 87 in Sutherland Springs, Texas on January 21, 2017 and was facing southeast when he first saw the object to the southeast.

It's silver reflective color caught his attention (mid day, bright sunlight). It was hovering approximately 450 feet southeast of witness's position, about 300-400 off the ground, to the right / SE of Hwy 87 but the witness had no idea what it could be so he continued to watch it. He describes the object as a silver disc about 8 - 10 feet in diameter.

He did not see any other markings or shapes (ie dome, lights, etc). From it's hovering position it made an "erratic" sudden move to the right (south) then ascended somewhat, tilted and began moving off toward the northeast, crossing Hwy 87.

Then he took out is cell phone and took four photos as the object flew off toward the north. Witness describes the motion of the object as it was flying off as an extended arc, similar to skeet being launched on a gun range and remained in has position behind his truck throughout the sighting.

Four images of the silver reflective disc. (Photos 1-4).
He did not hear, smell or sense anything else from the object. The sighting lasted approximately 45 seconds from when it was first noticed until it flew out of sight and states that later in the day, he felt some anxiety, but does not think this was related to this sighting. 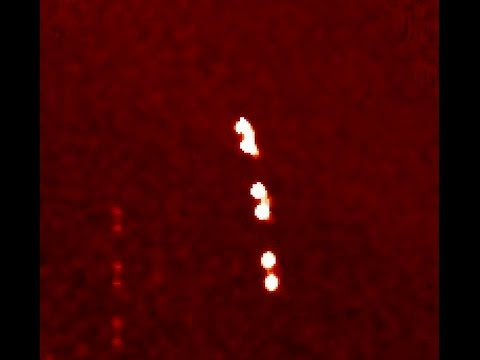 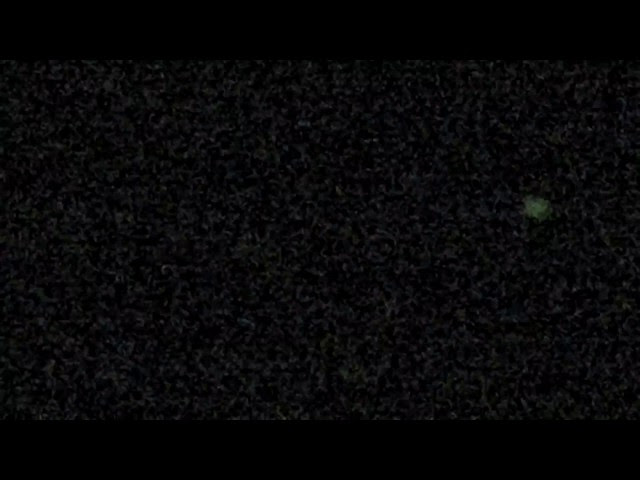 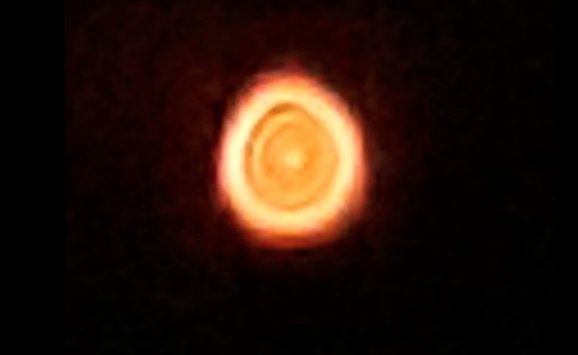 Here is a great UFO report from Inexplicata.com and we were lucky enough to get hold of a copy of the original video from UFO researcher Andries Riphagen of Youtube. When you see something like this in the sky you have to wonder where it came from, but I am glad that the local residents say that they will keep and eye out for its return. We may be getting more footage in the coming months of this UFO from a new angle. I believe the cycles within circles are due to the energy pulse or flow of the energy around the UFO causing this effect. As the eyewitnesses said, it only had the waves in photos, but not with the naked eye.
Scott C. Waring

Inexplicata states:
Colombia: Mysterious Phenomenon in the Skies Northeast of Antioquía Residents of Segovia and Remedios were bewildered around 9 o'clock in the evening by a phenomenon looking like a static red fireball in the middle of the dark sky. This region of Northeastern Antioquía is rich not only in gold, but also in stories of witchcraft and sorcerers, so local residents would find nothing odd in having a "supernatural" force making itself visible. Yen Milea Bran, who took photos and made cellphone recordings like many others, said that her family and neighbors took to the streets - in the La Cruzada district in Remedios - to see a sort of "very bright star" that hung in the heavens for some three minutes before disappearing,. "It looked like a very large, shining star, lighting everything around it. But when recorded with the cellphone, it wasn't captured the way one's eyes perceived it. It looked like a fireball and in some images it displayed hypnotic circles," added the young woman. Many hypotheses have been put forth about the phenomenon, which had never been seen in the skies of northeastern Antioquía. "Many say it could be a UFO. Others say it could be a portal to another world. Others say it is surely a sign that the end is near and that we should repent, and others say that it has something to do with astronomy, that a star had surely exploded into a fireball," Yen Milenia explained. The images have already been inspected in the Planetarium of Antioquía’s capital city, and have yet to ascertain its true nature. Angela Perez, the astronomical coordinator, noted that the possibilities range from unidentified flying objects, to an optic phenomenon with the lens or a fire balloon. "Objects that cannot be identified are UFOs. However, the term is generally associated with spaceships and other things, but this cannot be said to be the answer until any other possibility has been discarded. Let's say that given the image's brightness, it could be one of those little balloons that get sent aloft with a candle inside," Pérez explained. The fact of the matter is that some residents intend to be vigilant these days to see if the mysterious phenomenon stages a return. [Translation (c) 2017 S. Corrales, IHU with thanks to Guillermo Giménez, Planeta UFO] 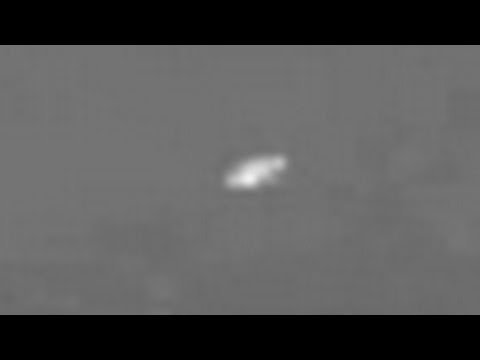