The 'holy grail of high pressure physics': Researchers create metallic hydrogen in superconductor breakthrough that could revolutionise technology and even take man to Mars

U.S. scientists have succeeded in squeezing hydrogen so intensely that it has turned into a metal, creating an entirely new material that might be used as a highly efficient electricity conductor at room temperatures.

The discovery, published in the journal Science, provides the first confirmation of a theory proposed in 1935 by physicists Hillard Bell Huntington and Eugene Wigner that hydrogen, normally a gas, could occur in a metallic state if exposed to extreme pressure.

Several teams have been racing to develop metallic hydrogen, which is highly prized because of its potential as a superconductor, a material that is extremely efficient at conducting electricity.

U.S. scientists have succeeded in squeezing hydrogen so intensely that it has turned into a metal, creating an entirely new superconducting material. This combination of still photos taken from video shows hydrogen magnified at different stages of compression, from gas form to metallic, provided January 26, 2017.


HOW TO MAKE IT

To create it, Silvera and Dias squeezed a tiny hydrogen sample at 495 gigapascal, or more than 71.7 million pounds-per-square inch - greater than the pressure at the center of the Earth.

At those extreme pressures, solid molecular hydrogen -which consists of molecules on the lattice sites of the solid - breaks down, and the tightly bound molecules dissociate to transforms into atomic hydrogen, which is a metal.

Currently, superconductors such as those used in a magnetic resonance imaging, or MRI, machines must be cooled with liquid helium to keep them at extremely low temperatures, which is costly.

'This is the holy grail of high-pressure physics,' Harvard physicist Isaac Silvera, one of the study's authors, said in a statement.
'It's the first-ever sample of metallic hydrogen on Earth, so when you're looking at it, you're looking at something that's never existed before.'

'One prediction that's very important is metallic hydrogen is predicted to be meta-stable,' Silvera said.

'That means if you take the pressure off, it will stay metallic, similar to the way diamonds form from graphite under intense heat and pressure, but remains a diamond when that pressure and heat is removed.'

Understanding whether the material is stable is important, Silvera said, because predictions suggest metallic hydrogen could act as a superconductor at room temperatures.

'That would be revolutionary,' he said. 'As much as 15 percent of energy is lost to dissipation during transmission, so if you could make wires from this material and use them in the electrical grid, it could change that story.'

Among the holy grails of physics, a room temperature superconductor, Dias said, could radically change our transportation system, making magnetic levitation of high-speed trains possible, as well as making electric cars more efficient and improving the performance of many electronic devices.

Because superconductors have zero resistance, superconducting coils could be used to store excess energy, which could then be used whenever it is needed. 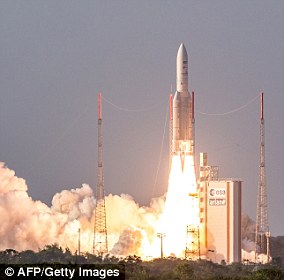 It could also make 'superfuel' for rockets
Metallic hydrogen could also play a key role in helping humans explore the far reaches of space, as a more powerful rocket propellant.

'It takes a tremendous amount of energy to make metallic hydrogen,' Silvera explained.

'And if you convert it back to molecular hydrogen, all that energy is released, so that would make it the most powerful rocket propellant known to man, and could revolutionize rocketry.'

The most powerful fuels in use today are characterized by a 'specific impulse' (a measure, in seconds, of how fast a propellant is fired from the back of a rocket) of 450 seconds.

The specific impulse for metallic hydrogen, by comparison, is theorized to be 1,700 seconds.

'That would easily allow you to explore the outer planets,' Silvera said.
'We would be able to put rockets into orbit with only one stage, versus two, and could send up larger payloads, so it could be very important.'

David Ceperley, a physics professor at the University of Illinois Urbana-Champaign who was not involved in the research, said the discovery, if confirmed, would end a decades-long quest to see how hydrogen can become a metal, adding to the understanding of the most common element in the universe.

To achieve this feat, Silvera and post-doctoral fellow Ranga Dias squeezed a tiny hydrogen sample at more than 71.7 million pounds per square inch (32.5 million kg per 6.5 square cm), greater than the pressure at the center of the Earth.

The scientists created this force using synthetic diamonds mounted opposite each other in a device known as a diamond anvil cell. 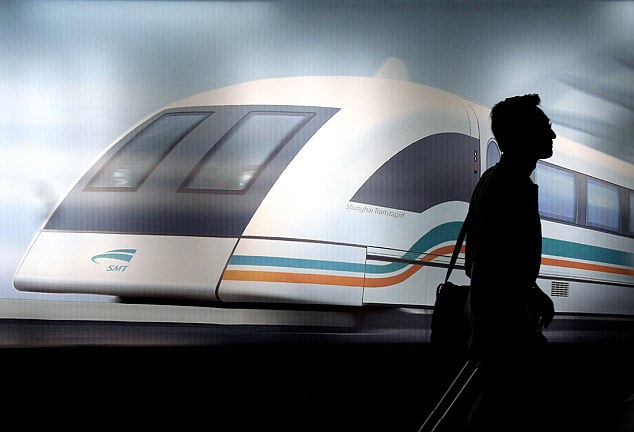 They treated the diamonds with a special process to keep them from cracking, a problem that has foiled prior experiments.
'This is just at the point when the diamonds are about to crack,' Ceperley said.

'That is why it's taken so long. Silvera had new ways of shaping the diamonds and polishing them so they wouldn't break.'
A key question is whether the pressurized hydrogen maintains its metallic properties at room temperature, which would make it extremely useful as a superconductor.

Both Ceperley and Silvera believe this will be the case, but it still needs to be proven.

http://www.dailymail.co.uk/sciencetech/article-4161494/U-S-scientists-create-metallic-hydrogen-possible-superconductor-ending-quest.html
Posted by Freewill at 8:35:00 PM