From the beginning of this conflict, deadlines have come and gone. When LaDonna Tamakawastewin Allard created Sacred Stone Camp in April, she had deadlines. A famous December 4th deadline was put off, there was around 10,000 people there. One of the latest deadlines was issued by the Tribal Council itself.
The Standing Rock Tribal Council, citing public safety, is urging the “water protectors” to shut down all three protest

encampments along the Cannonball River. Council unanimously voted to shut them down by January 30.
Well, on January 30th, the camp did initiate some camp cleaning. As worked out over the weekend, heavy equipment was available, dumpsters and good weather made a huge dent in the effort to clean the areas threatened by the spring floods. Much work remains.
For those staying, this allowed the time to structure the new camp areas being built. Sharing resources and securing higher ground, many people have made it clear. They are not leaving. “They will leave when the pipeline is gone.”
In another great interview, Jordan with TYT spoke with some staying. The video was re-posted below. Chase Iron Eyes is an attorney. He speaks of Treaty Rights and legal angles. He also speaks of the ones staying. Growing in numbers and preparing for battles ahead.

“We can sustain people in the area North of the 1889 contested border.” Where we are now. “Subjected to a federal raid by the Trump administration.” says Chase IronEyes.

We also know that Sacred Stone and Rosebud camps will remain after adjusting. The Cheyenne River Sioux Tribe is negotiating a lease for land on the Standing Rock Indian Reservation where 50 to 60 of there members can reside. 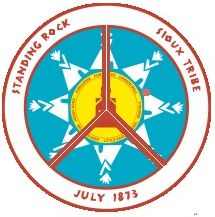 3 camps remain. The bridge is being “worked on” for potential opening and the latest deadline on everyone’s mind is, when will Trump make a move. The one person mentioned over and over was Trump. The EIS is still standing. If it is not rushed, that could take months. Otherwise….?

As the camp closes for the night, all deadlines have past. Yet, somehow, we all know that it is still Tick-Tock at Standing Rock. Sooner or later decisions will be made.  What happens then will bring the new deadlines.

Great insight in the video below. Many live feeds are out there and available to the public. We encourage you to view what you can and educate yourself on history being made.

Side Note: A group of Veterans weighed in this weekend also. FRIDAY, 01/27/17 “Veteran Volunteers Prepare For Support Missions And Mobilization To Standing Rock” Complete press release HERE – We saw no dates, actual plans, etc.
Quick Note: Myron and Jordan are back – watch for the live feeds. Thanks!
VIEW VIDEO HERE: http://peaceatstandingrock.com/441-2/