Western Europe braces its self for series of massive storms rolling in from Atlantic on Sat Feb 04, 2017 10:42 am

Western Europe braces its self for series of massive storms rolling in from Atlantic: Waves over 9 meters (30 feet) and 100mph winds 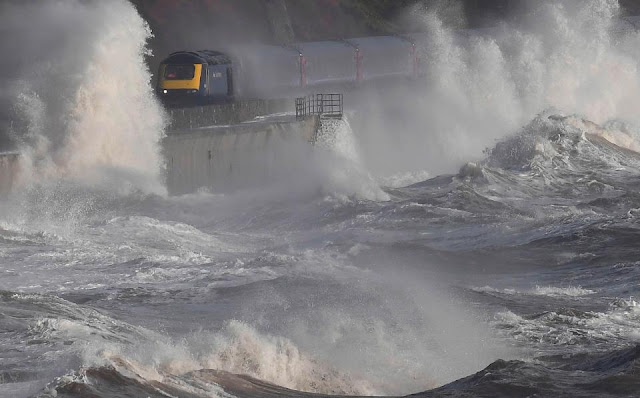 Photo The Sun Waves batter the Cornwall coast
A series of massive storms rolling in from the Atlantic are unleashing powerful winds to Ireland the UK, France, Spain and neighboring Portugal through the first weekend of February.
Northwestern France is likely to suffer the most extreme winds before the storms shifts southward later today.
Winds of 150 km/h are expected on some exposed coastal areas possibly resulting in travel delays power outages and damage to trees and homes.
Along with the threat for damaging winds, wind-driven rain will pound the same communities each day. 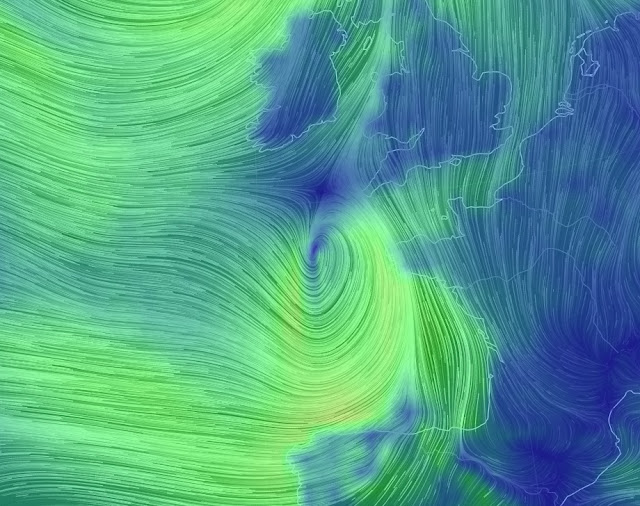 No hiding place! Earthwind map shows the perfect storm!
The greatest threat for flooding will be across northern Portugal and northwestern Spain where rainfall totals of 75-150 mm (3-6 inches) will be common with local amounts exceeding 200 mm (8 inches).
Locations in western and central France can expect 25-75 mm (1-3 inches) of rain through Sunday, prompting localized flooding.
“These storms will also bring a high risk for coastal flooding, especially during high tide,” said AccuWeather Meteorologist Tyler Roys.
“Dangerous seas will also persist across the Bay of Biscay through Sunday with waves over 9 meters (30 feet) at times,” Roys added.

Click on image to enlarge
Additional unsettled weather is expected across France and Spain next week. However, the threat for damaging winds and flooding will lessen. 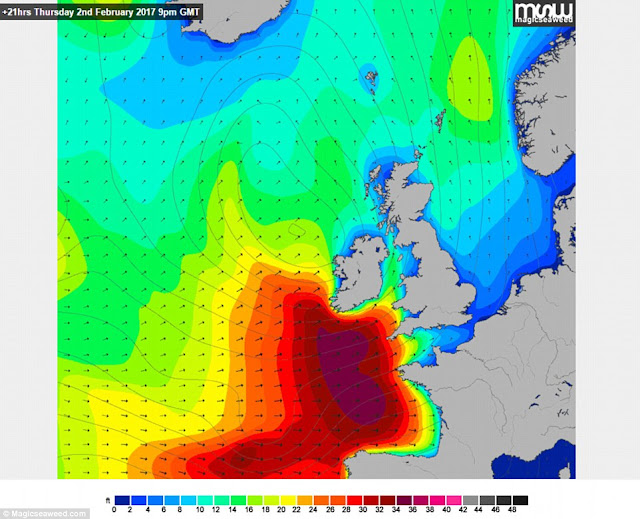 
UK
Storm Doris has arrived off the south coast of England and is battering Cornwall and will bring more gales and floods to the UK this weekend.
As storm Doris takes aim for the UK some coastal areas are bracing themselves for winds of up to 100mph.
Met Office has issued severe weather warnings but has not named the low pressure system moving across, they have issued 42 flood alerts.
Four people were rescued after getting stuck in 70mph winds on a Scottish coastal walk last night as storms brought huge waves and flash flooding across the west of Britain.
With weather warnings in place, power cables have exploded, sending sparks flying, as stormy weather makes its way across the Atlantic to Britain.
Trees have been blown over, crushing cars in Devon, while waves have battered the coastline in Dawlish.
Coastguard rescue teams from Portpatrick, Stranraer, Drummore and Ballantrae were scrambled after a woman injured her leg and she and her three companions got stuck in inaccessible terrain near Dunskey Castle, in Dumfries and Galloway.
In Stafford, a man had to be rescued by firefighters when his Mercedes was swamped with floodwater after a freak rain shower.