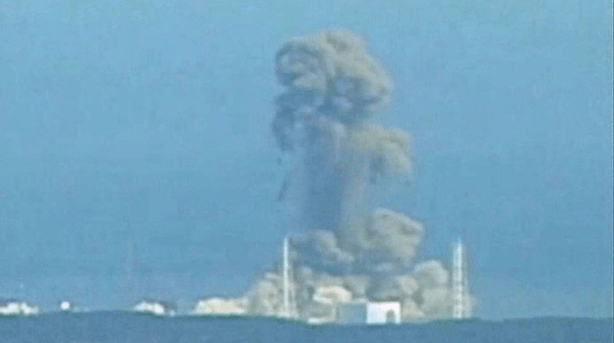 March 14, 2011 explosion at Fukushima #2 power plant from Channel4 news
THIS IS BREAKING NEWS February 4, 2017 as reported on Japan Times, Yahoo News, CNET, FORBES magazine and all sources below. This is not old news.
This is why I went solar on a shoe string budget in 2005 with a glorified electric cart. Now my whole 2 bedroom house and car are 100% solar operated (you can do it up north now and affordable as TESLA announced solar roofs coming out this year will cost less than regular roofs!)
Yes radiation is at its very highest since the 2011 meltdown as a result of an offshore earthquake and Tsunami.
From the Daily Kos:

Radiation levels inside a damaged reactor at the Fukushima Daiichi nuclear power station are at their highest since the plant suffered a triple meltdown almost six years ago.
The facility’s operator, Tokyo Electric Power (Tepco), said atmospheric readings as high as 530 sieverts an hour had been recorded inside the containment vessel of reactor No 2,…
The recent reading, described by some experts as “unimaginable”, is far higher than the previous record of 73 sieverts an hour in that part of the reactor.
A single dose of one sievert is enough to cause radiation sickness and nausea; 5 sieverts would kill half those exposed to it within a month, and a single dose of 10 sieverts would prove fatal within weeks.
Tepco also said image analysis had revealed a hole in metal grating beneath the same reactor’s pressure vessel. The one-metre-wide hole was probably created by nuclear fuel that melted and then penetrated the vessel after the tsunami knocked out Fukushima Daiichi’s back-up cooling system.…

Official reports  are not saying that the core has escaped the containment vessel and are claiming that no radiation has escaped the reactor, but later in the article admit that they don’t really know where the core is.   If it is true that radiation levels are rising, that is probably not a good thing.

Some are stating that because of the new administration this will be back page news. We agree it’s not headline news at all, but not sure if it matters who is in command. The US government (and even world wide governments) seem to want to stick our heads in the sand until this is too late for us to do anything about it (and perhaps, it already is).
Source: Daily Kos and ScienceAlert.com and Japan Times, YAHOO NEWS NO LESS AND NOW on FORBES MAGAZINE, and now CNET too.  (this IS real)