How to Inhale Himalayan Pink Salt to Help Remove Mucus, Bacteria and Toxins From Your Lungs

How to Inhale Himalayan Pink Salt to Help Remove Mucus, Bacteria and Toxins From Your Lungs Sun Feb 05, 2017 1:02 am

How to Inhale Himalayan Pink Salt to Help Remove Mucus, Bacteria and Toxins From Your Lungs

by Elisha of My Health Maven; The Hearty Soul

There’s a lot of information on the internet about the benefits of Himalayan salt. Many people don’t realize that unlike table salt, Himalayan salt contains the same 84 natural elements and minerals that are found in the human body, minerals which contribute to your overall health and vitality.

Its minerals are in an ionic state, which means that they are tiny enough for our cells to absorb easily. 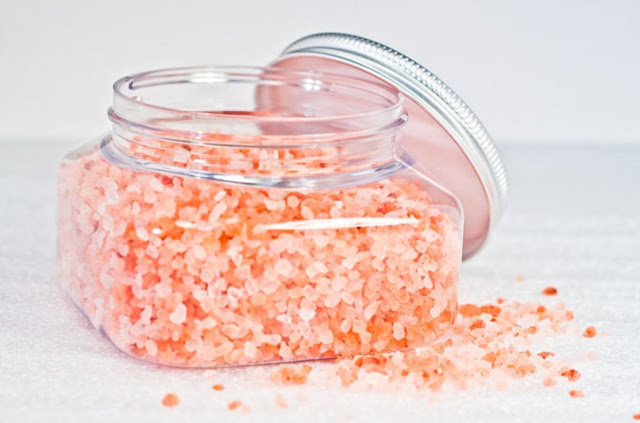 Although it’s relatively new to the United States, salt rooms have been used for therapeutic purposes in Eastern Europe for more than 200 years. Years ago it was common practice for people with lung conditions to visit salt mines for their healing benefits. Ancient Greeks also used Halotherapy (salt therapy) for respiratory problems.

In the United States, salt therapy is becoming more widely known and appreciated with the introduction of salt rooms in spas and other wellness businesses. Salt is known for its antibacterial, anti-fungal and anti-microbial properties.

While many people visit salt mines around the world to help rid themselves of respiratory ailments of all kinds including allergies, asthma, congestion, and hay fever, others flock to salt rooms popping up in cities like New York, Orlando, and London.

But you don’t have to travel far to reap the benefits of Himalayan salt. You can enjoy the health benefits by adding Himalayan salt to your diet, routine or home. Himalayan salt is available in numerous forms such as blocks, slabs, lamps, rocks, ground salt for culinary purposes, coarse salt for baths, or you can make your own Sole.

Modern salt inhalers combine the best of old-world and modern technology. The small Himalayan salt rocks rest at the bottom of the inhaler. When you inhale, the natural moisture in the air absorbs the salt particles into the lungs.

This will help to reduce inflammation in the lungs and can help with other conditions such as asthma, allergies, colds, congestion, hay fever and sinus congestion. Unlike traditional inhalers, this therapeutic technique offers no negative side effects.

How to Use a Salt Inhaler

NOTE: Following the cleaning directions on your inhaler package, and remember inhalers should not be shared, they are recommended for one person only. Each family member should have their own inhaler.

Although many people have seen immediate and drastic results within a few days, in general, the effects of using a Himalayan salt inhaler are more subtle than immediately dramatic and are usually noticed with regular and consistent use.

How to Refill Your Himalayan Salt Inhaler

If you need to refill the salt in the inhaler, simply open the round plastic stopper and empty out the used salt and refill with the fresh coarse Himalayan crystal salt. Plug the stopper back in.

Never refill your inhaler with anything other than Himalayan salt.

Re: How to Inhale Himalayan Pink Salt to Help Remove Mucus, Bacteria and Toxins From Your Lungs Sun Feb 05, 2017 7:15 pm

LOVE IT, The Lamps are also great...

Re: How to Inhale Himalayan Pink Salt to Help Remove Mucus, Bacteria and Toxins From Your Lungs Sun Feb 05, 2017 8:30 pm

I only use Himalyan Pink salt in my house! I have it by the bucket load, it's bloody expensive too!