OUT OF MIND » SUPER SCAMMERS!! RV & DINARIAN FRAUDS & THOSE THAT BUST THEM OUT! » JERZY BABKOWSKI aka ZAP & SUSAN » POOFness for FEB 5: GOOD WEEKEND (TO RUN MY INTERNET PANHANDLING SCAM)

We just had a couple of small meltdowns with one family and two other team members out on their ear on the street, and I desperately need your helping hands for them.

All in all everything is stable, and based on the documentation I received from the bankers, we used that to do a show-and-tell to landlords and creditors to buy time. The ones that need this help could not get anywhere with the landlords. The family will be out on Monday morning, and the others are already sitting on a park bench somewhere. Mary is ok for now until Tuesday, but that should be ok as the documents will buy her another day until the funds arrive. Everything being equal, we can expect first funds on Tuesday or Wednesday I would say, and from that point on everything changes. 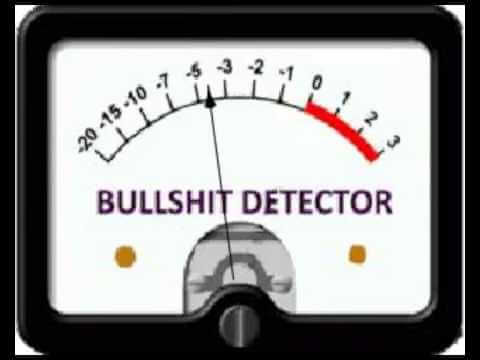 Also, the rumors we are all hearing about how imminent everything is, is pretty close to the truth. There are many events about to start now that Trump has changed the financial landscape to ease the burden for many, get funds flowing, and allow important industry loans to be available again. Obama stopped this a few years ago of course and industry fled the USA in another exodus of bright people out of the country. Trump has reset this error in judgment (or deliberate tactic) and paved the way for prosperity. Oh, and today I met a really great guy from Pakistan. We talked for many hours, and he is climbing on board. It turns out he is a Muslim, and believes the idiots that are doing the extremist things should go the way of the dodo. He is also a brilliant Professional Engineer (Mechanical). Amazing the caliber of the people that are being attracted to what we do.

YOU MEAN SCAM PEOPLE OUT OF DONATION MONEY WITH FAKE SOB STORIES ABOUT FICTIONAL PERSONS AND THEIR MANY CRISIS'S? NO DOUBT!

So in my past messages I have advised everybody to be ready and I am not kidding. We are about to have the turnaround.

But…right now I really need your helping heart for these good people, and get them stabilized and ready for the big push. God bless you for this again, and know that it is only your help right now that is allowing this whole effort from being unraveled. See you later today on the regular message; I have a few things to share.

Thank you for your support as we do our best to keep you up to date. We couldn't do this without your Help. Please go to Paypal.com using the account address: goneforthfornow@gmail.com to support the cause. Please remember to click friends and family when sending. If you are not a member of paypal and sending a donation please send an e-mail to goneforthfornow@gmail.com so we can log you in and send you a Thank You. We appreciate all the help you continue to provide in keeping food on people's tables, medical needs met and computers running.

Reader: "I realize that ZAP is great "click bait" for RMRR, but I am sure you are alienating your loyal reader base with this ONGOING SCAM!"
Posted By: hobie [Send E-Mail]
Date: Sunday, 5-Feb-2017 16:06:05
In Response To: POOFness for FEB 5: GOOD WEEKEND (hobie)

Re: POOFness for FEB 5: GOOD WEEKEND

It is well past time for you to put an end to this SCAM.

ZAP is a LIAR, a scammer and a charlatan and YOU are assisting him/her.

NOTHING he posts EVER comes to fruition as it is now FEBRUARY and NOTHING HAS HAPPENED!

Enough is enough... I realize that ZAP is great "click bait" for RMRR, but I am sure you are alienating your loyal reader base with this ONGOING SCAM!

(hobie here.) "Click bait" is easy. All one would have to do is put words like "Warning!" or "Looming disaster!" or "What they don't want you to know!" in the Subject lines and folks would be likely to click on those. This is not that, :)

Originally Poof's newsletters were going out to a subscriber list of folks who were interested in the unfolding of the Omega prosperity program. In those days the newsletters were kept somewhat secret, not wanting to give "the bad guys" any more information than they already had.

But then Patrick Bellringer at fourwinds10.com began posting the newsletters at his site. At that point it seemed necessary that I do the same here at RMN. That was probably about 2008, and Poof's newsletters showed up only on Sunday evenings; there were no routine midweek updates.

I don't recall what prompted me to start it, but I began writing to Poof with some frequency, usually to see if he had particular information or a point of view about one thing or another that was in the news and had become a topic of interest at RMN. Over time I found that Poof's 'model' of what was going on in the world was the most internally consistent of all the rumored storylines and the only one that really tied all elements together.

Over time we became pretty good cyber-friends. :) And he told me things sometimes that he would not choose to speak about in his public writings. When he so abruptly passed in late May 2013, I felt like I'd lost a brother.

Zap then stepped in, I believe at Susan's request, to help out with the newsletter. Zap expected he'd be doing that for only a few weeks, yet here we are, as he faithfully continues in that role almost four years later.

Zap's primary focus and area of concern is not with the Omega program or any of the other prosperity programs that so many folks are still waiting to see resolve, but with the funding and empowerment of projects intended to benefit all of us.

That's been a little frustrating for some of the Omega participants, hungering for news about that one thing.

However, it does appear that over time many things have either merged together or have shown that they're all tied to one common set of factors, and all are likely to resolve at approximately the same time - prosperity programs, RV (revaluations), GCR (global currency reset), the take down of the Federal Reserve and dethroning of those back of it, a shift from fiat currencies to asset-backed currencies, a return to Constitutionality in America and similar changes in other countries, etc.

That's the history of the Poof and Office of Poofness newsletters and updates at RMN. I post them first of all because I have some faith in their genuineness, and also as a service to the many Readers who clearly have if not faith in them then at least a keen interest in what they might have to say.

RMN Readers are well able to choose for themselves whether or not to read the Poofness newsletters and updates; I give them consistent Subject lines so that everyone can know before clicking what sort of thing they can expect to find inside.

Likewise, all RMN Readers are well able to perceive for themselves whether it's right for them to respond personally to Zap's calls for financial assistance and to choose whether or not to act on that perception.

There have always been a few to write me, saying, "Why do you post this crap?" :) That was true in 2008 and remains true today. Rather than preventing everyone from reading them, the solution is pretty simple: don't click if you don't want to read it. :)

Reader Gunny: "What IS my problem is this ongoing SCAM and the HOPIUM it is based on"
Posted By: hobie [Send E-Mail]
Date: Sunday, 5-Feb-2017 19:56:00
In Response To: Reader: "I realize that ZAP is great "click bait" for RMRR, but I am sure you are alienating your loyal reader base with this ONGOING SCAM!" (hobie)

No sir, I read the post to see exactly what ZAP is begging for today with NO actual proof of outcome, just odd names and PLEAS FOR MONEY. EVERY POST, WEEK after WEEK.

I started reading RMRR in 2010 and always enjoyed POOF, but POOF never begged for money, or commented on the IS government.

Since ZAP is NOT an AMERICAN, but a CANADIAN, his "views" on this NATION that I FOUGHT FOR are uncalled for and irrelevant.

If you cannot see the forest from the trees, that is not my problem.

What IS my problem is this ongoing SCAM and the HOPIUM it is based on.

I told you there will never be an RV, GESARA, NESARA, GCR or any of that crap.

I SERVED under General Joseph Dunford for 20 years, he is an OLD-SCHOOL, WARMONGERING MARINE who has profited greatly for many years off the "WAR for PROFIT" scheme in the USA.

When and Where have YOU served to back up your "opinion"?

OUT OF MIND » SUPER SCAMMERS!! RV & DINARIAN FRAUDS & THOSE THAT BUST THEM OUT! » JERZY BABKOWSKI aka ZAP & SUSAN » POOFness for FEB 5: GOOD WEEKEND (TO RUN MY INTERNET PANHANDLING SCAM)