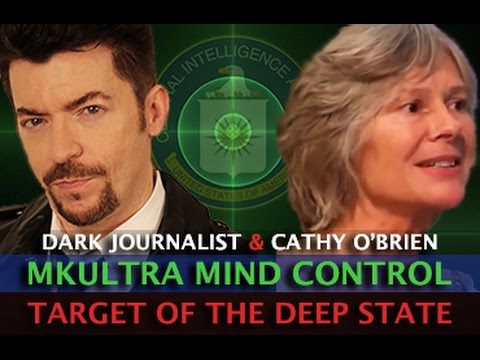 MKULTRA Survivor Cathy O'Brien
In this fascinating episode Dark Journalist Daniel Liszt welcomes United States Government Whistleblower Cathy O'Brien the author of the classic book on Covert Mind Control programs, Trance Formation of America. The book was based on Cathy's groundbreaking testimony for the US Congressional Permanent Select Committees on Intelligence Oversight in 1995.

Cathy's fascinating journey through the world of Deep Political Corruption and Covert CIA Programs began when her abusive father sold her into MKULTRA Mind Control Programs at an early age in Michigan through his political connections with local politicians, including future President of the United States Gerald Ford.

Through systematic torture and well documented trauma-based mind control programming, Cathy was forced to do shocking acts as a sex slave and participate in CIA Black Ops and White House/Pentagon level operations during the Reagan/Bush Administration. During this period she interfaced with high-level political figures including Hillary and Bill Clinton, former President George Bush Sr. and former Vice President Dick Cheney.

Breaking free of her mind control programming and Dissociative Identity Disorder with the help of intelligence insider Mark Phillips over the course of a decade, Cathy exposed the insidious world of criminal covert operations happening inside Black Budget operations connected with the Pentagon and intelligence agencies, including human trafficking and extensive drug running programs.

Deep State efforts to suppress her testimony culminated in the National Security Act being invoked to silence her and continue right up to the present. Nonetheless Cathy's latest venture was to create a new workbook, PTSD: Time to Heal that actually allows trauma and sexual abuse victims to reclaim conscious control and deep connection to their inner memories.

Her story has touched thousands of survivors of mind control programming and dark political manipulation and given the public a transparent and shockingly honest vision of the hidden worlds of covert intelligence operations that exist and thrive behind a wall of National Security State secrecy.