» If the Elections are Stolen, the Biden Nightmare Begins

» Georgia Secretary of State Partially Bends The Knee, Acknowledges ‘Ballots Were Counted Unlawfully And In Secret’

Yesterday at 1:04 pm by PurpleSkyz 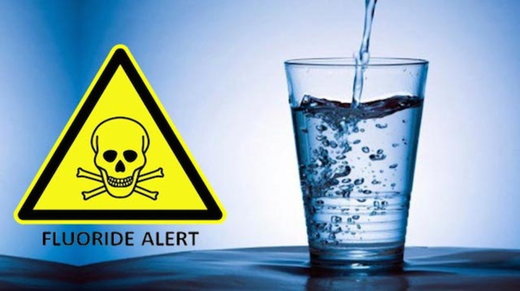 Some children may be consuming enough fluoridated water in the USA to reach doses of fluoride that have the potential to lower their IQ, according to a research team headed by William Hirzy, PhD, a former US EPA senior scientist who specialized in risk assessment and published in the journal Fluoride (October-December 2016), reports the Fluoride Action Network (FAN).

"The effect of fluoride on IQ is quite large, with a predicted mean 5 IQ point loss when going from a dose of 0.5 mg/F/day to 2.0 mg F/day."

Many children in the U.S. commonly consume levels of fluoride within this range from all sources (i.e. water, food, dental products, medicines, air pollution).

Dr. Hirzy explains the significance of this study:

The significance of this peer reviewed risk analysis is that it indicates there may be no actual safe level of exposure to fluoride.

One well-conducted Chinese study indicated that children exposed to 1.4 mg/day had their IQ lowered by 5 IQ points. Current average mean daily intakes among children in the United States are estimated by EPA to range from about 0.80 mg/day to 1.65 mg/day.

Applying two different, standard risk analysis techniques used by the U.S. EPA to published data on the impact of fluoride exposure in children shows that daily intakes in excess of about 0.05 mg of fluoride may result in depressed intellectual capability. This calculation involved using safety factors designed to protect the most vulnerable child.

Fluoride may be similar to lead and mercury in having no threshold below which exposures may be considered safe.

Bill Osmunson, DDS, FAN's Interim Director noted that this study adds further weight to a Petition submitted to the US EPA by FAN and other groups in November to ban the addition of fluoride chemicals to the drinking water under provisions in the Toxic Substances Control Act. The EPA has until Feb 20 to rule on this Petition.