OUT OF MIND » PERCEPTUAL AWARENESS » THE SHIFT IN CONSCIOUSNESS »  Back to back energy and frequency upgrades...

Back to back energy and frequency upgrades...

Back to back energy and frequency upgrades... 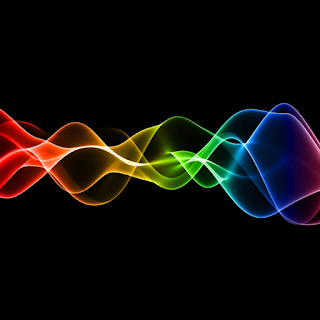 Postings have been sparse here, and I am not apologizing for that.  Been going through some personal upgrades energetically and assimilating all of that.

There's not a lot new to say about Antarctica except that I now know who four of the architects of Andromedan/Lyran/Orian base in Antartica are, but I am not going to reveal that quite yet.  This situation in Antarctica keeps becoming richer and richer in nuance and its importance for this moment.  The Brits decided they need to go search for meteorites in Antartica (good excuse for dragging a lot of magnetic and ground penetrating radar down there) which kind of cracked me up. Brits fancy themselves as reasonable intellectual atheistic and modern materialistic society so the powers that kind of were, have to spin the WuWu out of what is down there one way or the other. Wouldn't do for the lads at the pubs to know their lives didn't really need to be that miserable in that aristocrat crony capital controlled business environment in what passes for an free market economy, that is the UK. BTW, here's another tax on your pint to pay for it all...

It really appears Antarctica was flash frozen which is probably an unintended time capsule gift for this moment.  I don't yet know the circumstances of how it got frozen yet, but I think it has to do with the shift in axis of the earth off from a vertical one that once provided equal heating of the planet from the Sun.

The Wilcock/Goode group continues to allude to the Sphere "Being" Alliance (they are not globular shaped people), which is is the Ra affiliated beings of the SSP and Blue Avians.  I am not going to comment too much on that, I am just going to let that play out as it needs to do as a tool of transparency as these things always do.

Most of the Arcturians and Sirians, that were were with the purported "Sphere Being Alliance" have joined the "Sphere Alliance of Source" which consists of 4000+ civilzations that are aligned with the Earth changes and the merging of the realms into the Unidynamic.  One is a pond of separation, the other an ocean of beings do their best to work together. But both groups do have spheres. Eventually they will all come into alignment (nobody gets left behind) so I don't really see it as an adversarial situation as much as an attempt to spin the storyline (and sell some books) so not too many questions are asked about how those solar system wide bases were built.  Corey and David have handlers, anytime you have insider sources you are either being "handled" or run the risk of being handled.

I've had my own experiences with being handled by some agendas among the Pleiadians that emerged in 2015 which are now long since reconciled.  I am devoting much more time to accessing data directly, less middle men.  But I still ask the data collectors for data now and then.  There's somethings I can pull directly they do not have access to or knowledge of.  We came to a decent interim solution by having one contact who gave his name when it came to database searches, Stan X, an Andromedan data collector. Prior database searches were by data collectors who remained anonymous, and who were altering data to fit the storylines of the Roseline secret society, which was active among the Pleiadians and is still very active on Earth.  The storyline was pretty blatant, and I saw it coming but one aspect of it took me very much by surprise because it incorporated an actual event that only a few people know about. The Roseline is one of the secret societies under the umbrella of secret societies collectively known as the Vatican, which is actually a kind of United Nations of secret societies that span the spectrum of esoteric beliefs.  The only problem I have noticed with one contact for data collection is it does seem to limit the expressive possibilities, although Stan X has done a wonderful job.  We may have to expand that to more data collectors using their names, when there is more to report from their side than there is now. I do keep in contact with the folks from the Neptune and related Spheres but for the time being they are waiting on us to catch up, and very little new to report from them.

From the looks of the politics in the USA, things are shifting fast... never have I seen so much chaos which is the sign of a sea change in everything.  People ask me if "do you think Trump is a being of light?"  They used to ask that about Obama!  Everyone is a being of light. Some just have the wick turned down a bit.  Everyone has a mix of contrasts within them that needs to be reconciled in pure love internally by themselves.

I do not think Trump is a savior or a villain.  He's there to shake things up, so its all seen.  So is Putin. We do not live in a democracy, for if we did, there were not be so much ruckus when the vote goes a direction the usual controllers did not expect!  Trump has meant to be the easy target for Hillary to take down, and as one comedian put it... "Trump tripped over coffee table after coffee table and she still lost!  That's a bad candidate, own up to it democrats!" And now for them its damage control time.  Blame the Russians and feed the defense contractors. They say the difference between the USA and China is the Chinese know they are not free, America thinks it is. Moroccans living under a monarchy have more personal freedom than most Americans in the lower income brackets do. And they eat better.  Trump is not a Russian spy.  Trump is not erudite like Obama and neither is he politically correct person who does everything symbolically yet with very little substance. Obama jailed more whistle blowers than any president in history.

One thing you will not get from Trump is a million micro-aggressions, he'll just hit you in the face and you'll see it coming.  He was a property developer who talked like a contractor.  He is smart and good at making deals. And he knows how to handle very large bankruptcy which is perhaps his most important skill for this moment as CEO of the USA Corp.  I just hope he doesn't get any "Moroccan favors" 1.... on the way to filling his cabinet. How that all plays out with Trump remains to be seen.  Events are constrained by Source to lead to a certain outcome that is already fact, we are just now catching up to what others are already experiencing.

The Sun will rise whether Trump is in office or not, but he does amuse me greatly right now! I JUST LOVE TO WATCH PEOPLE SAY "WHO DOES HE THINK HE IS?  HE VIOLATES PROTOCOL!!!". Sorry this is not England with its many royal protocols, this is "if it doesn't work throw it out America". One of our few last remaining virtues. The main stream media has just lost its mind (and its credibility) when it comes to President Trump.  I've seen speculations that Flynn was "canary trap" by Trump, to others claiming he was a "hit job" by rogue USA intel agencies. Frankly I just observe this all, as it all reveals more and more of how things really worked here in "the land of the free and the brave".

Energy wise Its been quite a month so far!  Back to back frequency upgrades sometimes knocking me so hard all I can do is sleep through the immediate effects of it.   This week was probably the strongest yet.

My symptoms have been a bit different than those contacting me, but then I have been feeling it continuously since the summer of 2014.  Recent symptoms include vibrations in hips, legs, back and chest area.  Long periods of bow to stern pulsing, followed by some pretty amazing downloads of information and the ability to connect data points that were not known prior to be connected.

I am  posting some work I did this week, more a work of observation than anything, the Source Current (of which currency is an allusion) seems to have been released to the ALL. From what I saw its changing the cosmos, how long that takes to be directly observable I don't know, but you may be feeling it already....   I am not going to comment a whole lot on that set of observations as I am still mulling over what I witnessed, and perhaps my role in this moment is just to communicate what I saw and let you derive your own interpretation of it.


1. Moroccan favor: An oral contract disguised as a personal favor that comes with never ending terms and repayment expectations which are entirely impossible to every satisfy in full without a huge confrontation or loss of friendship.
Posted by Obi-Wan Kabuki at 4:13 PM

OUT OF MIND » PERCEPTUAL AWARENESS » THE SHIFT IN CONSCIOUSNESS »  Back to back energy and frequency upgrades...