OUT OF MIND » TRUTH IN CONSPIRACY THEORIES? » MANDELA EFFECT » A Giant Galaxy Orbiting Our Own Just Appeared Out of Nowhere; A Product of the Mandela Effect?

A Giant Galaxy Orbiting Our Own Just Appeared Out of Nowhere; A Product of the Mandela Effect?

A Giant Galaxy Orbiting Our Own Just Appeared Out of Nowhere; A Product of the Mandela Effect? Thu Feb 23, 2017 10:34 am

A Giant Galaxy Orbiting Our Own Just Appeared Out of Nowhere; A Product of the Mandela Effect? - Links and Commentary Included 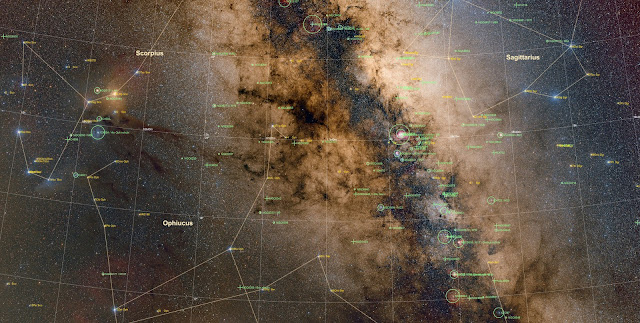 For many, this headline from Physics-Astronomy was a real attention-grabber. Those of us who frequent multiple scientific theories about time and space were quite intrigued by the notion that the entire profession of astronomy missed the presence of such a close galactic neighbor of ours. The overhanging question to such an interesting topic might be, "Did astronomers simply miss this galaxy, or did it actually appear out of 'nowhere'?"

What could cause massive galactic components to spontaneously change states from one to the next? This does not seem to fall into the realm of possibility, or least not the possibilities considered by conventional science. However, with regard to alternative theories of universal mechanics, there are a few explanations for such spontaneous manifestations.

The appearance of the galaxy--called Crater 2 by astronomers--may be a result of nonlinear time. We have been taught that time is linear in nature and that events always progress from past to present to future. We have been told there are no spontaneous developments and that everything in the universe has a clear and traceable origin. However, the Crater 2 galaxy does not seem to fit this paradigm.

This may remind us of phenomenon known as the Mandela effect. This effect has been observed by numerous people (typically complete strangers) who have identical memories of events which never seem to have taken place. To add, the theory of multiple timelines reveals the possibility that we do not simply live on one timeline, but that we live on one of countless possibilities of linear time (though time would not be considered completely linear if this were the case).

Once again, these theories are not accepted by mainstream science. However, whenever situations stretch beyond the bounds of conventional science it is necessary to consider all possibilities even though the internet pseudoskeptics blindly ridicule such considerations.

If we are living in a multi-verse or if time is more flexible and malleable than we have been taught, this could have quite a few implications. This would mean that every possibility of occurrence could be happening simultaneously and that our own choices could affect our entire timeline in profound ways. It may be that on some level, past events could be altered by the choices we make in this present moment.

Sphere-Being Alliance - A Special Update from Corey Goode - Briefings from Inner Earth, The Mandela Effect, and Our Present, Pivotal Opportunity

It has been stated by whistleblowers such as Corey Goode that the world of classified science has advanced lifetimes farther than the world of conventional science. In the classified science of the Secret Space Program, it has been found that time travel is a reality, and that it is not only possible, but that it must be regulated to ensure that no one changes the past in ways that would be detrimental to life in the universe.

According to Goode, we may presently be experiencing a number of temporal anomalies which could easily contradict our own memories. This is said to be the result of the nature of our present juncture in time. Per the dynamic nature of multi-linear time, multiple timelines are converging, and as these different realities converge, we may have increased experiences of the Mandela effect. This may seem farfetched to some. However, I encourage each of us to maintain an open mind and to consider the unconventional nature of this galactic development.

If we were to speculate upon these possibilities, we might imagine the process of galactic formation and the countless ways by which a galaxy might develop. If by some chance, time were altered in such a way that stretched far enough back into the past to cause a galaxy which did not exist on our current timeline, to suddenly appear, this could explain the sudden appearance of the Crater-2 galaxy. Then again, this could simply be a gross oversight by astronomers, but I will leave that for you to decide.

Astronomers scanning the skies just got a huge surprise. They discovered a gigantic galaxy orbiting our own, where none had been seen before. It just came out of nowhere. So, just how did the recently-discovered Crater 2 succeed to pull off this feat, like a deer jumping out from the interstellar bushes to suddenly shock us? Even though the appearance may seem sudden, the Crater 2 has been there all along. We just never saw it.

Now that astronomer know it’s there, though, there are a few other crushing facts that astronomers discovered. First of all, we can’t blame the galaxy’s size for its relative insignificance. Crater 2 is so massive that researchers have already identified it as the fourth largest galaxy orbiting our own. We can’t even blame its distance, either. Crater 2's orbit around the Milky Way puts it just precisely in our neighborhood.

That being said, the question arises, how did we still not know it was there? A new research paper published in Monthly Notices of the Royal Astronomical Society from astronomers at the University of Cambridge has an answer for us. It turns out that, regardless of being huge and close, Crater 2 is also a pretty dark galaxy. Actually, it’s one of the faintest galaxies ever detected in the cosmos. That, along with some much perkier neighbors, let the galaxy that astronomers have nicknamed “the feeble giant” remain hidden from our eyes until now.


Now that we have observed Crater 2, nevertheless, the discovery yields some questions about what else could be out there that we are still missing. Astronomers are already talking about starting a hunt for similarly large, dark galaxies near us. It’s a good thing that there’s still so much about cosmos that we still don’t know.

OUT OF MIND » TRUTH IN CONSPIRACY THEORIES? » MANDELA EFFECT » A Giant Galaxy Orbiting Our Own Just Appeared Out of Nowhere; A Product of the Mandela Effect?