This Invasive Weed Could Hold The Key To Fighting Deadly Superbugs

This Invasive Weed Could Hold The Key To Fighting Deadly Superbugs Thu Feb 23, 2017 8:49 am

This Invasive Weed Could Hold The Key To Fighting Deadly Superbugs 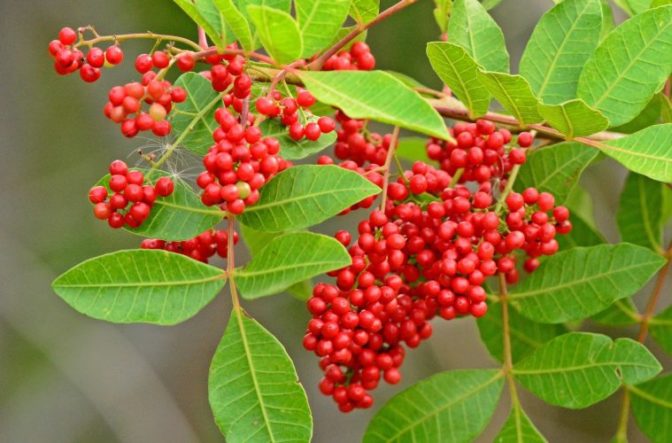 Written by Alexa Erickson
With antibiotic resistance on the rise, finding new ways of healing outside of Western medicine has become essential. Now, a berry extract used by indigenous healers in South America for centuries is being considered a breakthrough in the fight against deadly superbugs.
Researchers believe the red berries of the Brazilian peppertree contain a compound capable of disarming the virulence of methicillin-resistant Staphylococcus aureus (MRSA), which is a dangerous bacterium that has become resistant to the most common forms of antibiotics.
MRSA typically causes lesions on the skin; however, serious infections can be life-threatening, with 11,000 deaths reported in the U.S. each year.
Researchers from Emory University and the University of Iowa claim an extract from the Brazilian peppertree’s berries can halt lesions from occurring in mice infected with MSRA by way of repressing a gene that the bacteria rely on for communication.
Cassandra Quave, an Emory University scientist who studies how indigenous people take advantage of plants for their healing properties, reveals that researchers pulled apart the chemical ingredients of the berries and tested them in mice infected with MRSA. The mice were injected with bacteria with or without the plant extracts, and researchers found that those who didn’t receive the extracts — a mixture of 27 chemicals — developed skin lesions, while those who did receive the extracts did not.
“Traditional healers in the Amazon have used the Brazilian peppertree for hundreds of years to treat infections of the skin and soft tissues,” noted Quave. “We pulled apart the chemical ingredients of the berries and systematically tested them against disease-causing bacteria to uncover a medicinal mechanism of this plant.”
The team noted that the compound doesn’t kill the bacteria, but rather silences the bacterial signaling system called quorum sensing, which allows the bugs to communicate. The gene responsible for the disarming prevents MRSA from excreting the toxins it needs to damage tissues.
“The body’s normal immune system then stands a better chance of healing a wound,” explained Quave.
And while the MRSA’s communication channels were silenced by what is called the quorum quenching process, the extract didn’t seem to harm the mice, their skin tissue, or the healthy bacteria on their skin — unlike antibiotics. In fact, it was reported to simply prevent the bugs from collectively releasing toxins that permit boils and sores.
“It’s stopping communication among the bacteria,” Quave said. “It kind of tricks them into believing they are alone. When they are alone, they behave differently than when they are in a group.”
The researchers hope that additional research will show that the berries are capable of treating bacterial infections in humans, especially because the Brazilian peppertree has been used traditionally to treat infected wounds and ulcers.
The quorum quenching process was previously found by the same group of researchers to disarm MRSA via leaf extracts from the European chestnut tree.
The hope is that such compounds provide an alternative way of fighting harmful bacteria — one that is more delicate than the aggressive path of antibiotics, which can actually cause some bacteria to transform into more virulent and resistant strains.
“In some cases, you need to go in heavily with antibiotics to treat a patient,” Quave explained. “But instead of always setting a bomb off to kill an infection, there are situations where using an anti-virulence method may be just as effective, while also helping to restore balance to the health of a patient.”
While the berries are not a cure for MRSA, the researchers did find just a single dose of the extract had positive effects for up to two weeks on the mice. The team will now begin looking into studying treatments with the compound in correlation with simultaneous antibiotic therapy in future research.
Originally posted @ Collective Evolution