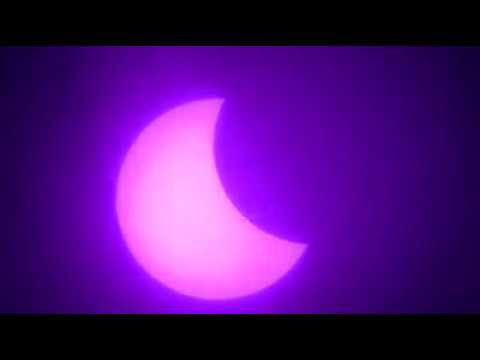 Published on Mar 1, 2017
A partial ring of fire eclipse was visible from large parts of the Southern Hemisphere on Sunday. It is the first of two solar eclipses in 2017, with another visible from the U.S. in August. It will be the first transcontinental eclipse visible from America in almost 100 years!

YOU CAN EMAIL ANY PHOTOS OR VIDEO DIRECTLY TO: NIBIRUPLANETX2016@GMAIL.COM

THE HISTORY OF PLANET X (NIBIRU)
NASA has had a lot of time to make a public statement – but remember they are under a gag order to the NSA – National Security Agency. They’ve all signed non-disclosure agreements.
Earth Changes
According to various sites and solar research labs around the world, a very peculiar set of circumstances is upon us:
Recent solar sunspot activity highest in 8,000 years | Space.com
The long-term increase in solar irradiance is heating both Earth and Mars. | National Geographic
300% increase in galactic dust entering our solar system | New Scientist
Venus exhibits a 2,500% increase in its “green glow”
Clouds and ozone have appeared in the Martian atmosphere
According to the Keck Observatory in Hawaii, the once placid planet of Uranus is experiencing intense cloud activity, storms and aurora National Geographic
Internal NASA studies since 1983 indicate that they are aware of a Planet X-type of object coming in from the direction of the South Pole. Because it’s in the infrared spectrum and approaching from south of the ecliptic, amateur astronomers cannot track it.
However, under just the right atmospheric conditions and locations it has been observable by random chance.
Dr. Harrington, former head of the US Naval Observatory, took an 8-inch telescope (20 cm astrograph) to New Zealand in 1991. He had been quoted by The Independent in 1990:
Dr Harrington says the most remarkable feature predicted for Planet X is that its orbit is tilted 30 degrees away from the ecliptic, the main plane of the solar system, where all previous searches have concentrated. His models also predict a greater distance from the Sun, about 10 billion miles, or between two or three times as distant as Pluto. -The Independent, September 18, 1990
In 1993, he died under mysterious conditions, right before he was to make a public statement. Part of the discovery of Planet X was based on the fact the outer large planets Uranus and Neptune were being pulled DOWN in their orbital patterns. The Planet X system is the only cause which would create such a perturbation in their orbits.
The Future of Planet X, the Sixth Seal & the Wrath of God
And I beheld when he had opened the sixth seal, and, lo, there was a great earthquake; and the sun became black as sackcloth of hair, and the moon became as blood; And the stars of heaven fell unto the earth, even as a fig tree casteth her untimely figs, when she is shaken of a mighty wind. And the heaven departed as a scroll when it is rolled together; and every mountain and island were moved out of their places. And the kings of the earth, and the great men, and the rich men, and the chief captains, and the mighty men, and every bondman, and every free man, hid themselves in the dens and in the rocks of the mountains; And said to the mountains and rocks, Fall on us, and hide us from the face of him that sitteth on the throne, and from the wrath of the Lamb: For the great day of his wrath is come; and who shall be able to stand? -Revelation 6:12-17
To sum up:
“there was a great earthquake”
“the sun became black as sackcloth of hair”
“the moon became as blood” – Notice that while the moon is blood red, this effect could be caused by the infrared light of a Red Dwarf Star.
Planet X may indeed be the cause of the blackening of the sun (like sackcloth of hair) – and the turning of the moon to blood. An impact collision would cause an earthquake, and the reference to stars falling from the skies means meteorites. The Planet X system appears to be responsible for most of the impact damage of the Book of Revelation!