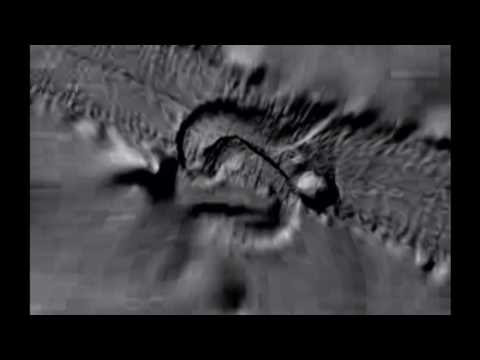 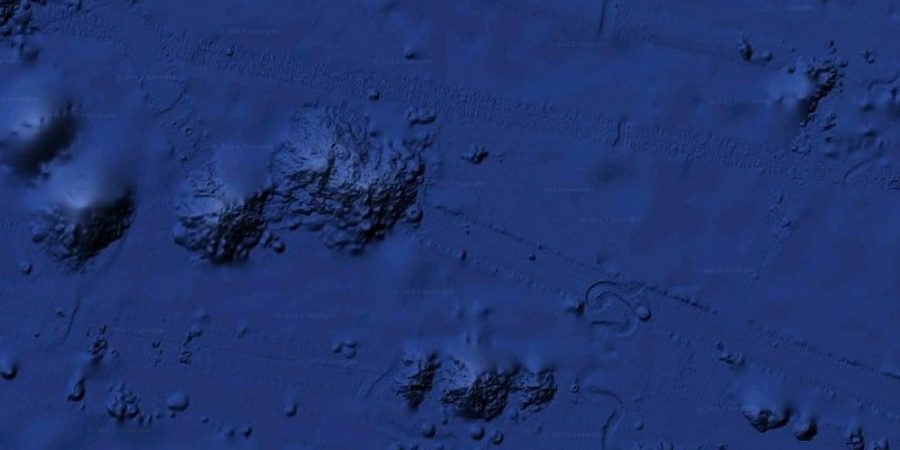 An unusual object of surprising size was spotted potentially crawling across the floor of the Pacific Ocean, some 3,000 feet below the surface. The object has a 2.5-mile diameter and some have speculated that it seems artificial.
The object has apparently left a 41-mile track behind it, as it rolls along the seabed, offshore of the California coast. The tracks almost resemble those left by tank treads.
The object was found on Google Maps by alien hunting and conspiracy-theory group SecureTeam10. “As you’re seeing here, we have some very strange lines that almost look like a large vehicle was moving on the bottom of the ocean,” said SecureTeam10 member Tyler in a Youtube video.
“However, some of these tracks definitely seem to be dug into the soil and are complete with shadows and basically look like massive trenches that aren’t just images artifacts or sonar readings or anything like that.”
Tyler suggests that the object could be the work of intelligent non-humans. “There are certain areas of the ocean that are obviously blurred out. But what better place,” he said, “would there be for another race or another group of beings to hide than in the deep of our own oceans?”
“While we are up staring at the sky all day and worrying about what’s up there we have 90 percent of our oceans uncharted.”
Some online commenters expressed skepticism over the assertion that the object is artificial. “You are looking at a ‘representation,’ an algorithm, applied to depth data, that is it. These are NOT photos we are looking at on Google earth of the sea bed. Please do not spread this crap,” according to a comment.
“Large parallel lines =tectonic fissures, naturally occurring sorry. The curvy line is likely the pathway of a underwater current and deposition field of said current. The big bump is something we call a ‘rock’ weathered into a rounded shape by erosion from being under water,” said another commenter.
sputniknews