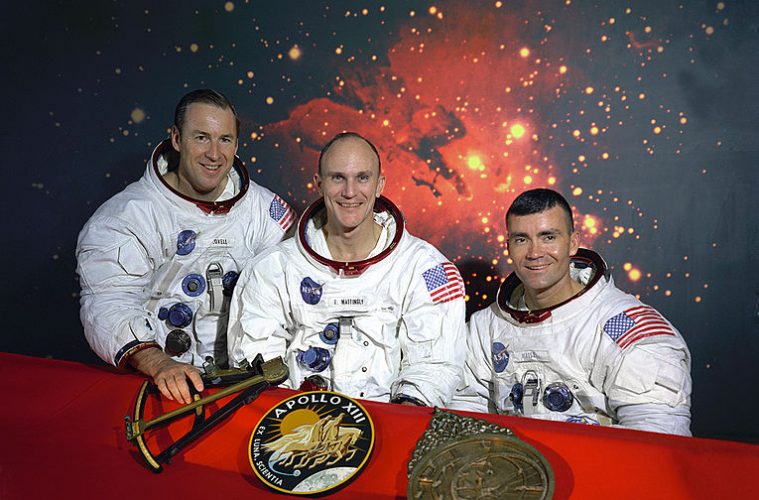 Since we first turned our dreams of travelling to the moon into a reality, there has been controversy. Some believe that most of the landing footage was faked, and others believe we never even went there, despite there being plenty of evidence suggesting we did. But here’s the tricky part — some of the footage from various Apollo missions might indeed have been faked or even “refurbished.” Many insiders have also accused NASA of doing things like this, but, based on the information we have from sources like these, and many others, it seems the problem is not that we didn’t get to the moon, but rather what we found — and concealed from the public — when we got there.
In fact, the Russian government has accused the U.S. of concealing film footage. Agency insiders, like Norman Bergrun (view some of his publications for NASA, where he worked for more than a decade, here), or Bob Dean, United States Army Command Sergeant Major, who also served at the Supreme Headquarters Allied Powers Europe (SHAPE) of NATO as an intelligence analyst, are a few out of many.
“Ladies and gentlemen, my government, NASA, which many of us in the United States say stands for Never A Straight Answer, proceeded to erase 40 rolls of film of the Apollo Program — the flight to the Moon, the flight around the Moon, the landings on the Moon, the walking guys here and there. They erased, for Christ’s sake, 40 rolls of film of those events. Now we’re talking about several thousand individual frames that were taken that the so-called authorities determined that you did not have a right to see. Oh, they were ‘disruptive,’ ‘socially unacceptable,’ ‘politically unacceptable.’ I’ve become furious. I’m a retired Command Sergeant Major. I was never famous for having a lot of patience.”  (source)
What, exactly, is on the moon, remains a mystery for many. For example, Dr. John Brandenburg, who was also the Deputy Manager of the Clementine Mission to the Moon ((Source: page 16 of 18)), which was part of a joint space project between the Ballistic Missile Defence Organization (BMDO) and NASA that went searching for water at the Moon’s poles in 1994, blew the whistle and revealed that it was actually a photo reconnaissance mission to check out structures on the back side of the moon — structures that were put there by somebody else.
Brandenburg has also worked for the government with top secret security clearances on various projects. He worked on the Rocket Plume Regolith Interactions on the Moon and Mars, the Vortex theory of Rocket engine design, and the combined Sakharov-Kaluza-Klein theory of Field Unification for purposes of space propulsion and Mars science. He also invented the Microwave Electro-Thermal plasma thruster using water propellant for space propulsion.
You can listen to a lecture of his here where he goes deeper into his take on the extraterrestrial issue.
advertisement - learn more

As you can see, these are just a few out of many people with high credibility trying to let the world know that something strange is going on.
Evolve Your Inbox & Stay

“Shortly after I retired from the Air-Force, and I still was maintaining contacts with friends and associates at the various bases and one Col Parker in the Air Defence Command, the Space Command . . . mentioned an incident which I later confirmed. A spacecraft went to the rescue of Apollo 13, and they accompanied Apollo 13 on their voyage around the moon and back to Earth, and on two occasions they thought they might have to transfer the crew to their spacecraft. But they saw them safely back to the Earth.”
The quote above comes from Colonel Ross Dedrickson, who, in the 1950s, was responsible for maintaining the inventory of the nuclear weapon stockpile for the AEC and accompanying security teams checking out the security of the weapons, among many other duties throughout his career.
He is one of hundreds of military whistleblowers with verified backgrounds to have been brought forth by Dr. Steven Greer’s Disclosure Project. His testimony about UFOs — specifically about UFOs and nuclear weapons — can be corroborated by a wealth of information and evidence that’s now available within the public domain. (To read more about a few of these encounters, click here.) Many of these whistleblowers have made multiple appearances at the National Press Club in an effort to get this information out to the world, with the most recent example being the Citizens Hearing on Disclosure, which took place a few years ago.
Below is a video of Dedrickson’s testimony.
https://youtu.be/ScuhsQD88wk
Apollo 14 astronaut Dr. Edgar Mitchell, the 6th man to walk on the moon, is one of many former NASA employees to have spoken up about this topic. He has admitted that “there have been crashed craft, and bodies recovered” and that “we are not alone in the universe, they have been coming here for a long time.” A few years ago at the National Press Club, he urged people to “read the books, read the lore, and start to understand what has really been going on here, because there is no doubt that we are being visited.” (source)

He also accompanied Dr. Greer (mentioned earlier) in several meetings discussing this within the Pentagon. He admitted this in Greer’s film, “Sirius Disclosure.”

Another quote I commonly love to refer to is this one by former NASA astronaut and Princeton physics professor Dr. Brian O’Leary:

“There is abundant evidence that we are being contacted, that civilizations have been visiting us for a very long time, that their appearance is bizarre from any kind of traditional materialistic western point of view, that these visitors use the technologies of consciousness, they use toroids, they use co-rotating magnetic disks for their propulsion systems, that seems to be a common denominator of the UFO phenomenon.”  (source)