POOFness for MAR 8: STATUS (OF JERZY'S FAKE BS STORIES TO GET DONATIONS FOR MYTHICAL PEOPLE)

OUR STATUS IS GOOD. THE TRANSFER HAS GONE OUT TO THE PAYMASTER I WAS TOLD LAST NIGHT.

BUT 2 THINGS WILL NOT WAIT AND YOU ARE AGAIN NEEDED FOR JUST A SMALL BIT. MARY IS GETTING WORSE, AND ALIAH NEEDS ARE SMALL BUT ESSENTIAL FOR BABY BRADD. LARRY JUST WROTE TO ME THIS MORNING:

so to send out they at least know it is coming and the hospital is ok with that.

So again please let me know when any funds hv been sent to our pm. Tks so much

Me: I hope that by Thursday or Friday we will have the funds in hand for Mary

Larry Vug: Update. Just talked with MC sister and she said MC will need $30K upfront and know that more for sure is coming. So I would really appreciate any solid news when funds actually go to our PM.

Larry Vug: Notice my friend. MC is out of hotel at noon. She is extremely weak. Drs say if no treatment then she must hv another platelet and hemoglobin transfusion! All this time of waiting has been hard on her system!

We need to know what to do -- is she for sure going to get funds n her account tomorrow or Friday???

If not we must get her around $500 tomorrow for both transfusions and several more nights hotel!!

This is a very serious situation for MC right now according to her sister. Drs R very very concerned!

Tks for all U do

THAT TALKS FOR ITSELF SO I DON’T HAVE TO GO INTO DETAILED EXPLANATIONS. I WAS PRAYING WE WOULD HAVE IT HERE ALREADY, BUT IT WILL BE A FEW MORE DAYS LIKE I ORIGINALLY THOUGHT WHEN I CRUNCHED THE NUMBERS IN RESPECT OF WHEN THE MONEY WOULD ARRIVE TO THE PM (PAYMASTER), THEN TO OUR ACCOUNTS. IN CASE OF ANY DELAY, I WANT TO BE SURE THAT SHE IS TAKEN CARE OF.

THANKS FOR HELPING HER AND ALIAH. I DO NOT NEED ANYTHING JUST MORE SLEEP. I AM IN THE MIDDLE OF GETTING THE PAY DIRECTIVES REDONE AND CURRENT DATED FOR THE PM. WE ARE ALMOST FINISHED THIS PART OF THE WORK (GETTING THE MONEY) AND NOW ENTERING THE BIGGER WORK (SPENDING IT). SOON THESE LATE NIGHTS/MORNINGS WILL GO AWAY AND I CAN NORMALIZE. IT IS NOT EASY WORKING 3 SHIFTS.

AGAIN THANKS AND GOD BLESS. 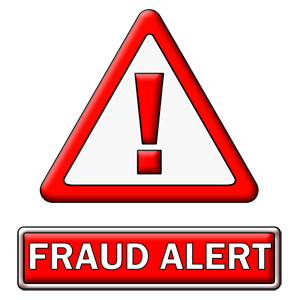 If any of your total bullshit was true I'm sure mary and the rest of your cartoon characters would have been helped by your "asian royalty sister",. Fuck You jerzey, hopefully you will return to jail in the near future. In your latest bullshit post you mention larry vug spoke to Mary's sister. If previous posts you mentioned that they are in different locations, so moron how the F did larry contact mary's sister? I will not speak to assholes like you or larry and everyone has access to a phone so I should be able to speak directly to mary's sister. You are an asshole, a crook and a pathalogical liar. AGAIN MORON EXPLAIN WHY YOUR "ASIAN ROYALTY SISTER" IS "ALREADY SPENDING THE MONEY" BUT THERE'S NONE FOR MARY?????? you are a lieing asshole!!!!!!!!!!!!!!!!!!!!!!!!!!!!!!!!!!!!!!!!!!!!!!!!! Please have the balls to explain why you lie about not being zap?

You annoy me little man zappy. First you insist you are not jerzy than jerzy on humanis call in's say's the same thing zappy writes.
so
Number 1 jerzy: you are a liar.
Number 2: how the F can you help the world when you can't pay rent, pay to get your computer fixed, afford gas to drive home from the holiday?
Number 3: your "Asian royal sister" who is already spending the money. But "mary" & "baby brad" are still on death's doorstep..Sure glad I don't have a royal sister like that. She sounds so very compassionate.
Number 4: A-hole what don't you understand. I have told you repeatedly: I will speak in spanish to "Mary's" sister but not to a liar like you or larry. A man who denies his identity is a fucking liar! Period! I do not like to speak to liar's so that's why I'm calling you out!

"BUT FIRST HE WANTS TO TALK TO MARY, NOT HER SISTER OR LARRY WHO ARE LOOKING AFTER MARY, KNOWING FULL WELL THROUGH SEVERAL EMAILS THAT MARY CAN NOT TALK. SHE JUST CAN’T. HE WILL NOT EVEN CALL LARRY ON THE CELL TO TALK TO HIM ABOUT MARY."

Again I WILL SPEAK IN SPANISH TO MARY'S SISTER BUT NOT TO A PROVEN LIAR.


Feb 11, 2011 - Jerzy Babkowski is a con man. ... Jerzy Babkowski at Base Group ... Stay away from this con man Jerzy Babowski. ... Despite her prior convictions, con woman Wendy Stevens is still actively deceiving people, and swindling ...

Jerzy Babkowski is a con man.   He runs cons, rips peoples money.  Plays games that is he is a big player in World trade.  He plays off he is connected to USA Government and all sorts of other lies.  Here is one example of the kind of absurd emails sent to one of Jerzy Babkowski’s victims.  He references one of the investigators on the project.  He uses Jerzy88@gmail.com as one email. Stay away from this con man Jerzy Babowski.  If you know him or anyone he is working for please contact us IMMEDIATELY.Hi Jeff – as I said, constrain him a bit – after many delays, the fundings are coming out as China and the families begin fulfilling agreements reached while Obama was here – it is no accident that the Nimitz was here for 4 days – that’s a tip of the iceberg as far as what is about to happen to the financial superstructure – my work here is a small part of what is happening, but is resulting now in major fundings that will allow the Reconstruction Projects to take place worldwide – this is not about me, but our Humanity – one small item that puts things into perspective is the fact that if we do not spend some amount of trillions and install the carbon sinks, the tectonics will create enough new volcanoes spewing gases, and release of the incredible amount of methane in the permafrost melts, to tip the balance and cause an inversion globally – we have a lower bottom layer that is hot, moisture laden, and increasing in sufficient gasses to flip up and the cold top layer at -273 degrees will flash freeze everything on the ground – remember the wooly mammoths frozen in ice still chewing food? – the top layer then drops into the cold (the rebalance of the temporary inversion), and we get a nice white planet for some number of years – I wish to have my daughter and everybody else to live on a blue/green planet instead of a nice white one – the work I have done since we attempted a strong concept for global distribution of goods and a place for incubators of tech, office space, and marketing, is still viable, but requires funding – between environmental technologies we posses that will prevent the next Ice Age to the new systems being put in place for economic re-development, the doors of the Families here and the China government have opened to release massive fundings world wide – I am part of that – I am well protected by National Security and the China Military Commission for this reason, and the Help that is being provided to Uncle is a large part of my efforts here – this work I have been involved in required silence, yes, but that does not mean I forget those that helped me get there – Investigator Jack’s comments are within bounds, but sadly mistaken on intent, development, and deployment – I have to do things by the book in this process or I would have been killed outright here – if the Investigator has indeed been in HK and China, he would understand that – any attempt at defamation will be dealt with quietly by Security, so be careful investigator – all know my background here as I do not hide it – rather, it is the fact that I am transparent and tell people my background so they can decide if they wish to work with me and only here to Help our Humanity get through this time ahead, that I am still alive and allowed to do the work I do at this level – my advice is for Investigator  to cool his jets as he knows not what he proposes yet – you Jeff, will be paid out within the next 10 banking days at this point, and probably sooner if you wish an approximate timeline – I trust I have been sufficiently clear and remember: time changes things and people greatly, so they bear may bear no resemblance to the original – thank you – in Our service – Jerzy

Next week ZAP will likely drop the Paymaster BS and go back to saying the funds are being released and or going through final compliance.  AGAIN!