#Vault7 That's it? Yet another Distraction by WikiLeaks Conditioning Us to Accept a Total Information Awareness Society

The following are two reports about the recent Vault7 documents released by Wikileaks. One is a video from TruthStreamMedia and the second article is by removingtheshackles.blogspot.com . They both make some good points about the recent WikiLeaks disclosures.

Vault 7.... That's it? Yet another Distraction by WikiLeaks 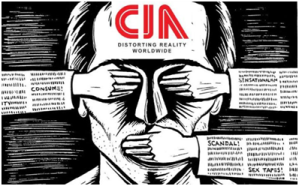 Well, as I've said multiple times for years now:  WikiLeaks= Distraction!!  Nothing they've released is actually "NEW", it's all information that we ALREADY KNOW!!

I've been waiting for this big "OHHHHH, AHHHHHHH" moment of the release of WikiLeaks "VAULT 7" dump of information..... the thing that has kept the alternative media glued to their computers, rubbing their hands together in anticipation.....  and Nope- I wasn't disappointed- This big "LEAK" is nothing more than rehash of stuff we already knew, Yet Again!!

So.... Ask yourself:  What was really going on that they needed to keep the alternative media distracted?

This morning, WikiLeaks released “the largest ever publication of confidential documents on the agency”. Since it can be quite difficult to search through the data yourself, we are assembling a list of the most notable information.

*The CIA can masquerade its malware as belonging to a foreign intelligence agency.

*The CIA stole hacking malware from the Russian Federation for their own use.

Already surmised this, from the fact that the Russians are holding several people from Russian Malware companies on unknown charges.

*The CIA is hacking everyone, including US citizens.

*Every microphone and webcam is remote controllable.

Again, this is such old news as to be barely a yawn

*The CIA’s exploits have been leaked internally and can be used by unauthorized people to gain access to virtually anything.

*CIA malware can infiltrate iPhones, Androids, Windows Phones, and even your smart TV.

We've known this for YEARS!


*The U.S. consulate in Frankfurt is a covert CIA hacker base.

Again, we already knew that!

*The CIA can hack cars for “undetectable assassinations”

*CIA malware can infiltrate your macOS and Windows computers.

*CIA malware infiltrates your smartphone to read messages on encrypted apps, before you send them.

Doubly boring!!!  This news was released in the main stream media in 2013  for fuck sakes!!!

*The CIA was supposed to reveal major vulnerabilities, but instead, hoarded them for their own use.
Notepad++, a popular text editor, has a DLL hijack.

*CIA has Android malware that makes Android phones bulk-spy on WiFi networks around them.