Wildfires across several states in central U.S. have consumed an incredible one million acres killing seven and causing evacuation of thousands 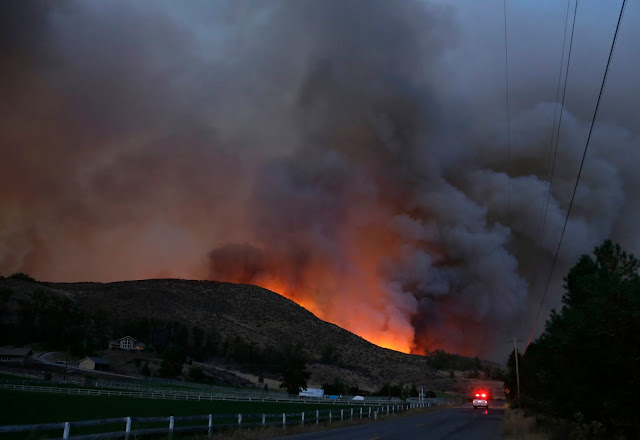 Photo The Blaze
At least seven people have died with more missing after wildfires across several states in central U.S. have consumed an incredible one million acres.
Wildfires in Amarillo, Texas, and surrounding areas, accounted for the deaths of 3 people after trying to save cattle.
KAMR reported that a fourth fatality was reported in Lipscomb County. Another was reported in Ochiltree County. 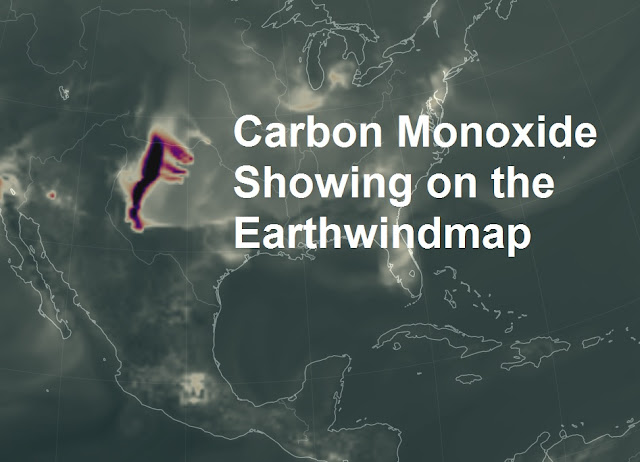 Click to enlarge
Three other people died due to wildfires in Kansas and Oklahoma. A 63-year-old woman near Buffalo, Oklahoma, died from a heart attack as she tried to save her farm with her husband.
The Oklahoma Forestry Service said the fires burned 400,000 acres across the state. Gov. Mary Fallin declared a state of emergency for 22 counties.
According to a statement from Kansas Gov. Sam Brownback, a man died from smoke inhalation in Clark County; 350,000 acres of the county are consumed, and nearly 13,000 people had to be evacuated. 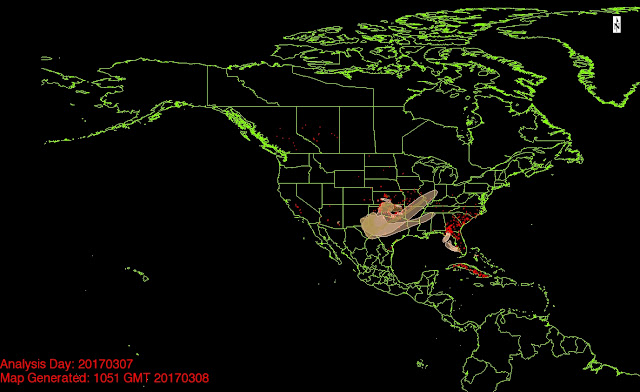 Click on image to enlarge
Sent in by Lonnie
Reports from the Texas A&M Forest Service said the Perryton Fire located in Ochiltree and Lipscomb counties in the Texas Panhandle is an estimated 478,935 acres in size. The fire has skirted south of the city of Higgins as of 11:58 a.m. CST Tuesday.
Texas A&M Forest Service has been on the scene with ground resources working in conjunction with local resources. Two homes have been reported as destroyed.
The Dumas Complex Fire near the city of Amarillo, Texas, is 100 percent contained, leaving an estimated 29,197 acres burning as of 5:19 p.m. CST Tuesday.
Ochiltree County Sheriff Terry Bouchard said that as many as 500 animals died in fires that consumed commercial hog barns.
Governor Greg Abbott activated state resources to help combat the fires. Air attack aircraft was assigned and two single-engine air tankers have made fire retardant drops on the fire on Monday evening. State fire marshals are investigating the cause of the wildfire and the four fatalities.
A grass fire in Logan County, Colorado, also wreaked havoc on Monday, burning an estimated 30,000 acres. Four structures were damaged, but no deaths or injuries were reported.

The combination of strong winds, dry air and dormant vegetation in the central United States will continue to raise the risk of brush fires through midweek, reports Accu Weather.

» Unprecedented - 30 wildfires/9 states - "Turning livestock loose to run from wildfires"
» "FOREX HAS BEEN ABSORBED BY CIX - CENTRAL INTERNATIONAL EXCHANGE. CIX IS OWNED BY ALL THE CENTRAL BANKS IN THE WORLD AND THIS MAKES EVERYTHING BASEL III COMPLIANT AND IT GIVES EVERY COUNTRY SOME SAY IN THEIR CURRENCIES"
» Breaking => The Audacity Of States: Nine States Voting on Nullification Measures!
» Citizens from 15 states have filed petitions to secede from the United States
» CA Wildfires Updates 12/08/17