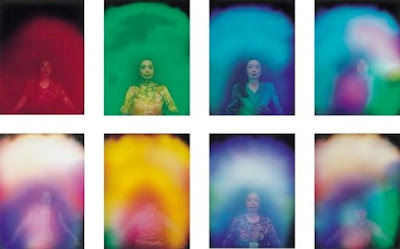 (Christina Sarich) Polycontrast Interference Photography (PIP) is a photographic technology that reads light emitted from the body at gradations which are not picked up by normal cameras. It is also known as “Kirlian photography.” Different gradations and colors of light reveal where there is disease or inharmony in the body. The technology essentially measures bio-field energy changes that are reflective of emotional or physical degradation.

The technology has become so accessible, that you can even purchase a handheld Energy Vision camerathat works with android devices to view live-streaming video that reveals real-time subtle interference patterns in energy fields not normally viewable by the naked human eye.

Oldfield surmised that the human energy field interferes with photons – energy packets of light – or what might be called “subtle energy photons” in some way. He decided that ambient (surrounding) light would be interfered with by the field both when the incident ray traveled towards the object and when the reflected ray bounced off the object. His PIP technology is a computer program that can analyze the different light intensities being reflected from a person or an object being scanned.

“We believe that we are showing up an energy interaction with light, which is giving us an insight into the energy counterpart, the etheric template on which our physical molecules are strung. On average, every atom in the human body is replaced every seven to nine years. Think of your body not as a physical structure but as a moving fountain of molecules that are constantly being replaced. So what keeps them a coherent recognizable form? We believe it to be an organizing template of energy.”

In over three decades of research Oldfield has discovered numerous pathologies in the body using only his special photography. This research also led him to many incredible discoveries, including that of a ‘crystal-dwelling energy entity’ – perhaps another form of life here with us on Earth.

Other interesting phenomenon that has occurred using PIP photography surrounds an incident that occurred in 1995 when Oldfield was conducting scientific research on the well-known psychic surgeon, Stephen Turnoff. While Oldfield was examining the healer’s energy field with PIP photography, a face with a beard appeared on his computer screen and smiled at him.


Oldfield attests this was a being from another world – a spirit guide for Turnoff – that was captured on scientific equipment. The same phenomenon happened while measuring the energy field of Gary Mannion, though the psychic was later accused of fraud.

Though many call PIP ‘fringe’ science, there are multiple scientific studies and devices that have now documented ‘qi’ or Life Force. Infrared technology, micro-pressure detection, wavelength measurements, acoustical technology, polycontrast interference photography, and even a ‘qi’ measuring device all provide ample evidence that the energy body not only exists, but can be greatly affected by different healing modalities which modern, Western science don’t even have a vocabulary for, let alone an understanding.

Using Oldfield’s technology to view heretofore unseen images of the microscopic Universe living in its energetic state in all of us is fascinating, but the potential of this ‘vision’ is real. Though PIP is strictly an “analysis tool” that can be used to reveal patterns of non-visible light, it can be used by a practitioner to see, in real-time, if an energy-based healing is working.

Christina Sarich is a musician, yogi, humanitarian and freelance writer who channels many hours of studying Lao Tzu, Paramahansa Yogananda, Rob Brezny, Miles Davis, and Tom Robbins into interesting tidbits to help you Wake up Your Sleepy Little Head, and *See the Big Picture*. Her blog is Yoga for the New World. Her latest book is Pharma Sutra: Healing The Body And Mind Through The Art Of Yoga.

This article was originally titled “Energy Technology Can ‘Read’ the Body for Disease Using Special Photography”. It was found on TheMindUnleashed.com and republished on this website for educational purposes.
________________________
Thanks to Justin at: http://sitsshow.blogspot.com

Re: Energy Imaging Technology Can ‘Read’ the Body for Disease Using Special Photography Mon Mar 13, 2017 7:57 am