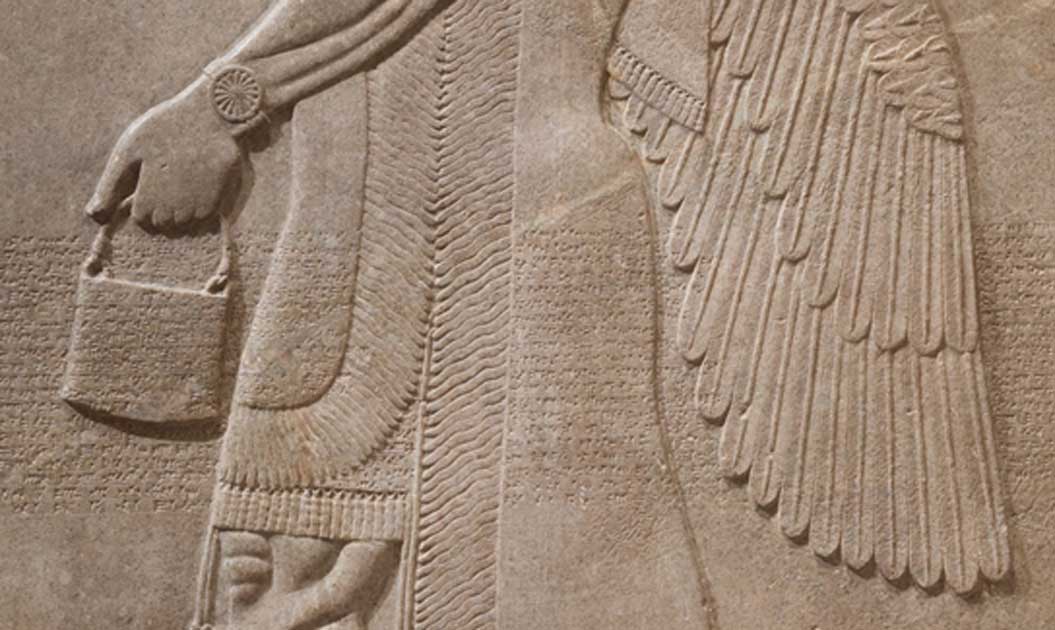 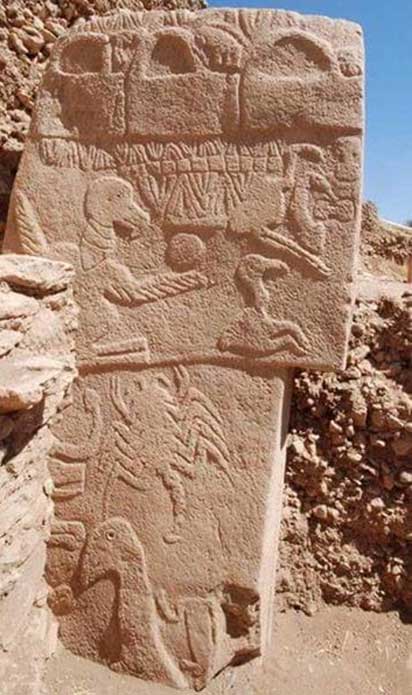 Published on Mar 16, 2017
The goal of this video is to show how the handbag motive is present in several ancient cultures dating back as far as 10.000 years BC. I don’t have to answer to question what the symbol of the handbag means in all these cultures, but at the end of the video we’re going to explore a couple of theories.

I’ll start with the pictures form ancient Egypt and Mesopotamia, since these are the most know to most people. Mesopotamia was the historical area between the 2 rivers the Tigris and the Euphrates. It contained parts of Iraq, Syria, Turkey and Koeweit. This area is known as the cradle of civilization.

To use a chronological order we’ll have to start with the recent archeological discovery of Gobekli Tepe which was excavated by a team of archeologist led by Klaus Schmidt in 1996. Gobekli Tepe is situated in Turkey and is believed to be an early Neolithic sanctuaries used as a holy site dating back as far as 10.000 BC. During the excavations this interesting stone carving was discovered. You can clearly see a stylized depiction of 3 handbags.

That’s only the start for our handbag mystery throughout ancient times.

The handbag is also connected to the history of the Annunaki, who represent a group of deities in ancient Mesopotamia.

During the time of the Sumerians, the Phoenicians, Assyrians and the Etruscans the handbag motive is dominating stone carvings and statues as we can see from these examples.

It’s interesting to note that the handbag was often shown in combination with the so called tree of life. The image of the tree of life can be found in many different civilizations and there is no consensus regarding it’s meaning. In most cases it represents interconnectedness of all sentient beings. They may give us a clue about the true meaning of the handbag motive.

To my knowledge there are no stone carvings in ancient Egypt that depict people or deities carrying a handbag, but of course we all know the images of people carrying the Ankh. According to most Egyptologist the Ankh represents “life” and is often seen in the proximity of a diety. In most cases the diety will be carrying the Ankh. Is it possible that the Ankh represents the same symbol as the handbag in Mesopotamian cultures?

Let’s cross the ocean to South America where the handbag motive is also very noticeable.

At the archeological site La Venta in Mexico this interesting stone carving was found. It clearly shows us a man carrying a handbag that looks very familiar. How did this symbol crossed the ocean and why is it, again, depicted in so many important stone carvings and statues.

Another example of the handbag can be found in Tula, another archeological site situated in Mexico that was developed during the times of the Toltecs after the fall of Teotihuacan. These statues depict ancient warrior and if we looks closely we see that they too are carrying the familiar handbag.

In several Mexican museums you can find numerous other examples.

Even in Indonesia we find ancient stone carvings with a stylized version of the handbag.

So now we have established the fact that handbags are a very present motive in ancient art, but we haven’t answered the question on what this symbol means. To this day, there is no clear answer why ancient art put so much focus on this item.

One theory suggests that the handbag is the tool used for gathering food (berries, small animals, eggs etc) and that’s the reason why it was so important to these cultures. There is no doubt that in ancient times people would have used handbags to gather food, but that does not explain why it was so prominently depicted in their art. Espially the carvings that show important deities and gods.

My personal view on this symbol is linked to the ancient aliens theory. I noticed that this symbol was used in combination with the tree of life and the annunaki. I get the impression that handbag stands for the knowledge that the ancient gods were handing over to humanity. The myth of the gods coming down to earth and give their knowledge to mankind is as old as these carvings and can also be found across the earth. Think of the Annunaki, the Aztec stories of Quetzalcoatl, the feathered serpent, to name a few. There are many many more examples of these stories in which the gods share their knowledge with us. Could it be that the bag did actually contained certain technology that is still unknown to mankind?

» These are the Bloodlines of the Anunnaki 'Gods'
» Beyond Ordinary News ~ Anunnaki Gods NO More
» DNA Of The Gods: The Anunnaki Creation Of Eve And The Alien Battle For Humanity
» ENKI SPEAKS : ANUNNAKI GODS NO MORE by SASHA LESSIN
» Reptilian Gods of the Distant Past – The Ancient Anunnaki